Hot temperatures, showers in the forecast 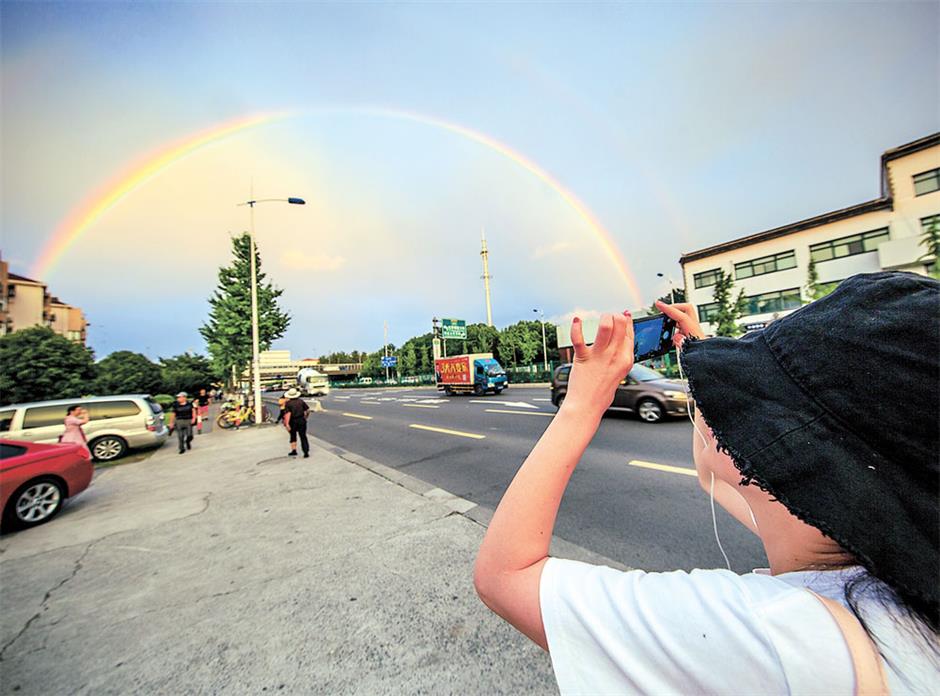 A woman takes a picture of rainbow that showed up on the Shanghai skies after a brief drizzle yesterday.

Shanghai will see highs of up to 35 degrees Celsius this week, as scorching temperatures return in the wake of Typhoon Ampil.

Today and tomorrow will be cloudy, with highs of 34 to 35 degrees and scattered showers in the afternoon. Thursday will bring relief from the rain, although the city will see highs of 35 degrees or above into the weekend, according to Shanghai Meteorological Bureau. 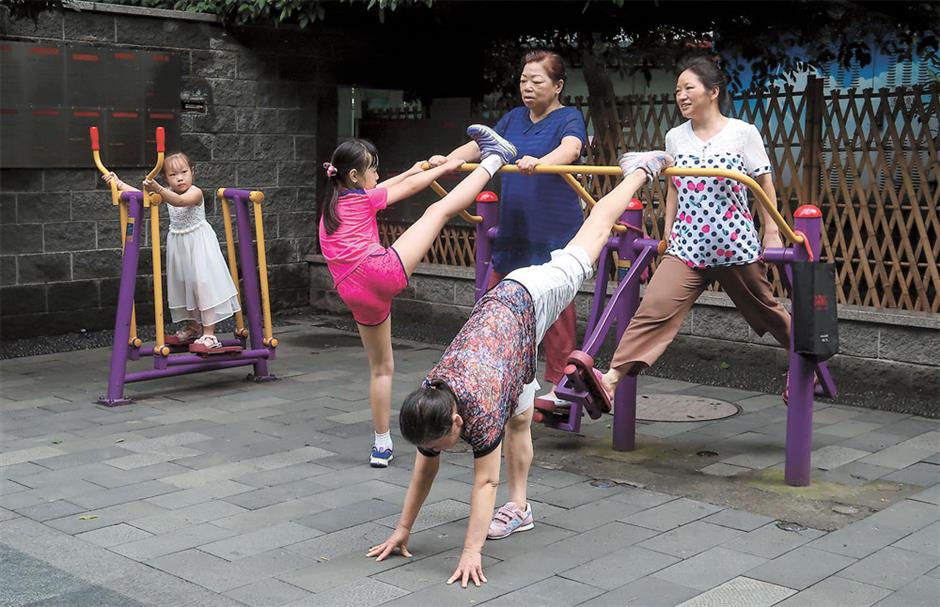 People exercise at Liyuan Park in Huangpu District yesterday morning before the onset of the afternoon heat. The city will see highs of up to 35 degrees Celsius this week as hot weather returns after the weekend’s storm.

The mercury rose to 33 degrees Celsius yesterday, the day which marked the start of the dashu solar term. Temperatures during the 15-day dashu, or “great heat,” period historically average 29.3 degrees, according to the benchmark Xujiahui weather station.

China’s national meteorological center has also announced that a tropical depression which developed over the South China Sea on Saturday has weakened after moving north. It reached waters 230 kilometers off the northeast to Taiwan as of 8am yesterday.

The storm will likely subside at sea and won’t affect the country’s weather, the center said.