Veteran chef cooks up a feast of lotus delicacies 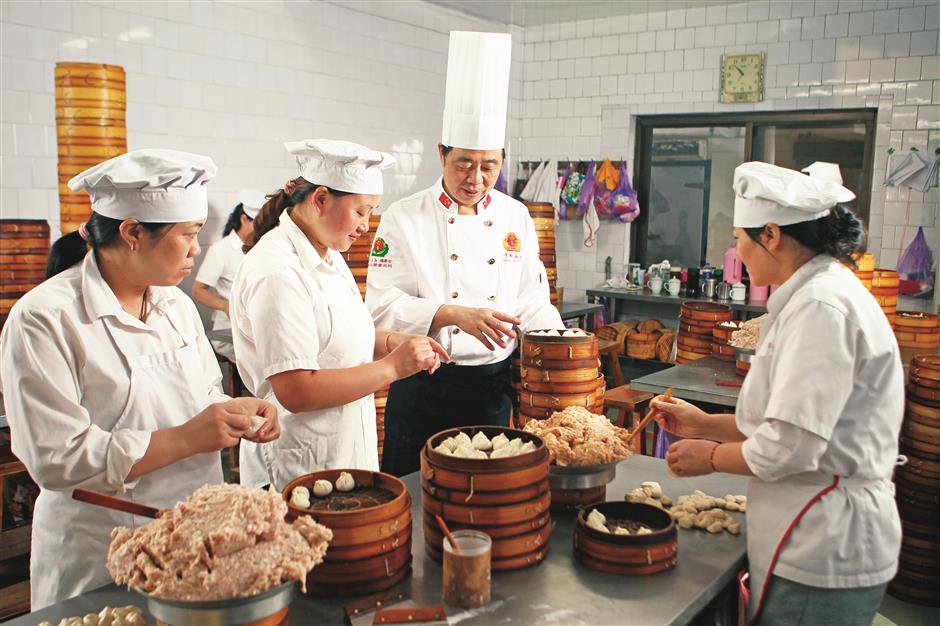 Li Jiangang (center) gives instructions to his staff as they prepare xiaolongbao at Guyi Garden Restaurant. Although he no longer does the cooking, Li still keeps his eyes on the quality of xiaolongbao.

Jiading’s Guyi Garden Restaurant has been drawing hordes of visitors keen to savor the delicacies on offer, especially since one of their main ingredients is lotus — a majestic flower that is in full bloom this season.

The lotus is a natural attraction of Guyi Garden, particularly now as it hosts a flower festival, which has attracted hundreds of thousands of visitors, who make it a double delight for themselves by enjoying a feast of lotus dishes.

Li Jiangang, general manager and executive head of the restaurant, has designed the lotus dishes for this season, using parts of the lotus as main elements to highlight the summer days.

Having worked at the restaurant for 42 years, Li is now the most senior chef. This year, he was honored as a national intangible heritage inheritor while also winning the Jiading Craftsmanship award for his delicate xiaolongbao making skills. Li is not overtly excited about such accolades, insisting that every diligent person can achieve a success.

“During my apprentice days, it was common that my tutor would be very strict with me, even to the extent of making me cry. He did so to let me know that there was no shortcut to be a chef, only diligence and devotion, and luckily, I succeeded,” Li said, citing four requirements of himself at work — quality, diligence, innovation and inheritance.

Li recalls how he went to Japan in 1999, planning to launch a xiaolongbao restaurant. During the trip, he was surprised at the standardization in Japan; he returned home and drafted a standard for making xiaolongbao — inherited from ancient times: 8-gram skin, 16-gram stuffing and 18 folds at the top.

Although he stays nearby, Li still arrives at the restaurant at 6am daily, checking the quality of food and the status of every cooking equipment. Also, he doesn’t need to make xiaolongbao or cook the food himself, but he still cares about the quality of ingredients such as flour, pork and vegetable and makes sure every part of the food is fresh. He even drives to Anji County in neighboring Zhejiang Province personally to pick the most tender winter bamboo shoots.

When cooking for the lotus feast, Li has to prepare the ingredients that will go into making the dishes. 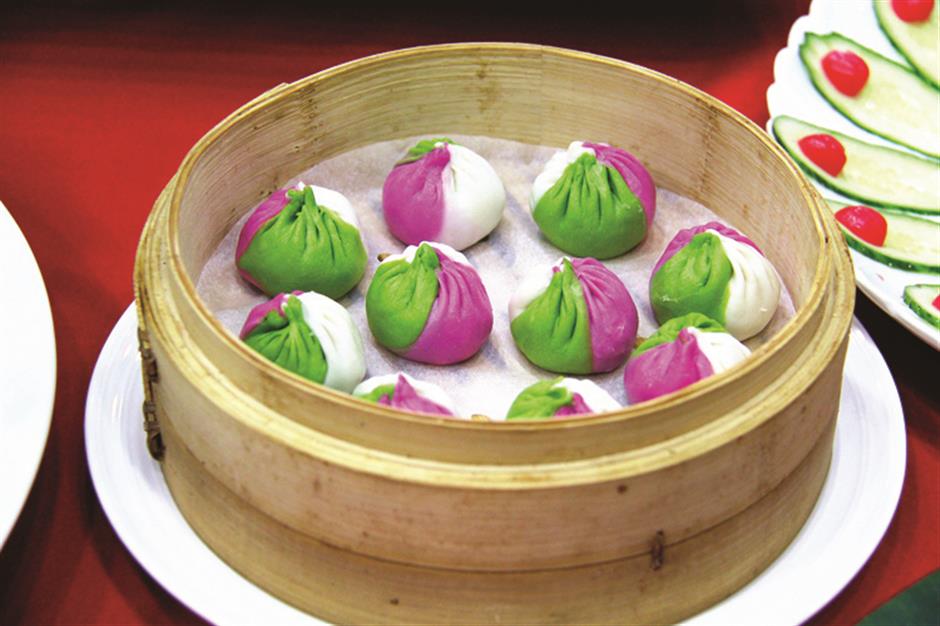 The three-color xiaolongbao is sold at Guyi Garden Restaurant. The stuffing inside is made of pork with lotus roots.

Although there are plenty of lotus growing in Guyi Garden, most of them are only for show and are not edible. As a result, Li, through his research, found white lotus roots in Dongmata Lake in Shandong Province and he prefers to use them because of their sweet, tender and juicy taste.

Traditionally, pork is the only stuffing in xiaolongbao. However, Li has used innovative ideas to attract customers from all around the globe to taste Shanghai’s specialty. His xiaolongbao, boasting a variety of stuffing, including crab meat, shrimp, dried scallops and abalone, is then steamed, offering more options for customers.

Apart from the innovation of stuffing, Li’s team also developed xiaolongbao with five colors which became another wanghong food during the lotus festival last year.

“We have recently created xiaolongbao with vegetable stuffing during the winter bamboo shoot offseason,” Li said. The restaurant currently sells 4,000 to 6,000 xiaolongbao daily, with the specialties accounting for 20 percent.

In April this year, Li took his xiaolongbao to international sporting competitions such as the Formula 1 Chinese Grand Prix and cycling’s Tour of Chongming Island (China) under the UCI Women’s World Tour held in Jiading and Chongming, providing a taste of China to the foreigners at the scene.

Now approaching his 60th birthday, Li believes younger hands can take his position. “Fewer and fewer people are willing to learn this skill because it is dull to repeat one thing all the time,” he bemoans. Fortunately, some 20 young chefs trained by Li are qualified to be inheritors. Also, the Li Jiangang Xiaolongbao Making Workshop has been unveiled at Shanghai Dazhong Technical School and Nanxiang Elementary School to cultivate more young talents.

“My grandson’s nickname is Xiaolongbao. I gave the name,” Li said with pride. So, xiaolongbao — the Chinese characters — will continue to be a part of his life even after his retirement. 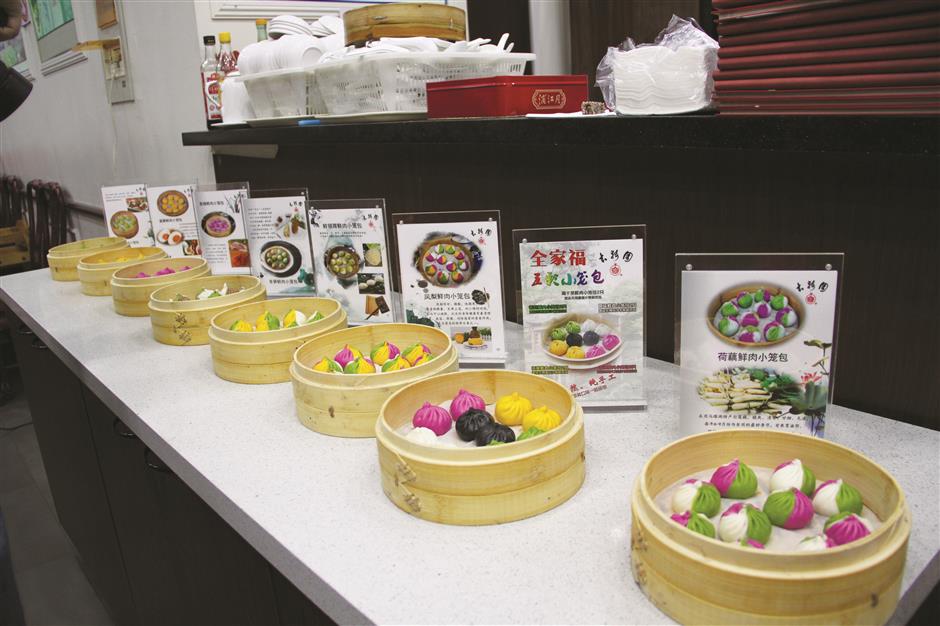 Xiaolongbao, in a variety of colors, are on display at the Guyi Garden Restaurant, with information about the fillings, such as pineapple with meat and winter bamboo shoots with meat, put alongside.