Building a community bridge on basketball 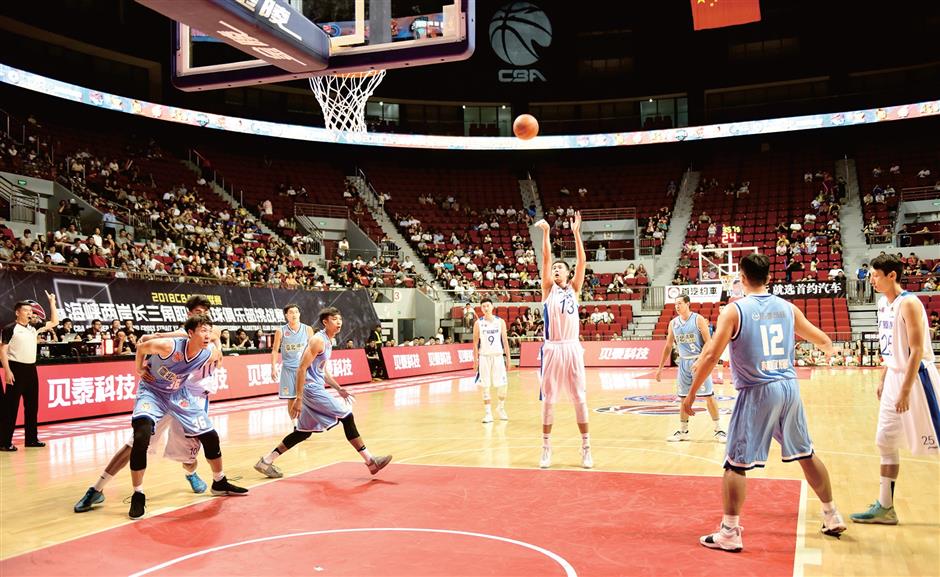 THOUSANDS of basketball fans descended on the Baoshan Sports Center last Wednesday in anticipation to watch the opening game of the summer league of 2018 China Basketball Association.

Two Super Basketball League teams from Taiwan Island and six CBA teams from the mainland competed for the championship during the five-day competition, which is also the Cross Strait Yangtze River Delta Professional Basketball Club Challenge.

Wang Hong, the Party secretary of Baoshan, announced the opening of the game, while Yao Ming, former basketball player and current head of the Chinese Basketball Association, led the tip off for the first game along with Li Wenhui, director of the Shanghai Taiwan Affairs Office.

The game aims to create an exchange platform on sports culture and boost cross strait exchanges on basketball as well as promote economic, sport and cultural cooperation, according to the Baoshan District government. The game is also part of Memorandum of Understanding signed by Shanghai and Taipei in 2017 on basketball cooperation.

“The summer league has not only offered an opportunity for CBA clubs to warm up but also expand basketball culture and drive mutual learning and exchanges between cross strait teams,” said Zhang Xiong, general manager with the CBA League (Beijing) Sports Co, the organizer of the game. 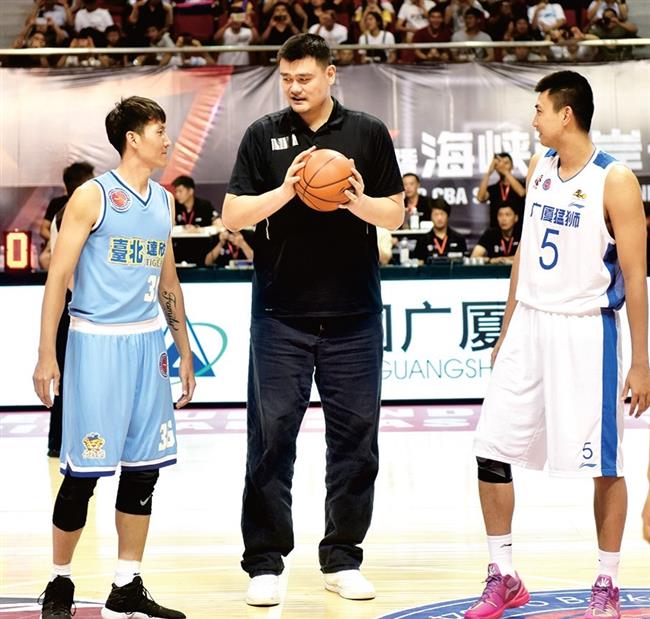 Yao Ming (center), former basketball player and current head of the Chinese Basketball Association, leads the tip off for the first game.

To better promote basketball among local citizens, Baoshan District Sports Bureau held a basketball culture exhibition at the sports center during the game. Thirty exhibits, including the earliest basketball, basketry and a profile of James Naismith (1861-1939), who invented the basketball game in 1891, were displayed on the sideline of the summer league game to showcase the game’s 127-year-long history.

A number of amateur competitions were organized during the game, such as a friendship basketball match among local sports media, a competition for cheerleaders, a carnival, sneaker exhibition, forums, electronic sports games and social welfare events.

Baoshan has pledged to construct a “basketball city” as a major task during its 13th five-year plan on the sports industry. The district government aims to create its unique basketball culture and organize a number of influential grassroots basketball games among citizens throughout the year.

“These games have largely enhanced the public’s enthusiasm for basketball and sport. The basketball games have become an important way for Baoshan residents to take part in sports,” a Baoshan government official said.

“The district has cultivated many world’s famous athletes, such as Xu Xin, the world No. 3 table tennis player, and Wu Jiaxin, the semi-final archery player at the 2016 Rio Olympics,” Jiang said.

Additional professional basketball courts and sports parks will be built across the district, including in its agricultural towns like Luojing. The aim is to enable residents to reach a sports site within a 15-minute walk.

The district government has developed the Baoshan Sports Center into a professional basketball court which meets the requirements of NBA games. It will also introduce more professional games to better promote the game among the public.

Currently, the district has 80,000 square meters of sports facilities. It hosts 1,200 sports events and competitions every year, with more than 900,000 Baoshan residents — or nearly half of its population — taking part.

Various competitions will be held, such as a monthly “street basketball competition.”

It will be hosted on the first Saturday of every month at the sports center. Basketball games are also being hosted in the agricultural towns of the district.

Luojing Town in the northern part of Baoshan, for instance, plans to develop itself into a “basketball town” with public competitions as well as training sessions for children.

Villagers and farmers in the town all take part in an annual public basketball game. Last year, 16 amateur teams took part in a tournament, which culminated with the town’s police station defeating sports teachers from Luojing middle school to win the 2017 championship. This year’s competition tips off on Wednesday.

“This is part of the township government’s efforts to encourage more people to take part in the sport as well as train more professional athletes for the city,” a town official said.

The town, which lies along the Yangtze River, serves as a major agricultural base for Shanghai and is renowned for its Yangtze River hairy crabs and crayfish. Residents in the town have a long obsession with basketball, with many grassroots master players. The oldest player during the competition was over 70 years old. 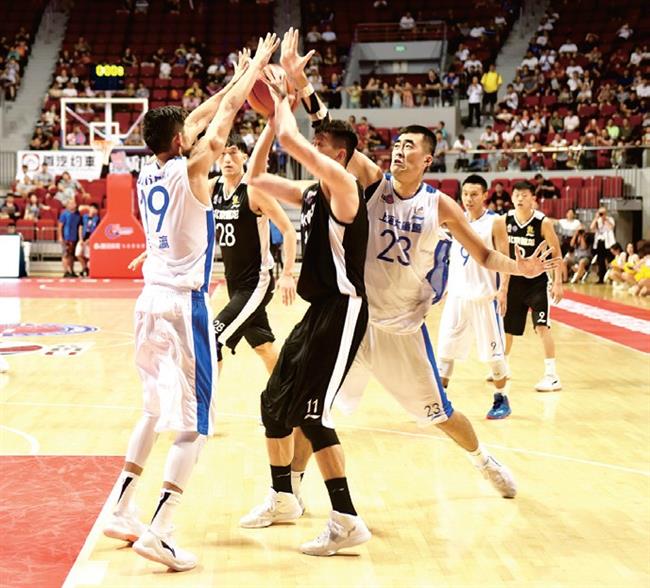 Apart from basketball, the district government has also introduced other world renowned sports events, such as the British Blackpool Dance Festival which will be held this month in Baoshan, to attract more public participation, said Jiang.

This year’s Blackpool festival, known as the “Ballroom Dance Olympics,” will be held in sports center from August 16 to 22. Dance performances, training sessions and public lectures will be held during the festival to promote ballroom dancing among local residents.

This is the third time the festival, which began in 1920 in the northern English town of Blackpool, has been held in Shanghai. In 2016, it was held outside of the UK for the first time at the Shanghai Grand Stage, where it attracted over 20,000 dancers and audience members.