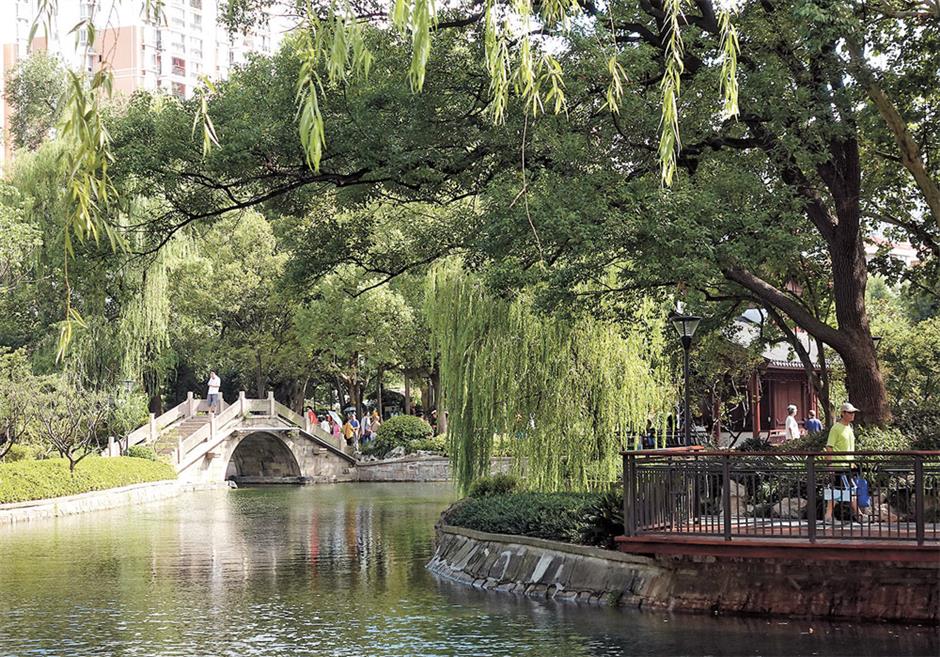 Visitors stroll through the western section of Zhabei Park yesterday.

Renovation of the area, where the park’s major attractions are located, started in late December last year. Meanwhile, the park’s eastern section, which features a water lily pool and a children’s play area, was closed for renovations of its own starting yesterday, said Jing’an greenery authorities.

According to the officials, many of the park’s promenades and buildings have become damaged with age; while its drainage system was also in need of repairs. To keep the popular park open for visitors, officials opted to upgrade its grounds in two phases.

As part of the concept, a new drainage system channels rainwater into an underground purification and storage system which also prevents rain from pooling on roads.

Amid the upgrades, some of the park’s historic structures, including the tomb of Song Jiaoren, a Chinese revolutionary and founder of the Kuomintang, retain their original appearance.

Among the cosmetic improvements, the park’s riverside corridors and pavilions have gotten a facelift. Walls were repainted and damaged roofs were given fresh black tiles.