Well-known as an innovation hub and a cradle for startups, Yangpu is playing its part in building Shanghai’s “four brands”: Shanghai Service, Made in Shanghai, Shopping in Shanghai and Shanghai Culture.

The district is building itself as a shining example of high quality service, entrepreneurship and innovation in line with the Shanghai Service brand.

The district will build an innovation demonstration zone. The construction of a number of R&D and fundamental transformations platforms, the cultivation and agglomeration of young entrepreneurs and innovative talent and the support of techfinance will jointly form a more open, inclusive and convenient world-class innovation ecosystem.

By 2020, the added value of intelligence-intensive modern services in Yangpu will grow at an average of over 15 percent per year, accounting for 45 percent of tertiary industry.

The total space of industrial parks, incubators and among other facilities for the promotion of entrepreneurship and innovation will reach 1 million square meters by then. The amount of venture capital and guiding funds will total 10 billion yuan (US$1.46 billion).

Identified as a major part of Shanghai’s ambition to become a global science and technology innovation center, a regional demonstration base of mass entrepreneurship and innovation and one of the country’s first pilot innovation districts, Yangpu is an ideal destination for innovation.

It will take advantage of its intellectual and educational resources — the district is home to several century-old universities, industries and public utilities and the annual week-long national campaign for mass entrepreneurship and innovation.

Together, the most dynamic service for entrepreneurship and innovation, the most convenient government services and the best public service help “Innovation Yangpu” serve as a key part of the Shanghai Service brand. 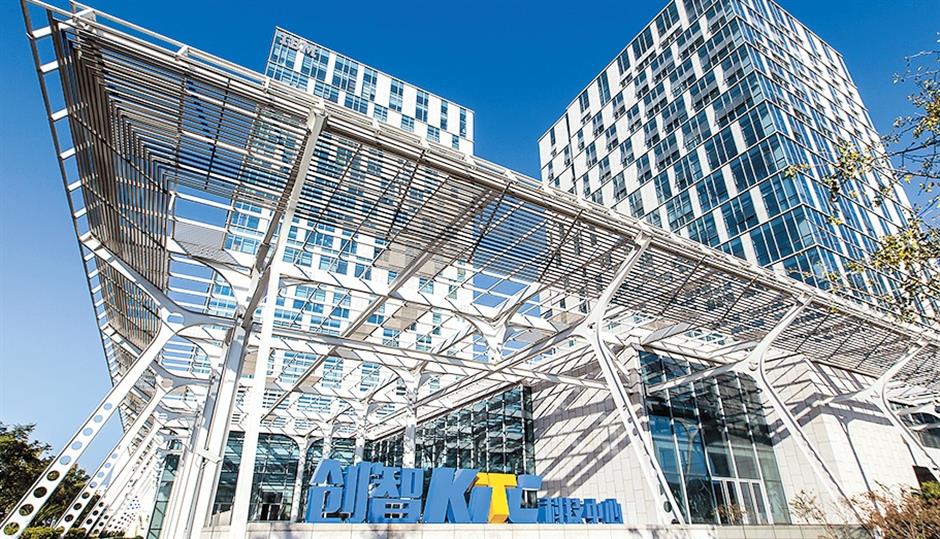 Yangpu integrates the resources of universities and gives full play to the coordination of all kinds of research institutions in the district to serve mass entrepreneurship and innovation.

It works with the China Industrial Design Institute to create a national industrial design innovation, R&D and functional transformations platform and optimize the layout of Greater Tongji design and creative cluster.

On the basis of consolidating and developing architecture, urban planning and design, landscape design and municipal engineering design, firms in Yangpu will extend business upstream and downstream in the industrial chain, including the development of consulting and planning, general contracting, general integration and other fields.

The district will also promote the development of creative and fashion industries, the construction of Shanghai Cloud Computing Valley, the Shanghai Big Data Innovation Base and upgrade the Internet of Things Science Park.

The construction of the Shanghai Intelligence Industry Innovation Institute and the Collaborative Innovation Center of Shanghai Terahertz Spectroscopy and Imaging Technology is also underway.

The transformations and industrialization of achievements made through the innovation platform of neural network chip and intelligent system-on-chip or by the innovation institute of Shanghai Beidou Satellite Navigation Platform Co is being accelerated.

A service-oriented and data-driven comprehensive application demonstration of Beidou Satellite Navigation is being created as the first of such kind throughout the country while an innovation industrial park of military-civil integration is being built.

Through the sports resources of prestigious universities, Yangpu will also become a leading example in the scientific and technological innovation of competitive sports, national fitness and health management.

It will strengthen cooperation with key hospitals in the district and promote the development and agglomeration of the health industry, including intelligent medical diagnosis and precision medical treatment and medical care. 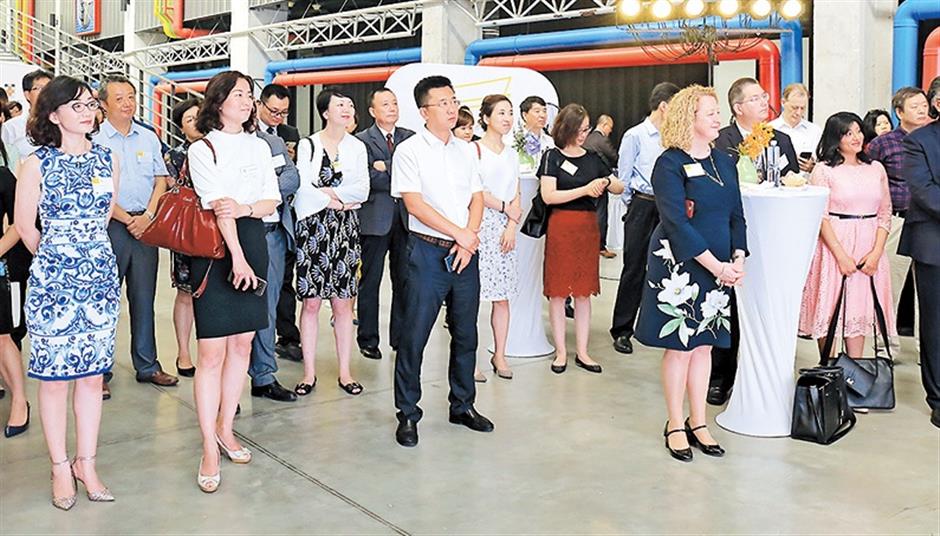 Officials and guests attend the inauguration ceremony of the UNSW China Centre, an interdisciplinary research center launched by the University of New South Wales in Changyang Valley.

Yangpu has outlined a layout of innovative and coordinated development of its west, central and east areas. In the west is a corridor of innovation economy with the Wujiaochang Sub-CBD as its center and the Dalian Road headquarters and R&D cluster as its wing.

The central area is where influencers and leading talent work and live. And the east is the Binjiang International Innovation Belt which is going to be a future waterfront in the post-industrial era with public cultural and sports facilities as well as an area for creative immersion.

The century-old industrial bases and factories are now clusters of new economies. The Changyang Valley, formerly Donghua Textile Factory, is now an innovation campus of 150 leading startups and small and medium-sized tech firms. During an inspection visit in April, Premier Li Keqiang asked that the Changyang Valley be built into an international innovation hub.

Additionally, Yangpu will build an investment and finance system to serve mass entrepreneurship and innovation enterprises and optimize its industrial policy to support the development of intelligence-intensive modern services and strategic emerging industries.

The district will improve its education, medical and housing services, business access, enhance in-event and subsequent supervision to create a fair and transparent credit system and rule of law to encourage mass entrepreneurship and innovation.

Yangpu will also extend its service to the Yangtze River Delta to coordinate with other areas in the region to optimize the development of an industrial system and standardize market practices.

The district will strengthen cooperation and exchanges overseas. The University of New South Wales has launched a new interdisciplinary research center in Changyang Valley.

A memorandum with Start-up Denmark this year aims to jointly build an international incubator. Yangpu also plans to set up an office in Silicon Valley in three years and then Silicon Alley in Manhattan and Silicon Beach in Los Angeles to introduce more high quality startups from the United States.

Yangpu will customize its services for different enterprises to attract more international firms, R&D centers and top companies to lead the development of mass entrepreneurship and innovation in Shanghai.