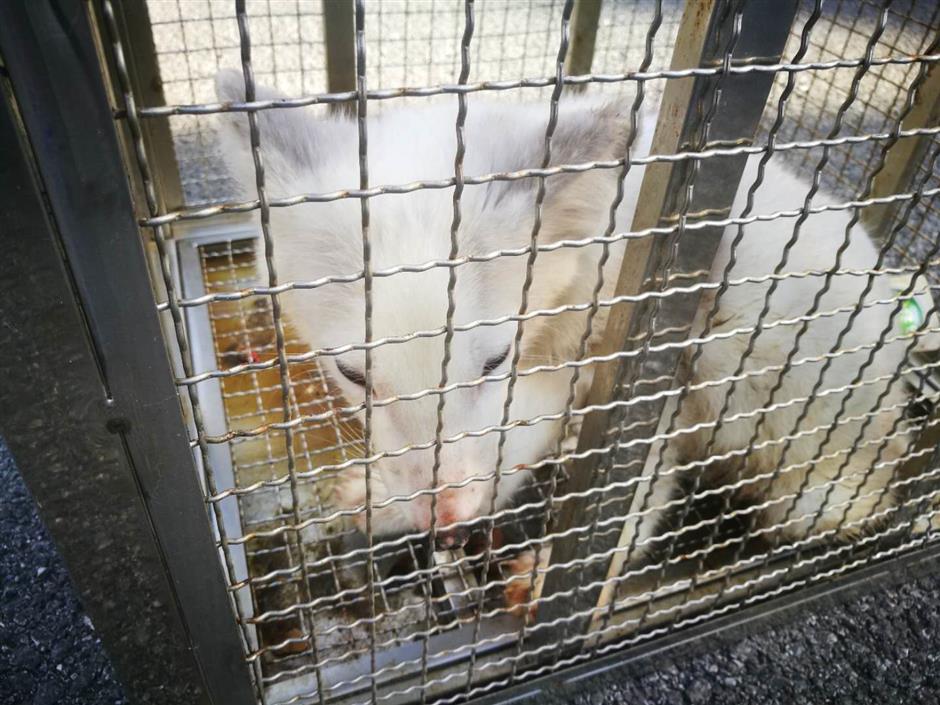 The arctic fox found in a Shanghai park

An arctic fox was found in Shanghai's Gulf Forest Park last Saturday afternoon, and has since been handed over to a local wildlife protection station, police said on Tuesday.

Staff at the park spotted the animal and reported the case to police in Fengxian District, where the park is located. It was later identified as an arctic fox.

The fox had an injury on its right leg, police said.

Local wildlife experts are now taking care of the fox and said it will eventually be handed over to a zoo.

The arctic fox is not indigenous to China and is not found on national lists of protected or endangered animals.

This is not the first time an arctic fox has been found in Shanghai. Local media reported last year that one was found in Gongnong Park in Yangpu District, while another was found in a village in Jiading District.

According to wildlife experts, those arctic foxes were likely to be abandoned pets of residents.

There are some arctic fox farms in China, but the foxes there are mostly mixed breeds which are accustomed to the climate here, according to experts.

They warn that it's illegal to raise wild animals without permits from the relevant authorities, and that abandoning wild animals which are alien to the environment here could endanger local animals.