Meet the woman doing her bit for China's aerospace industry 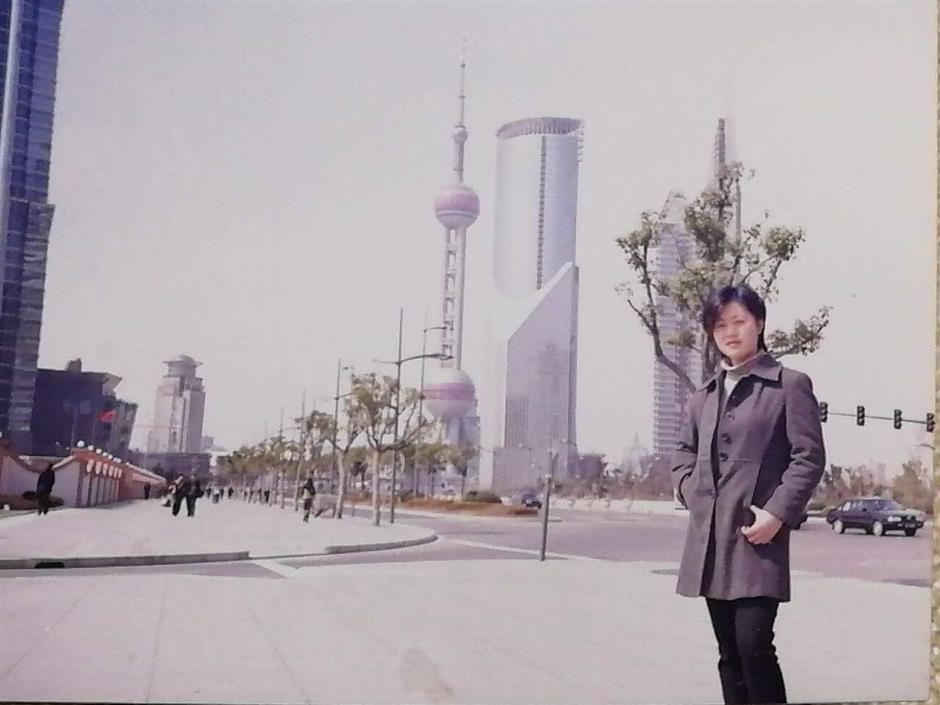 Miao Jian was born in Shanghai in May of 1977. As the chief technician of the National Master Skills Studio, she has been involved in the development and production of key components for launch vehicles, tactical weapons and spacecraft.

Miao has devoted herself to the aerospace industry for 23 years, and her progress was accompanied by the process of China's reform and opening-up. She says it's exactly because of reform and opening-up that she returned to Shanghai with her parents who were sent to an inland region during a national campaign.

She was able to participate in and witness major milestones in China's space industry. Here she talks about it all in her own words. 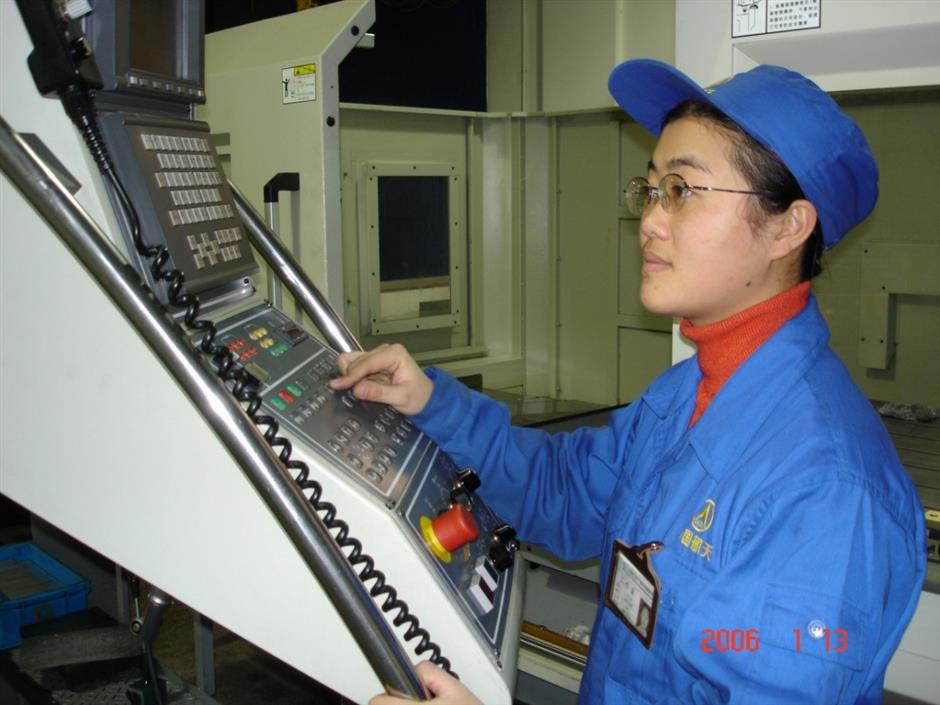 I still remember the key moment during the launch of the Shenzhou-6 spacecraft on October 12, 2005. The entire workshop fell silent during the countdown, and my colleague and I burst into tears after it was clear the launch was successful.

The Shanghai Aerospace Bureau that I work for took charge of the manufacturing of some image measurement and control facilities, communication equipment and landing buffer engines for the Shenzhou-6 spacecraft.

I am now a senior technician in both milling and machining at the precision machining center of the Shanghai Aerospace Control Technology Institute. I am also the chief technician of the National Master Skills Studio. I have participated in the development and production of key components for carrier rockets, tactical weapons and spacecraft.

My progress is in accord with the process of the nation's reform and opening-up. My life has been greatly changed because of this.

I was born in 1977. Almost my entire childhood was spent in a mountainous region. My parents used to be part of the government's campaign to assist the development of inland provinces. They took me to Yellow Mountain in neighboring Anhui Province in response to the needs of the motherland. In spite of our poor living conditions, I had a happy childhood around the mountain. I used to assume that my life would be spent in Anhui until great changes began happening in the country.

The reform and opening-up policy allowed my parents to return to Shanghai. In 1985, my parents took me back to the city, which became a turning point in my life. I had just finished third grade at an elementary school at the time. My parents expected me to become a knowledgeable person and contribute to the development of the country, so I spared no effort to study and become a university student. 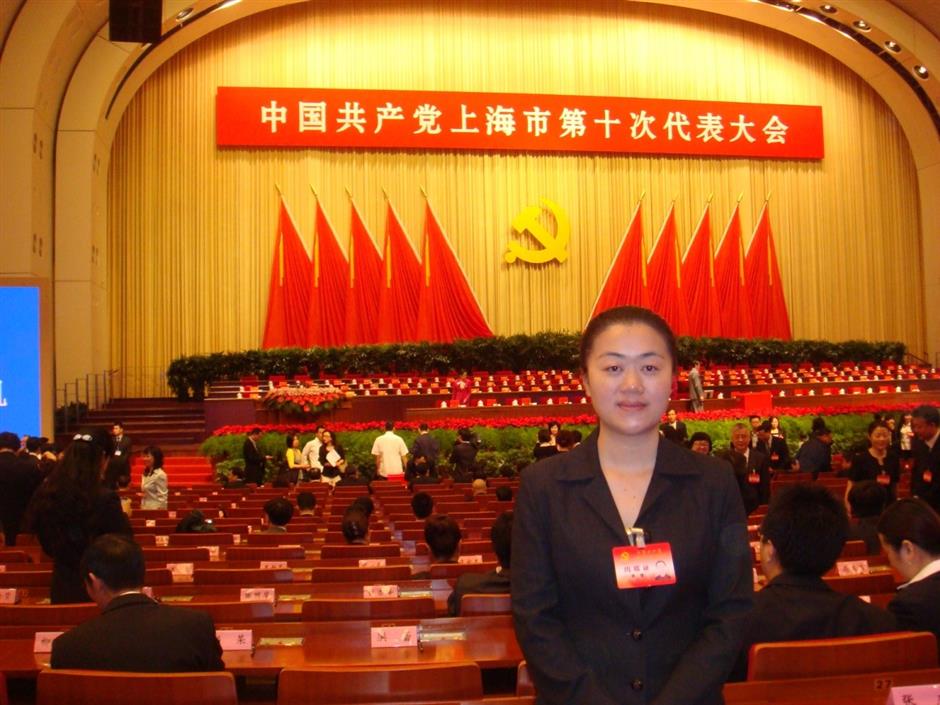 Miao Jian was elected as a deputy of the 10th Congress of the CPC Shanghai Committee in 2012.

However, I failed to be enrolled by a local high school, maybe because of the frequent relocation of my family. I was admitted to the former Shanghai Labor Bureau second technical school.

My father, who used to be a fitter, encouraged me to become a good mechanic and contribute to the development of the country. I soon got rid of my negative emotions and set goals for myself. In my three years of study in the technical school's milling class, my grades were ranked among the best and I was elected as the monitor of my class and the school's president of the student union.

In the early 1990s, with the progress of reform and opening-up, high-tech products such as computers gradually entered the public eye.

In 1994, local technical schools began teaching numerical control technology based on computer applications. I passed several rounds of examinations and was admitted to an elite class of 12 members. I was also elected as the monitor of the class. It was reform and opening-up that helped society begin widely using computers.

In 1995, after graduating from the technical school, I was recruited by the Shanghai Space Agency. My initial assignment was as a milling machine operator and what I learnt from the elite class could hardly be used, but I was still proud to join the space agency. In that "mysterious" space bureau, I could feel that my colleagues were working hard to develop China into a space power.

In 2002, the bureau introduced its first advanced numerical control machining center from abroad. The English signs and software information on the equipment scared off many operational experts. The leaders later decided to hand over the task to me because I became a technician at the young age of 24.

In 2003, I had the opportunity to go abroad to learn advanced numerical control equipment operation from European countries. The trip made me realize the distance between China and Western countries at the time.

The trip brought a lot of inspiring thinking to my future career, especially in the field of aerospace numerical control.

In my impression, skilled workers like the generation of my father largely depend on their excellent craftsmanship to make ends meet. They have been working diligently in their posts for decades. Reform and opening-up has brought more advanced technologies, and it has broadened the horizons of workers.

I think more about how I can make breakthroughs in my work to solve technical problems. I also began creatively designing the tools to improve efficiency. As one of my major achievements, I helped to improve the qualification rate of important parts of a certain national key aerospace project from 10 to 100 percent. I used multi-software calculations to solve high-precision machining difficulties for the production of large aerospace parts.

Without programming or specialized operation training, I managed to process various types of product parts with total value of over 200,000 yuan (US$29,315), saving a lot of expense for the research institute and shortening the manufacturing cycle. The production standards of the research institute have largely been improved.

As a frontline skilled worker, I may not know which spaceships the precision-machined parts I made will ultimately be used on, but I still feel proud to be a member of the country's space missions. I do know that my efforts will contribute to the reform and development of China's space industry.