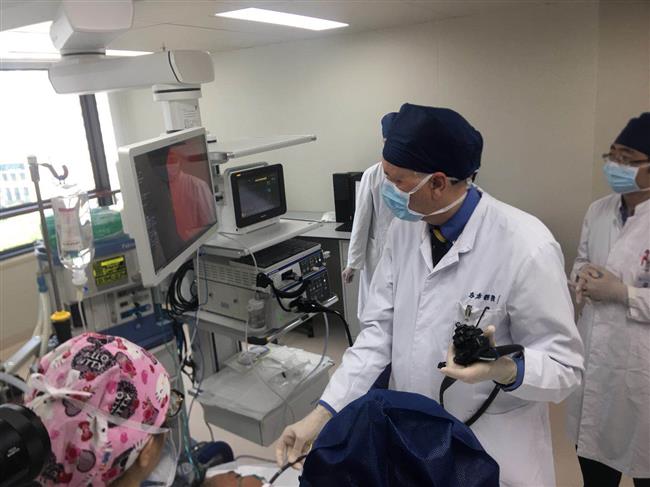 An international digestive disease center was opened at Shanghai East Hospital on Wednesday with the participation of Noble Prize laureate Barry Marshall.

Marshall, together with J. Robin Warren, was awarded the Nobel Prize for Physiology or Medicine in recognition of their 1982 discovery that Helicobacter Pylori, a bacterium, can cause peptic ulcer disease.

Marshall said HP infection is common in China, but the treatment is quite different from that of Western countries due to the prevalence of antibiotic resistance in China. His team will perform DNA tests on each patient to offer individualized treatment.

“HP infection is a leading cause of gastric cancer, which is the No.3 cancer in China. We hope our research and treatment can help reduce prevalence in the following years,” he said.

“He spent about one hour asking about my condition and giving detailed explanations, which is quite different from local doctors, who only give each patient several minutes,” he said.