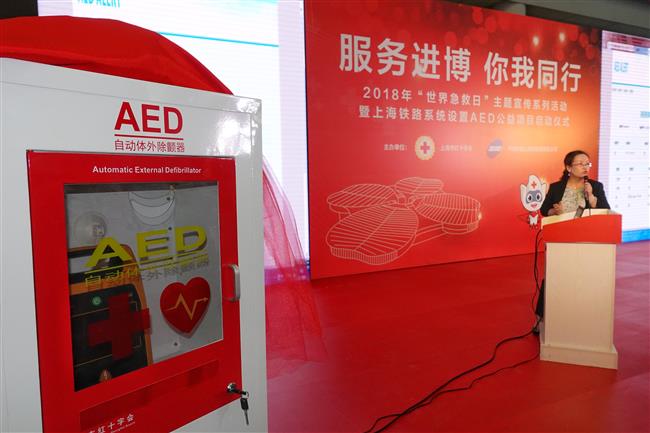 The first batch of 15 Automatic External Defibrillators was installed in the city’s Hongqiao Railway Station and Shanghai Railway Station on Saturday in a bid to offer first aid to people suffering cardiac arrest.

Meanwhile first aid training will be offered to some 600 staffers working in local railway system, officials from the Shanghai Branch of Red Cross Society of China said.

It is the latest move to expand the installation of AED in public places, after Pudong International Airport and some Metro stations.

So far, 48 AED machines were installed in some Metro stations and 22 in the Pudong airport. The Red Cross is promoting the installation of AED and training for the public on basic emergency skills and awareness.

In China, over 500,000 people die of cardiac arrest every year. Research has found that 60 percent of heart arrest cases in public areas can be saved with the use of an AED, which could improve patients’ chances of survival from 12 to 34 percent. 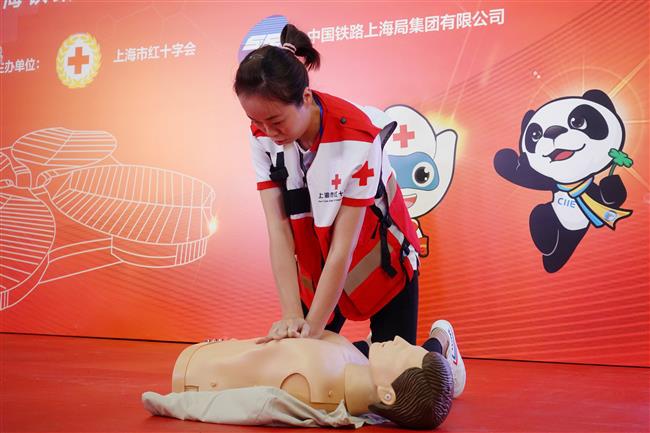 A worker from the Shanghai Branch of Red Cross Society of China gives training to railway staff on cardio pulmonary resuscitation, or CPR.