Li said Shanghai is the country’s biggest economic center and it’s accelerating the process of building itself into an excellent metropolis, a modern globally influential socialist city, and its five centers.

AI industry’s strategic technologies will lead the future and the city will build its AI highland to energize the innovative companies in the city, especially the AI companies.

The city hopes the companies in the innovation and AI industries could explore forward-looking layouts and provide constructive suggestions to the city’s AI industry. The city will work hard to provide a good AI eco-system and services for the companies, Li added.

They said as an international city, Shanghai has its unique advantages for the development of the AI industry, including rich application scenes, copious amounts of data, factor resources, and global talents. They have great faith in Shanghai AI industry’s future development and are willing to strengthen the cooperation with the city. 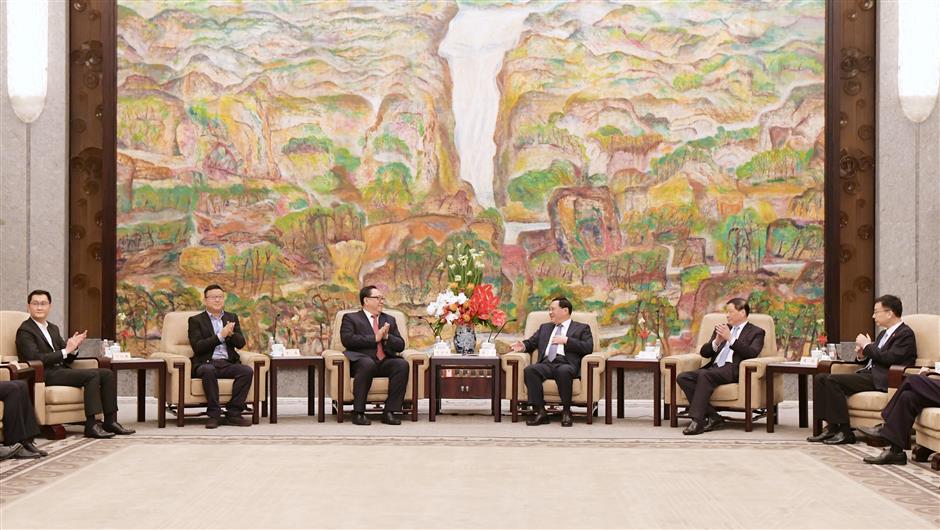