City leaders vow to speed up the development of AI industry

Li said Shanghai is accelerating the process of building itself into an international center of economy, finance, trade, shipping, and a technology and innovation center, as well as an excellent metropolis and a modern socialist city.

The city will build an AI highland by further optimizing financial development environment, upgrading financial services capability, and creating a top business environment for companies operating in the city.

The city welcomes financial experts, investors, entrepreneurs, and scholars to participate in the 2018 WAIC to share their opinions and suggestions to support the construction of the city’s AI highland.

Li Jiange, general-director of the Sun Yefang Economic Science Foundation; and Bi Mingjian, CEO of China International Capital Corporation, congratulated the city on its successful hosting of the 2018 WAIC and thanked the city for its long-term support.

Ying expressed his gratitude for the experts’ attendance at the forum. He said AI is the new engine that drives the future, and Shanghai will build the city’s AI highland to turn itself into an excellent metropolis.

As a mega city with a population of 24 million, Shanghai has both the foundation and environment to develop AI through the city’s rich application scenes. The city will promote the global exchanges in fields such as AI academia, AI technologies, and AI industries with an open, cooperative, and win-win attitude.

The city welcomes the global AI experts to come to Shanghai to share their wisdoms and experiences, and it also welcomes innovative companies to set up their functional organizations and new business models in Shanghai to jointly build an AI industry eco-system.

The city will try its best to create a top business and markets environment for the companies in the AI industry, Ying added.

The experts and entrepreneurs expressed their gratitude for being invited to the 2018 WAIC. They said the AI industry has a great prospect and it can help mankind to enhance their thinking ability and to meet the challenges of complicated information and data processing, and it also will have deep impact on the upgrade of various industries.

As a mega city, Shanghai faces various management difficulties. AI will be useful in offering solutions to these problems.

The experts and entrepreneurs are willing to strengthen their cooperation with the city’s universities and companies to jointly build the AI highland. 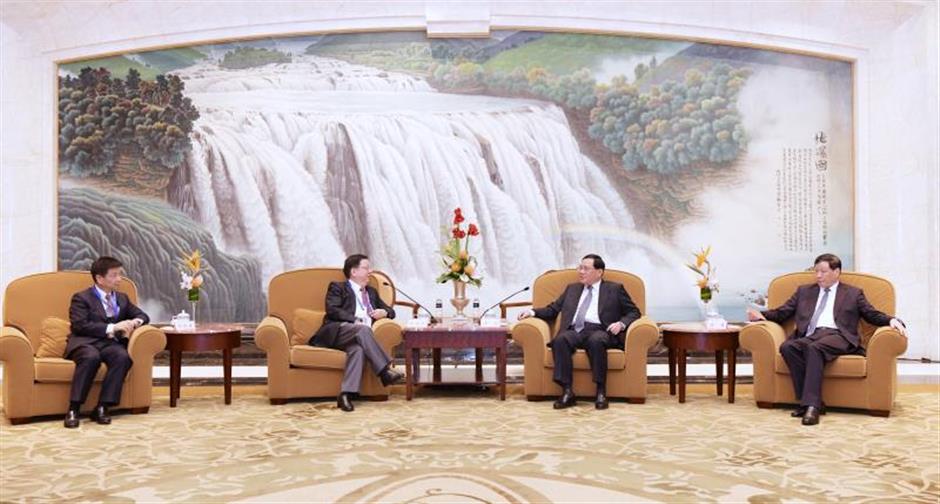