Li said Shanghai is accelerating the process of building itself into an international center of economy, finance, trade, shipping, and a technology and innovation center. It is also working hard to build itself into a globally influential metropolis and a socialist modern city.

Apple is not only an outstanding company, but also an icon of the global technological innovation. It is crucial for companies, cities, countries to integrate themselves into the process of economic globalization to achieve more prospects of development.

As China’s economic center, Shanghai will unfalteringly keep opening up to the outside world, building the best business environment for domestic and foreign companies operating in the city, and it is also striving to cultivate the emerging new industries and create more opportunities for development of companies based in the city.

The city is willing to share innovation experience, deepen overall cooperation with hi-tech companies such as Apple, so as to inject more vitality and elements into the city.

The city also hopes that Apple can support the exchanges between Shanghai and the US, Li added.

Cook expressed his gratitude for the city’s support and its services. He said Shanghai is an innovative city that has so much vitality and has its own charms and attraction.

It’s Apple’s privilege to become a part of Shanghai’s development, witnessing the city’s tremendous ongoing change. Apple has great faith in Shanghai’s future development, and it will keep increasing its investment in the city, expand the cooperation, and continue to support its economic and social development. 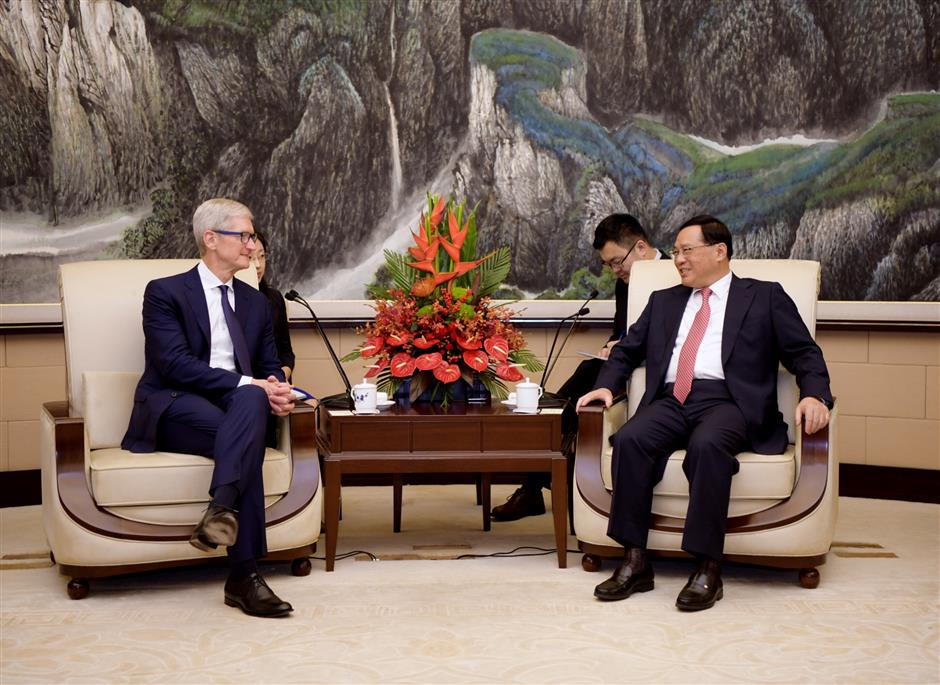