Breathing easy in the greenery across the river 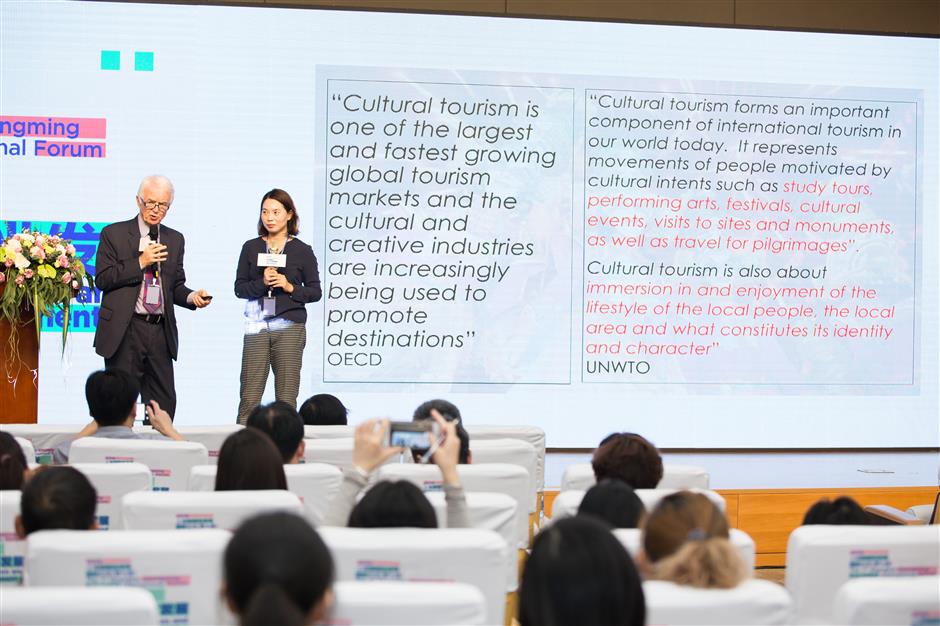 The 2018 Shanghai Chongming Eco-island International Forum was held in Chongming.

Chongming Island, with its copious wetlands, mudflats and forests, is only an hour away from downtown Shanghai but feels like another world. Nature is all around but this place remains the source of much of the agriculture produce that feeds the city across the river.

The 2018 Shanghai Chongming Eco-island International Forum was held on the island last month. Experts from home and abroad gathered to hammer out a development strategy for the island which will bring sustainable prosperity to residents and businesses, while guaranteeing a green future.

Sub-forums continue throughout the month, covering a number of areas from sustainability through healthy living and leisure sports to green transportation.

“Chongming will become best known for its green development, culture, wisdom and sustainability,” said Tang Hailong, Party chief of Chongming District. “We want our island to be characterized green, low-carbon lifestyles and industry in harmony with nature.”

The forum has been held every two years since 2006 and this year’s objective is charting the course that will transform Chongming into a high-quality eco-island.

In 2016, a five-year plan set out the framework for building a modern ecological island by 2020. Sewage treatment, household waste sorting and reduction, and the handling of agricultural waste are among the policies which are gradually being put into place.

In some parts, knowledge of the need to sort household waste has already reached 98 percent.

“With the development of high-tech agriculture and marine industries, and with the growth of eco-friendly lifestyles, Chongming soon will be the garden of Shanghai and the Central Park of the Yangtze River Delta area,” Tang added.

Li Zhen, director of Chongming District, spoke of her optimism for the future. The success of 10th China Flower Expo, a 100-day marathon to be staged on the island in 2021, will be an import waymarker of just how far Chongming has come.

Land has already been chosen for a pilot project using only pure organic fertilizer. The location is highly Internet-friendly. Interested consumers can check how things are going down on the farm via their smartphone, giving them a sense of involvement that cannot be obtained by simply buying veggies in the market.

At the culture and civilization sub-forums, Roger Carter, former director of the Edinburgh Tourist Board, talked about cultural heritage protection while Feng Xiang of Erasmus University, Rotterdam, shared his ideas on integration and development of rural cultural tourism.

Chongming Island is to offer visitors and islanders a vast variety of healthy sporting activities beyond cycling and jogging.

The island has been on the Asian leg of the UCI Women’s World Tour, an annual female elite road cycling race, for 15 years. The race brings not only the world’s best cyclists together to race across one of Shanghai’s surprising ecological showpieces, but they are accompanied by thousands of sports fans, journalists and sponsors.

Since 2014, marathons and other races on the island have attracted scores of both elite and amateur runners from all over the world. The 42-kilometer track at Sanxing Town takes joggers through dense forests and green fields, a far cry from fervor of the ultramodern mega-city just across the Yangtze.

Four sports centers and a sports park are planned. The park at Chengqiao will cover more than 50 hectares, with stadia, football fields, basketball and tennis courts, and a water-sports area to accommodate rowers, kayakers and dragonboat teams.

Sports centers are also planned for Hengsha, Changxing, Baozhen and Miaozhen towns. They will include amenities for swimming, table-tennis, badminton, indoor rock climbing, squash and basketball.

There will be seasonal dragonboat races, equestrian events, a forest marathon, rollerskating races and triathlons.

“With its beautiful environment and clean air, Chongming has all you could desire from an outdoor sports paradise,” said Tang.

“We understand our citizens’ passion for sports and our aim is to provide them with best possible resources to meet their ambitions.”