This harvest season, the Chongming government is releasing the first crop of its new hybrid rice from its own 6.7-square-kilometer organic farm.

The farm also set up an online retrospective system that allows consumers to check growth process of the new “Chongming Rice.”

Now, half the harvest after its 115-day growing period is available on WeChat applets. Later, it will also be available online and in supermarkets. WeChat and online sales are in Chinese only. 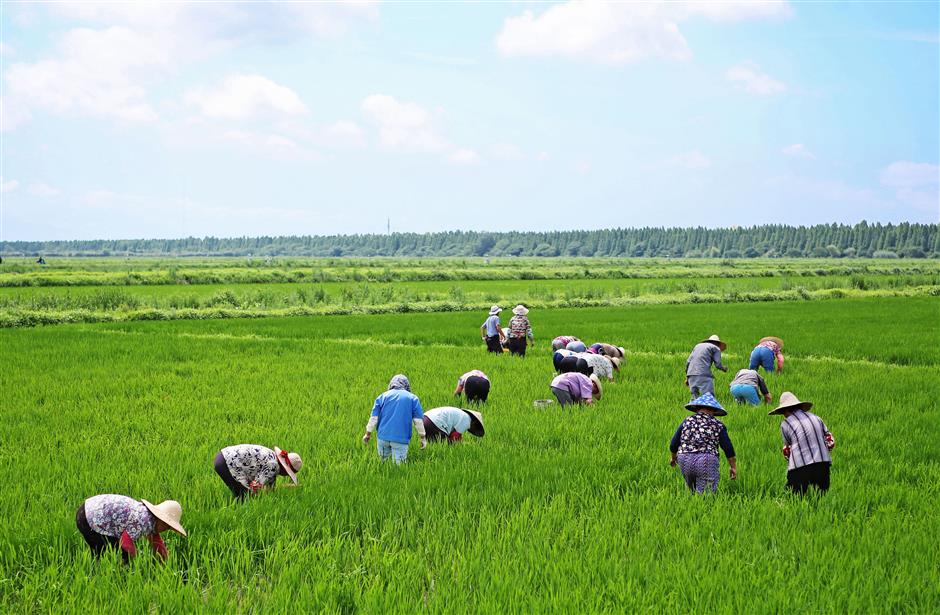 Farmers weed by hand at an organic farm on Chongming Island. In the farm, organic fertilizer is used while ducks, frogs and solar-powered bug zappers control pests.

Chongming chose the best-quality field for the project and the rice has already established a reputation for high-quality taste.

The paddy-cum-turtle farm has adapted the traditional terrace methods popular in areas such as Zhejiang and Yunnan provinces since the Han Dynasty (206 BC-AD 220).

Ancient farmers fully utilized the natural environment to save space and produce better fish and rice.

“Crayfish and crab are super-sensitive to chemical fertilizers and pesticides, especially when breeding,” explains Ding Weidong, one of the farmers at the Chunrun Rice Field.

“So if crayfish can breed in this rice paddy, it means no pesticide is used at all ... It is a great micro-ecological system because what drops from rice plants are natural fertilizer.

“The fish, crayfish and crab are food for pancake turtles, the farm’s most profitable product.”

Between the Yangtze River and the East China Sea, Chongming is one of the largest estuarine alluvial islands in the world. 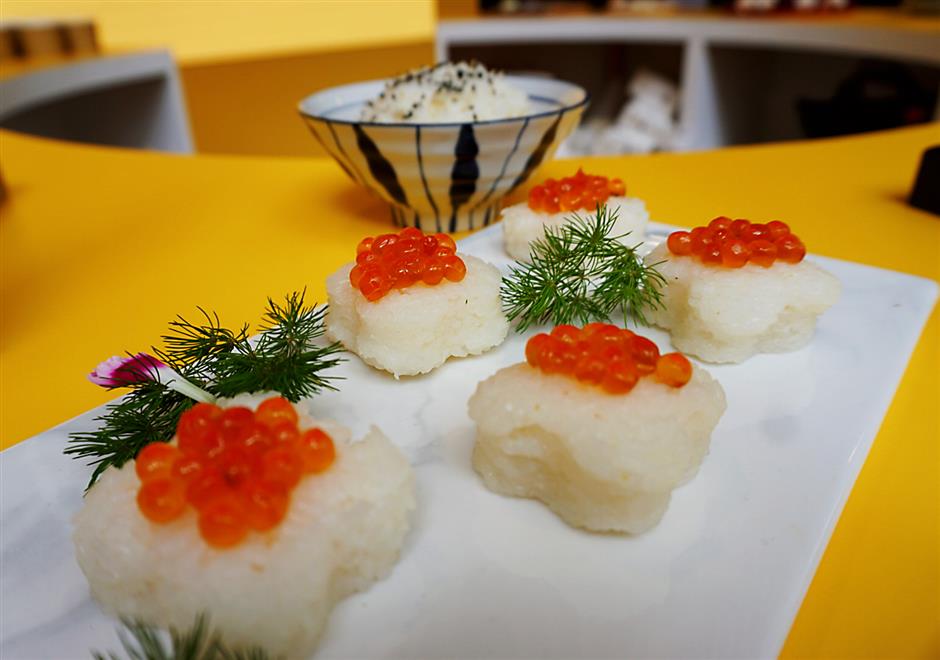 The organic Chongming Rice can be used for a wide range of dishes, including steamed rice and sushi.

The environment is pristine and the soil is ideal for rice.

Chongming is Shanghai’s “Green Island” — 80 percent of the surface water is clean, the air quality index is 78 and more than 25 percent of the island is covered by forest. The retention rate of its extensive natural wetlands is 38 percent, the best in Shanghai.

In 2017 domestic waste management and reduction measures covered the whole island. This year all rural areas will have sewage treatment.

Internet of Things sensors, including video, are installed on the farm to monitor soil and water quality and the weather to track changes in the field.

Consumers can scan the QR code on the rice packs to know the history of planting, harvesting, processing and distribution. 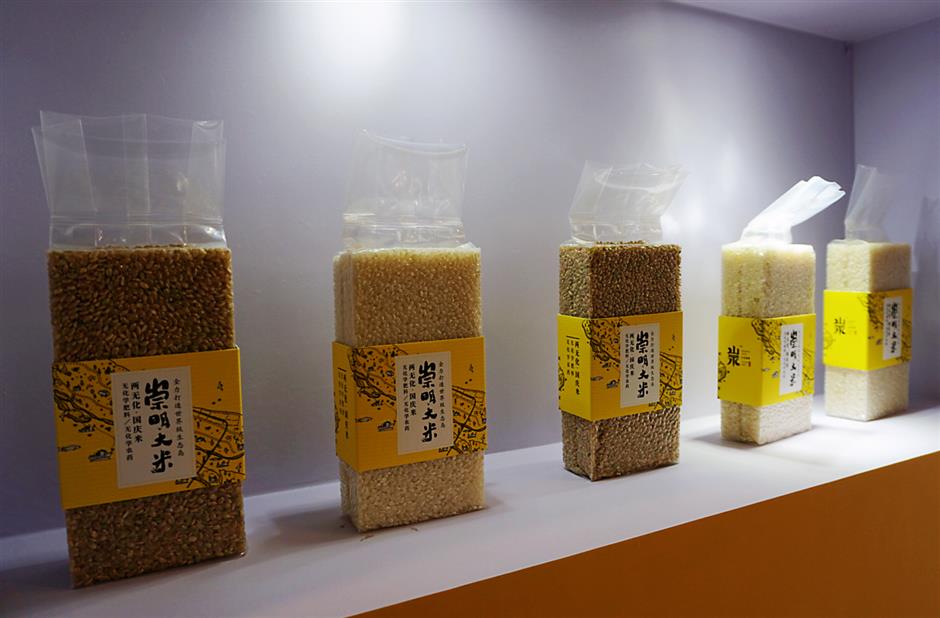 The first crop of Chongming’s new hybrid rice from its own organic farm is on sale.

This intelligent management technology will be further improved and applied to other fields of agriculture.

By 2035, the amount of cultivated land will be at least 423 square kilometers in Chongming. No chemical fertilizers will be used and pesticide use will be lower, with the aim of eventually eliminating pesticides.