A fleet of 440 new electric powered buses will hit the road in time for the China International Import Expo.

The new buses, run by the Jiushi Bus Group, will provide shuttle services from the National Exhibition and Convention Center to other transport hubs around the city.

They are completely electrically powered, with a fully charged battery supplying enough energy for 300 kilometers.

Equipped with an autonomous emergency braking system, the bus uses a radar system to detect obstacles ahead.

The system will also prevent drivers accidentally pressing the accelerator while the bus is just starting up or running at a low speed.

“If the system determines the driver’s operation is incorrect, it will not accelerate,” said Zhu Guanghai, deputy chief designer of the bus manufacturer Yutong Bus Group.

In addition, the system will send an alarm to the driver when the bus is over speed or astray from its lane.

Barrier-free facilities are installed both at the doorsteps and the seating areas in the buses to make it easier for handicapped people to get on board.

Starting from today, the electric buses will operate in three routes that run through the core area of the CIIE, routes 197, 189 and Minhang 33.

Another 100 electric buses will be on stand-by.

The buses will be examined after every trip to make sure they are mechanically sound. Yutong group has set up emergency maintenance points near the expo venue.

After the expo, the 440 buses will be allocated to different bus routes across the city. 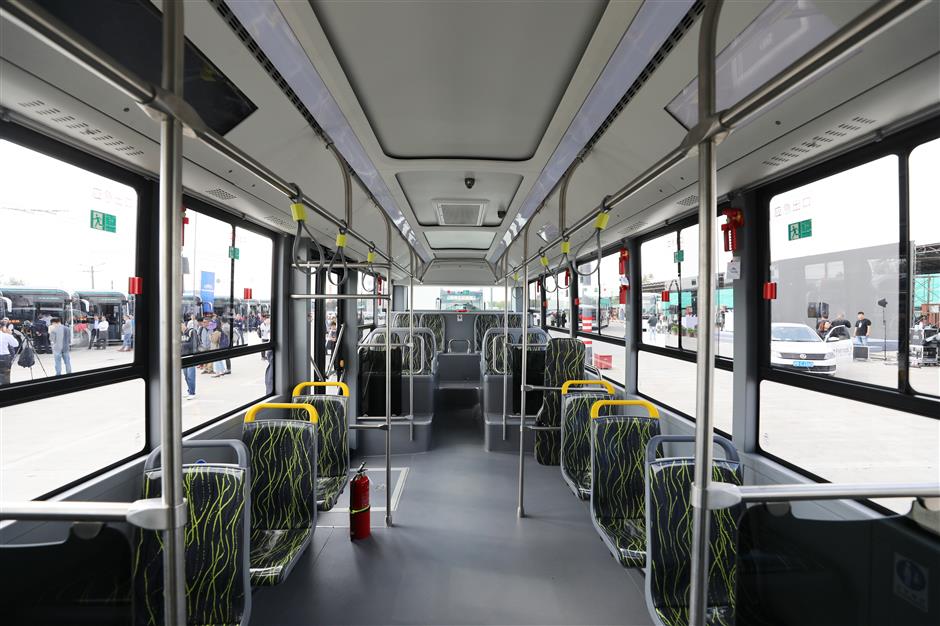