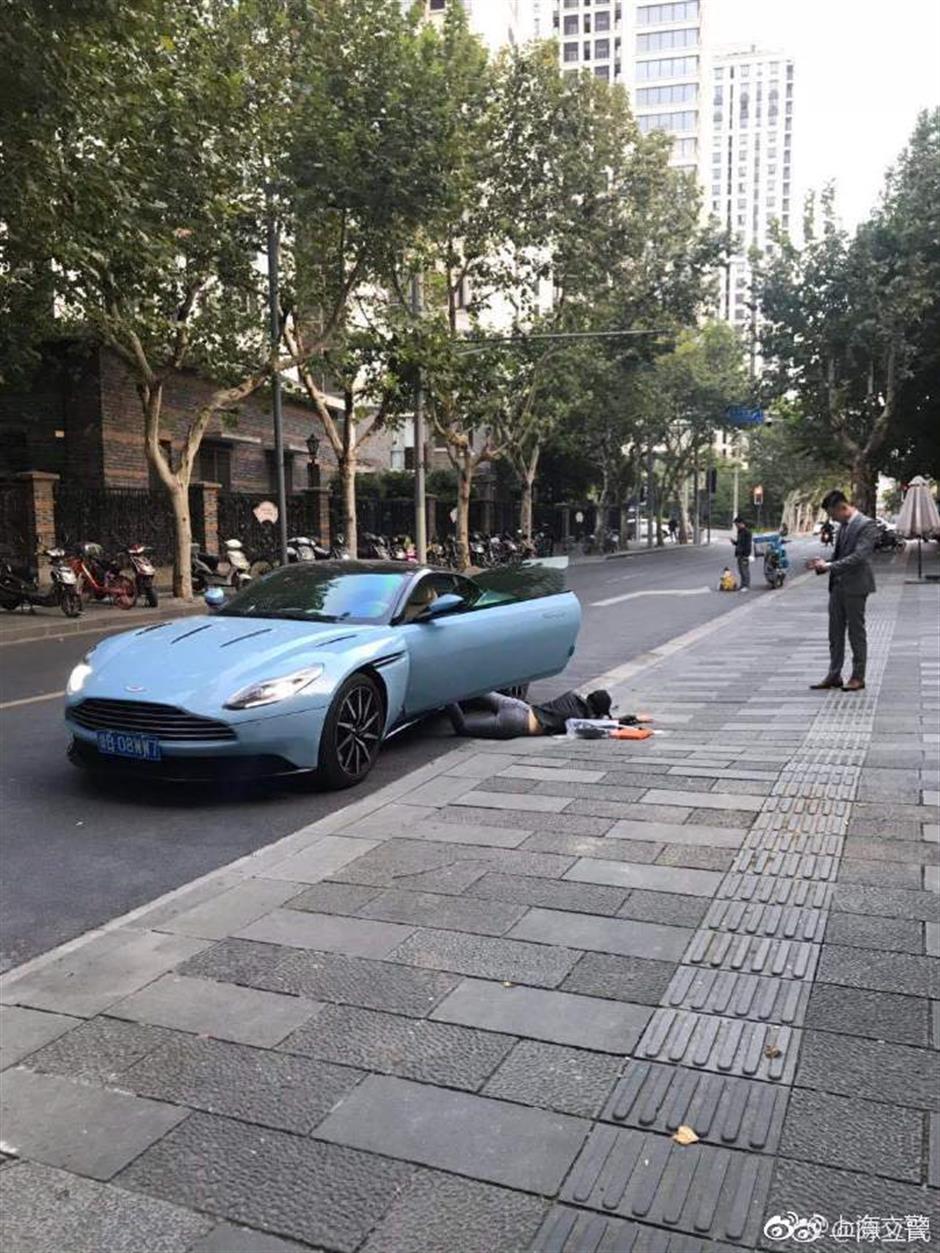 The woman is seen posing for the "Falling Stars Challenge." 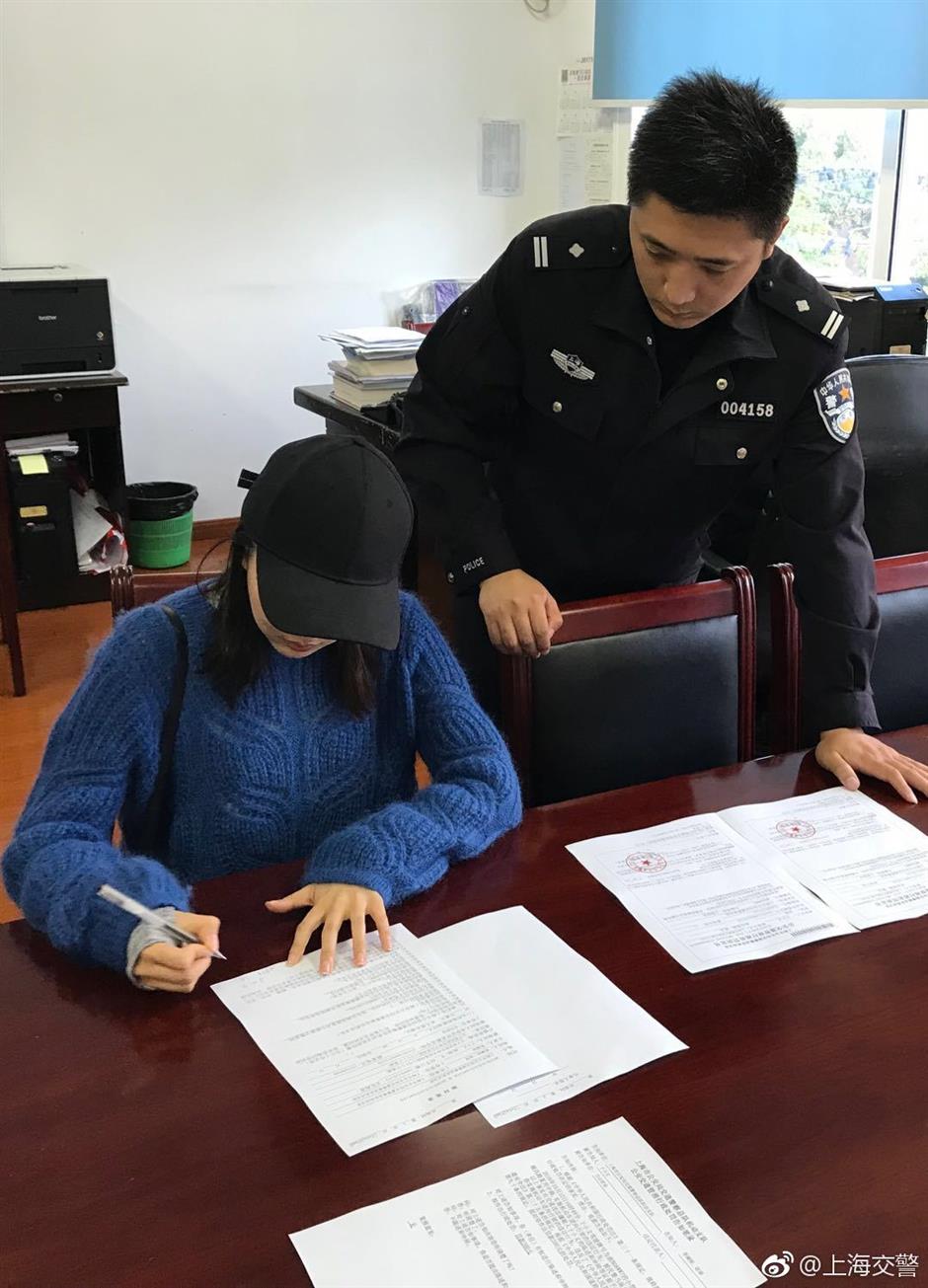 The woman was summoned by traffic police on Tuesday and fined.

A woman who took part in online craze the "Falling Stars Challenge" on a downtown street has been fined for a traffic violation, Shanghai police said.

The woman, surnamed Yu, drove the wrong way down a traffic lane on Shunchang Road in Huangpu District last Friday afternoon, parked by the roadside and had a man take a picture of her face down on the ground as if she had fallen from the car, police said.

They had received a report online about the incident.

Yu was summoned by police and fined  200 yuan (US$29) with three points deducted from her driving license.

Police said Yu claimed there were few cars on the street at the time, and she was not aware that she had broken the law by driving in the wrong lane.