Expo media center won't be taken over by robots 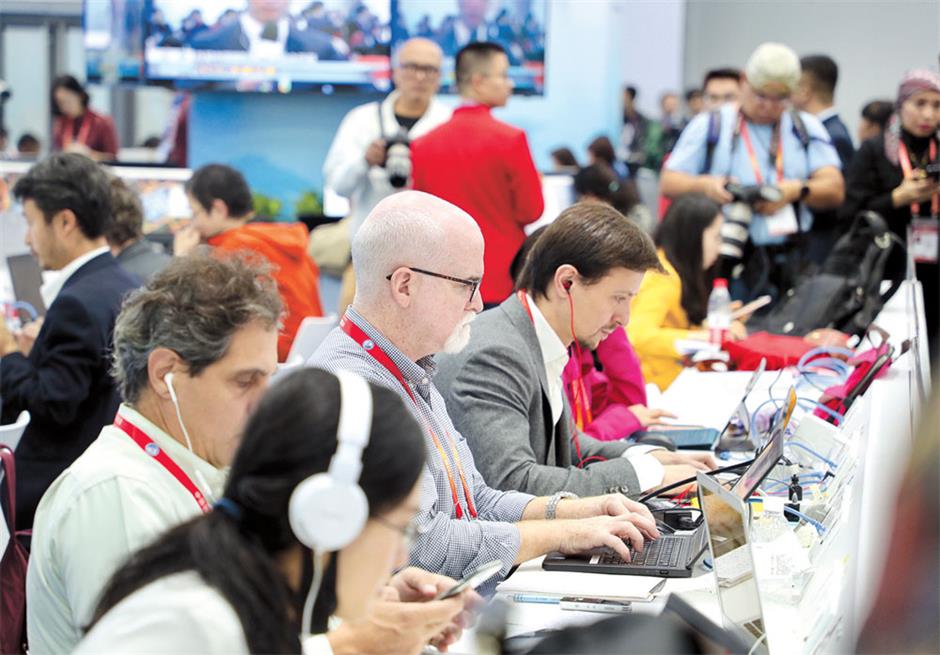 Reporters work at the media center. More than 4,000 media professionals from 630 outlets and 75 countries and regions have converged on the event.

China's first-ever international import expo kicked off yesterday, with President Xi Jinping presiding over the opening of the weeklong extravaganza.

More than 4,000 media professionals from 630 outlets and 75 countries and regions have converged on the event, and I’m happy to report that our jobs aren’t about to be stolen by hard-working robots.

At least if any of the robots I interacted with yesterday are anything to go by.

First in my firing line was the cute little robot roaming the media center to help out reporters there. I lined up patiently behind other reporters who first acquainted themselves with the robot and asked its protective companion, a human PR representative from the robot’s manufacturer, just what the machine can and can’t do.

I wasn’t interested in being nice. After all, if these things are going to take over, then they’re going to need to get past people like me first.

“Can you speak English?” I asked in Mandarin Chinese. “No I can’t, but I can go and learn,” it replied in a child-like voice, trying obviously to play the cute card to get out of its current pickle.

“But there are so many reporters here from around the world who can’t speak Chinese,” I scolded the machine. “What about them?”

The robot didn’t have an answer for me, so I offered to act as its translator between foreign reporters for a fee. It stared at me with cold, blue, digital eyes. 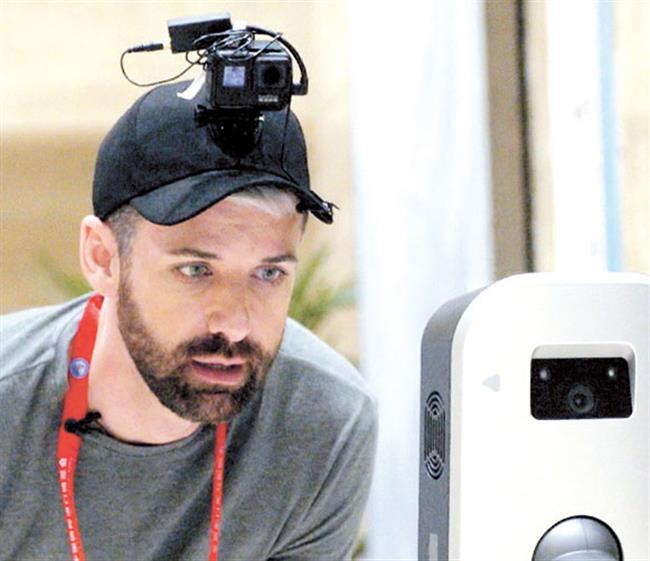 Andy Boreham interacts with a cute little robot in the media center.

“Ask it to help you find a cup of coffee,” the PR woman smiled, knowing that showing me the way to the company’s robotic coffee maker was well within the robot’s limits.

And so it took me right to my next target, a robot that put on a show by making me a hot cup of freshly brewed coffee. It was fun to watch, but I’m not sure it was completely necessary.

I decided to stay behind and watch over the next reporter’s cute request for a coffee. The machine went through the motions again, but this time it hit a snag. There was no milk left, so all that came out at the end was a shot of hot coffee in an otherwise empty cup.

“There’s no more milk,” I told the sweating PR woman. “Oh oh,” she fretted before pulling a black cover over the show and sending her staff in to fill the machine’s milk tanks.

It was my cue to leave.

Next up I snuck out of the media center to check out Hema’s robot canteen, where apparently robots will bring your food right to your table. I ordered, sat and waited.

After a few minutes, a cute little wheeled machine rolled over. “Your food is here!” it yelled at me before opening up.

I lifted the food out and it told me to enjoy my lunch before scooting off. My chopsticks? It turned out I needed to go and get them myself.

Maybe I was a little hard on the robots I ran into today. Maybe my expectations were a little too high.

Or maybe, just maybe, robots are far from ready to take over.

I guess I will find out as I continue investigating the world’s first major import expo, which promises lots of new technologies from around the globe. I’m holding out hope that in the next few days I will be left dazzled and amazed, and maybe even in fear of losing my job.