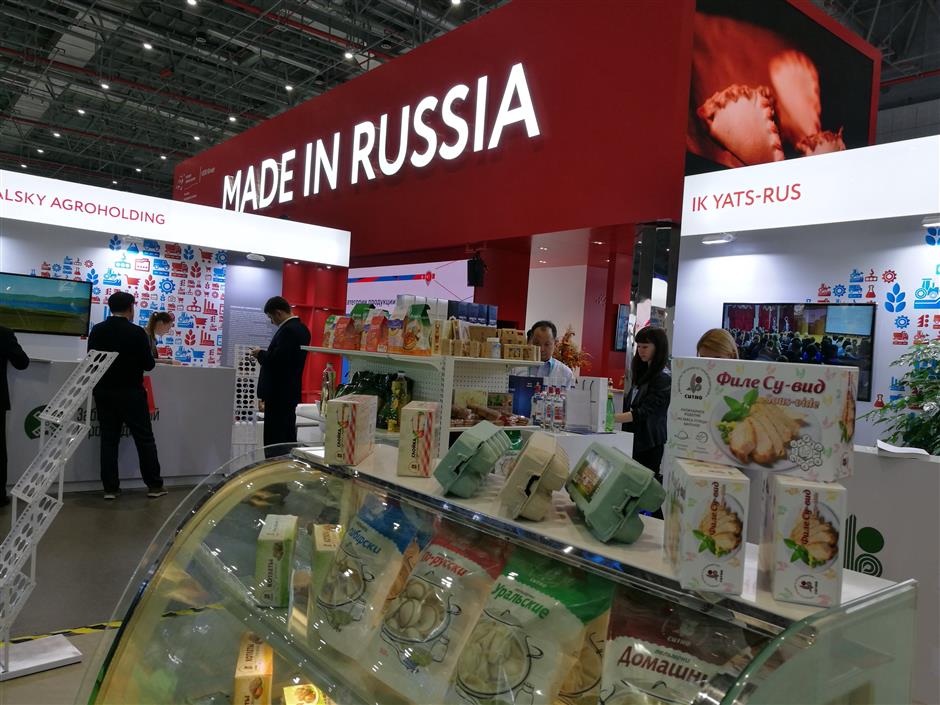 Russian booth at the pavillion of food and agricultural products at the Import Expo. 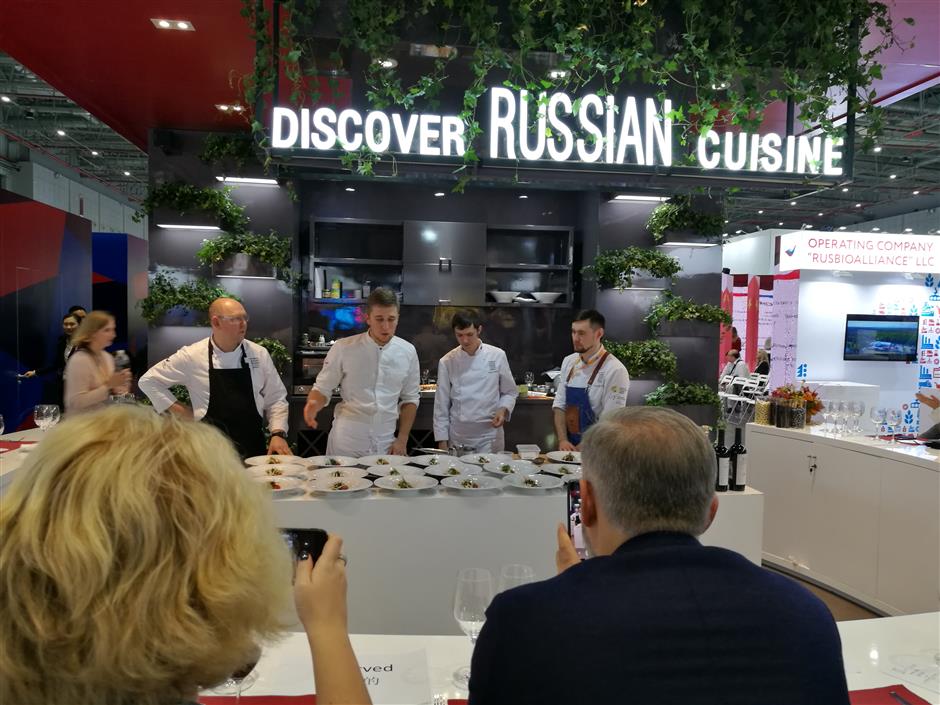 At the booth, visitors can make reservations to discover Russian cuisine.

Russia is making itself known as an exporter of organic food.

While still highlighting its industries of atomic energy, transport and logistics, natural gas and timber at its booth at the Country Exhibition, Russia has one of the largest displays of food and agricultural products, including "Green" goods.

This reflects the booming trade in agri-food products between Russia and China in recent years, according to Andrey Aleksandrovich Slepnev, Director of the Russian Export Center.

Slepnev said that while the total trade volume between Russia and China jumped 40 percent in the first half of this year from the same period last year,  agri-food products increased 150 percent.

“Since 2014, there has been a sustained growth of Russian non-raw material and non-energy exports to China," he said.  "Leading the growth are metallurgy, the cellulose industry, and agriculture."

Slepnev said bilateral trade between Russia and China is expected to exceed US$10 billion this year. Statistics from the Chinese side show that Russia was the third largest trade partner with China among all European countries in 2016 with the total bilateral trade volume being US$69.6 billion. In 2016, China exported US$37.4 billion of goods to Russia and imported US$32.3 billion of goods from the country.

The Russian Export Center announced that it will open a representative office in Shanghai and another in Beijing with agent offices in more than Chinese 20 cities to showcase what Russia has to offer as well as assisting Russian companies explore the market.

Chinese interest in Russian food is confirmed by Xinjiang E Liang Organic Food Group Co, a food import-exporter based in Urumqi. It is taking part in the Import Expo together with its Russian business partner which produces organic food products.

Liu Jie, purchasing manager of the Chinese company, said it had made millions yuan in sales of Russian food products in the one year it has been established.

“Russian food products are known to be non-GMO and green, and they’re generally considered as safe by Chinese consumers,” she said.

Liu said the products that sell the best in China are flour and oil, while other products such as jam and honey are usually sold as gift boxes.

She said their Russian partner is satisfied with the Import Expo. Hundreds of their product leaflets were all given to interested buyers within a few hours yesterday.

“Some Russian companies lamented to us that they missed the opportunity to take part this time, and some of those present here have already applied to take part next year,” Liu said.