Blade Runner, The Jetsons and Back to the Future all had one thing in common …

“Back to the Future II” didn’t get much right about the world of tomorrow, but one prediction might not have been too many years off. Yesterday I discovered that the future witnessed by Marty McFly, as well as the fantastical world of The Jetsons portrayed nearly 60 years ago, may be just around the corner.

Any time we’re asked to imagine the future, with all its endless possibilities, there’s one thing most of us seem to gravitate to: flying cars. I’m not sure what the obsession is, but it must have something to do with freedom — the ability to take to the skies whenever the fancy arises.

“This is a super car, with super powers,” Jonathan J. Carrier from AeroMobil told me. “What that means is, it’s a car that gives you great performance, great versatility, and it’s unlike any other: It allows you to fly and drive anywhere.” 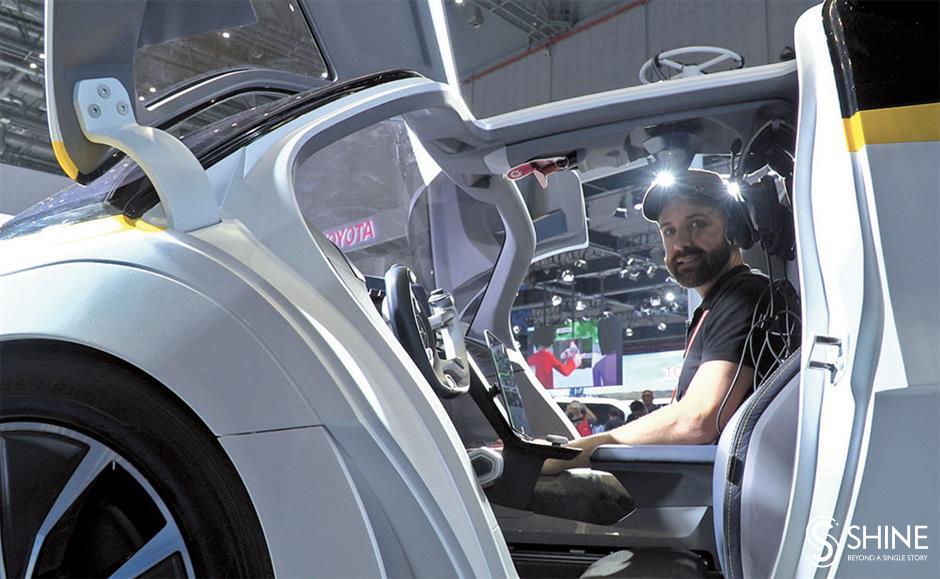 With a GoPro camera on head, Andy Boreham shoots a video inside AeroMobil, a super car with a flying range of 750 kilometers and a payload of 240 kilogram.

It does look amazing — more handsome and futuristic than any of the cars I saw flying around in “Fifth Element” or “Blade Runner.”

It has a flying range of 750 kilometers, can carry a payload of 240kg (including passengers) and cruises along at 360 kilometers per hour. Overall, it looks more than impressive.

But, probably because I’m a realist — maybe even a bit of a pessimist — I couldn’t help but dig deeper. It just sounds too good to be true. Can anyone fly it? Wouldn’t they need a pilots’ license and long hours of training? Can owners of this machine pull out of their driveways in suburbia and then take off from a normal road? It just doesn’t seem feasible, at least not today.

Carrier laughed. Apparently I was being naïve.

Of course anyone who takes the AeroMobil to the skies needs to train and be licensed first, he told me with the demeanor of a patient and understanding teacher. “You can’t drive a car on the road without a license, and it’s no different in the air.”

And it’s not as difficult as it sounds, he insisted. To pilot this small, yellow beast, one would only need a private pilots’ license, which he says only takes around 40 hours.

The car with wings is being marketed as being able to drive and fly anywhere. Wouldn’t lampposts and rubbish cans and trees and people get in the way as this thing zoomed down your neighborhood street reaching its take-off speed of 125 kilometers per hour? 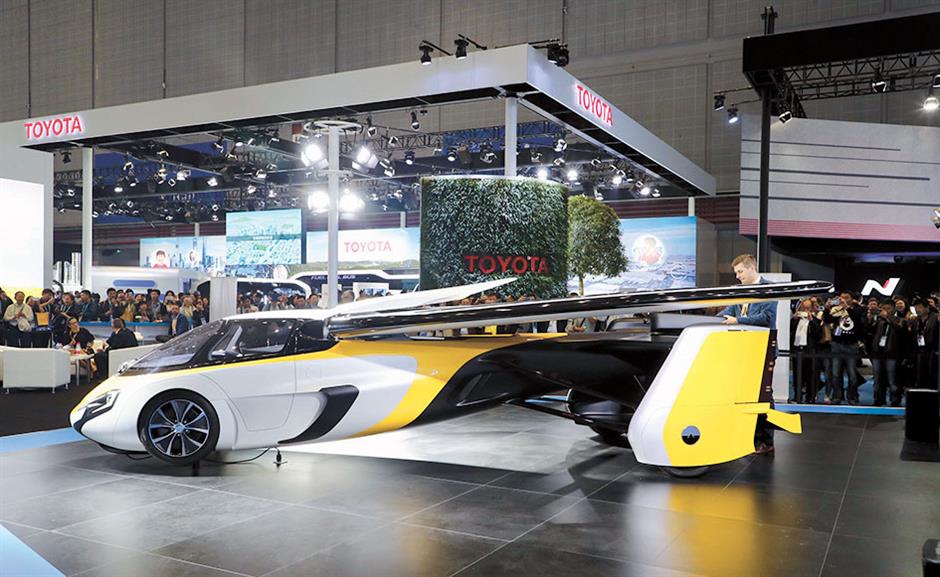 Carrier scoffed that idea off as a bit fantastical, too.

I had the privilege of sitting inside the flying car. It was comfortable and well-designed, but I get the feeling it’s pivoted more toward the flying experience, whether on purpose or by necessity.

Getting into the vehicle requires a certain skill — a certain understanding of how to manoeuvre your body — much like I’d imagine the process of embedding yourself inside the cockpit of a jet fighter. It’s tight and a bit restrictive, although my height of 190cm didn’t pose a problem.

I can’t imagine anyone using this as a car just to drive to the supermarket or to visit nana.

You’d definitely only use it to fly, and you’d already have a flight plan and a booked take-off slot at your nearest small airport or landing strip. It definitely won’t be a case of, “Oh no, I’m late for work — I know! I’ll fly instead of driving!”

But it’s still early days, and the guys from AeroMobil are hoping to work together with governments and city planners to “put the building blocks in place” and make flying cars more accessible, more convenient, and maybe even more affordable.

“We want to showcase that for China, there’s a chance to become world leaders for personal aviation and flying cars,” Carrier said.