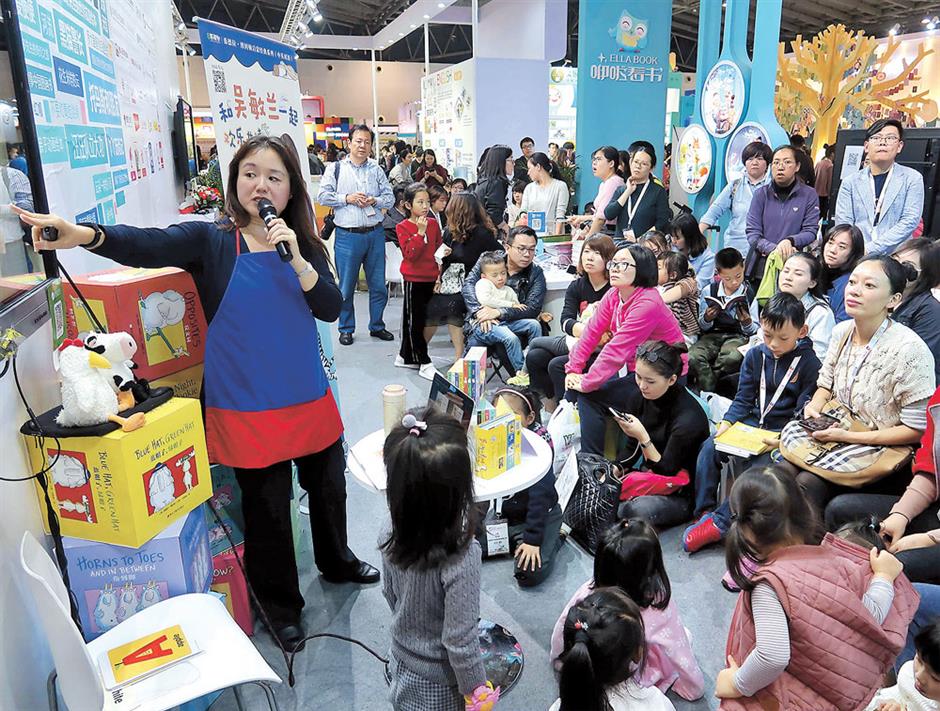 Children and their parents listen to an audio book at the China Shanghai International Children’s Book Fair at the weekend.

The China Shanghai International Children’s Book Fair at the weekend brought 367 publishers from 25 countries and regions to the Shanghai World Expo Exhibition and Convention Center in the Pudong New Area.

The theme of the sixth edition of the fair was “Embrace the Future,” with 200 publishers from overseas, helping to double last year’s attendance.

Eleven national and regional groups of exhibitors were involved in the fair, with more than 13,000 visitors from 48 countries taking part.

There were around 270 events where authors, reviewers and illustrators from more than 40 countries exchanged ideas with readers.

“Dorjee,” a Chinese-Tibetan bilingual musical picture book, made its debut with two Tibetan protagonists performing selections from it.

Twelve Tibetan songs are included and, along with a simple text and imaginative hand-painted pictures, young readers can follow Tibetan boy Dorjee’s adventures in nature. 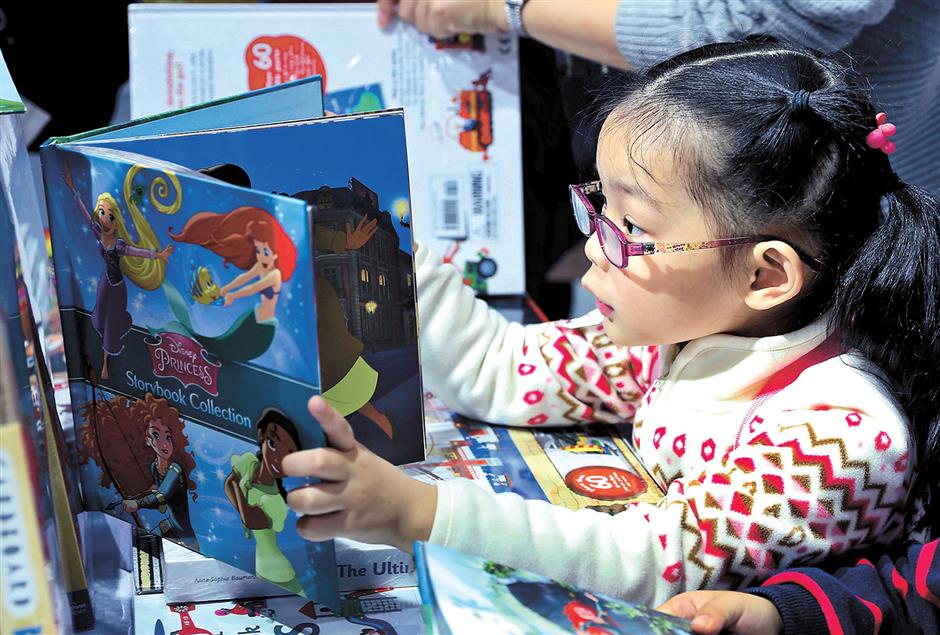 A young reader is enthralled by a Disney book.

In his dream, the 7-year-old falls down a hole, the home of a small hamster-like creature. Then he starts on a journey to grasslands, snow-capped mountains and rivers, meeting different animals along the way.

The musical “Dorjee” has been performed in theaters since 2015.

One of the families at the packed venue on Saturday afternoon were the Berkes from France.

Julian, a father busy trying to keep his son in sight, said they were looking for comics in French.

“There is too much for us to see for the boy,” he said. “Even if he can’t read Chinese or English, the pictures attract him.”

Li Tingtian was at the fair to find an English language book for his 4-year-old son Kirin.

“English will be vital to our children after they grow up,” said Li. “It is the language of science.”

Little Kirin, however, was more interested in pop-up books about ghosts. 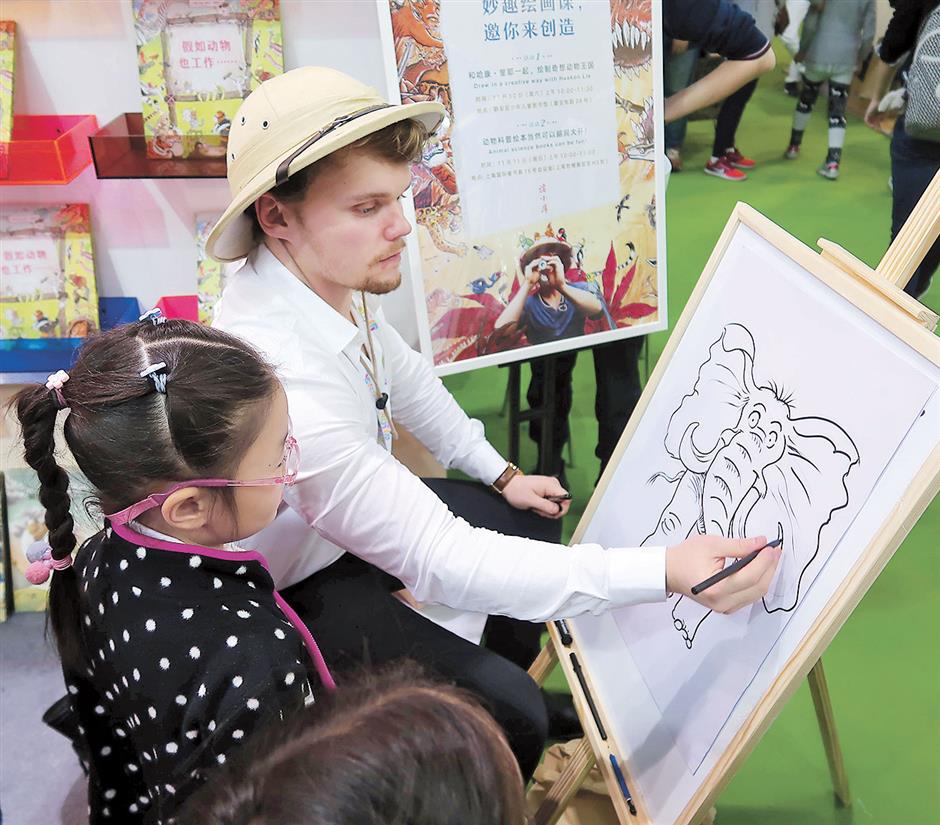 Illustrator Hakkon Lie from Norway draws an elephant for a young fan. The poetic language used by authors and vivid pictures of illustrators bring children’s stories to life.

The East China University of Science and Technology booth was one of the most crowded at the fair. It had brought a set of bilingual picture books of Disney movies, including the recent big screen hit “The Nutcracker and the Four Realms.”

“The books provide hints and annotations at key grammar points,” said Zheng Lei, a 12-year-old student. “I’m also considering to buy some original versions though I can’t fully understand them yet.”

While the children were having fun, foreign publishers were also happy with what they saw at the fair.

Last year, she said that 2,366 rights contracts for French children’s books were signed with China, which was over 60 percent of the total number for all French books. “The number is likely to grow,” Riotto added.

The Australia Council for the Arts also arranged for a number of publishers to attend the fair.

One of the major changes these publishers felt was that more Chinese parents were reading with their children.

Alice Grundy, of Brio Books, said she had spent the past few days touring Chinese publishers.

“The publishers are considering how to make a book more interesting for the kids, but also easier for parents to interact with their children via books.”