Unique pit stop for guests opens its doors at last

The long-anticipated InterContinental Shanghai Wonderland, more often dubbed the Tianma Pit Hotel or Shimao Quarry Hotel as it sunk into a disused quarry, has lifted its mysterious veil.

Masterfully built into the side wall of an abandoned quarry, the “S” shaped 336-key luxury property is 88 meters below ground surface.

The hotel hugs one side of the pit wall, with a waterfall cascading down the opposite face.

Exploited during World War II, the quarry was shut down in 2000 due to new environmental protection regulations. It began its transformation in 2006 when Shimao Group decided to make use of the deep pit to build a hotel. The construction took 12 years to complete. 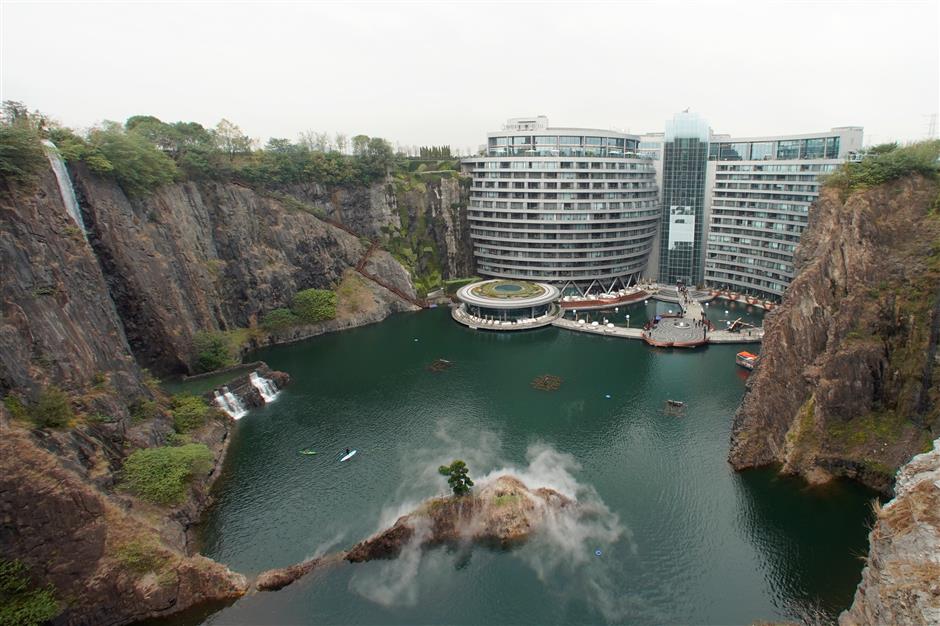 A general view of the InterContinental Shanghai Wonderland, a hotel built on the site of a former quarry, before its opening to the public, in Shanghai, China, on November 15, 2018.

The hotel is about an hour’s drive from the center of Shanghai, with room charges starting at 3,394 yuan (US$490) a night.

There is a floor of suites below the water level, but don’t expect to gaze directly into the depths of the quarry — the windows are instead buffered by large fish tanks.

The hotel also houses four restaurants and bars, including a specialty seafood venue that is enveloped by a custom built aquarium.

Martin Jochman, a British architect whose masterpieces include the iconic sail-shaped Burj Al Arab Jumeirah, Dubai, is responsible for the concept and facade design.

“This was a totally unique idea, to really do something special with a site that was forgotten and nobody knew what to do with, and to give it new life,” said Jochman. “I never lost my belief that it would be done one day, but it is here now, and I am really excited and amazed by the whole thing.”

Chen Xiaoxiang, chief engineer with the real estate giant, Shimao Property, added: “It’s a project that’s completely new, a project we have never encountered before. There were no references, cases or experience we could learn from to solve all the difficulties.” 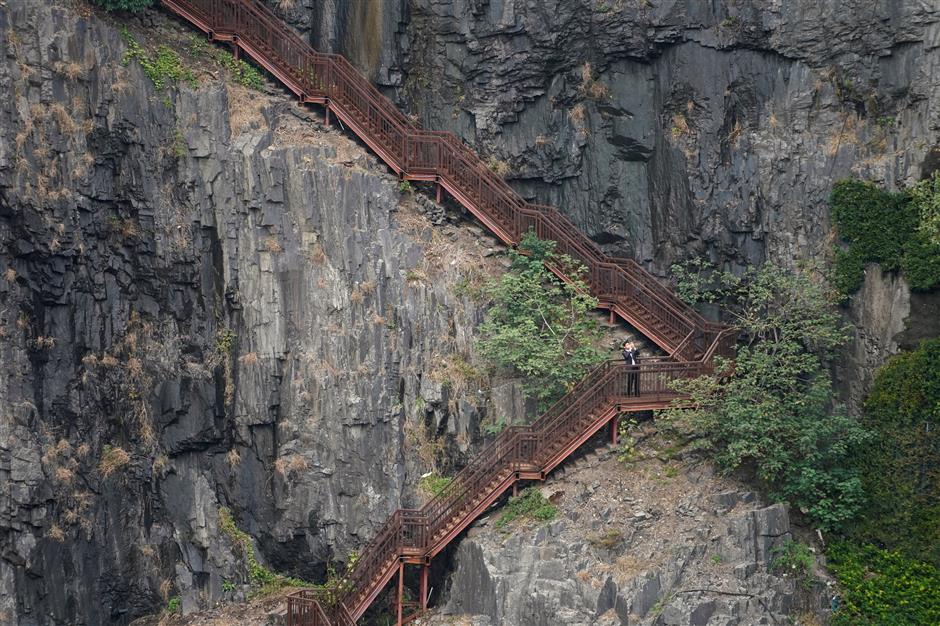 A man takes pictures from a staircase at the compound of the InterContinental Shanghai Wonderland, a hotel built on the site of a former quarry, in Shanghai, China, November 15, 2018.

That meant engineers were met with unexpected problems. Before construction started in 2013, heavy rainfall caused a nearby river to overflow into the quarry, filling half of it.

“If something like that had happened after construction was complete, it would have been a devastating blow,” Chen said.

Designers built an embankment around the edge of the pit to prevent that happening in future. A pump house is used to help regulate water levels.

The waterfall is one of the development’s most eye-catching features. Adventurous guests can also indulge in rock climbing.

“We are delighted to be joining forces with Shimao Group again to open InterContinental Shanghai Wonderland — an architectural masterpiece which is a wonder and beauty in the global hospitality industry,” said Wang Lin, chief marketing officer of IHG China.

“The opening of this hotel marks a significant milestone in our development strategy and further enhances our luxury portfolio in China.”

Su Shuangxi, a 63-year-old resident who used to be a worker in the quarry, was amazed by the transformation of the pit.

“I’m thrilled to see the miracle. The scar of the city has been rejuvenated into the star of the city,” Su said.

Currently available for invited guests only, it will open room reservations to the public from November 20. 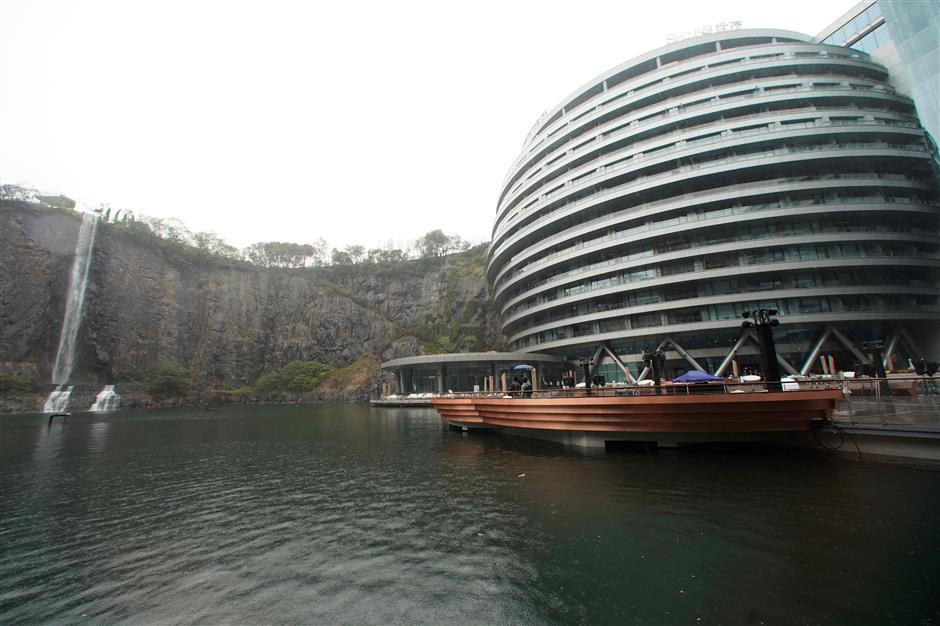 A general view of the InterContinental Shanghai Wonderland