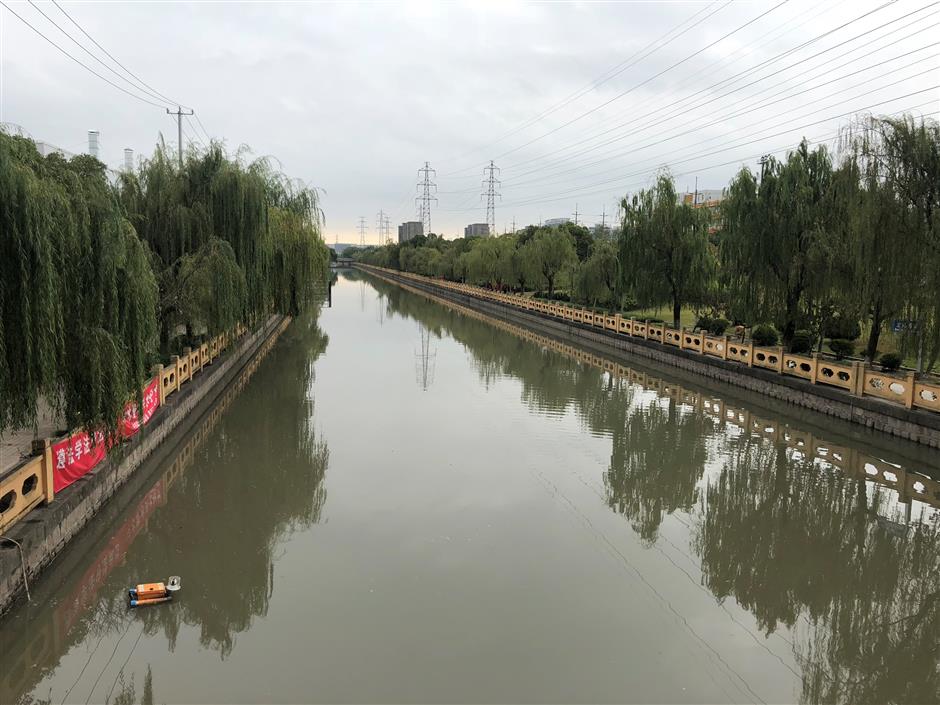 Yantietang River in the Puding New Area, once a busy conduit of salt and iron for over 1,000 years, has been cleaned up as part of a citywide campaign.

The proportion of local waterways that are so heavily polluted they cannot be used has declined to 23 percent from 38.7 percent, meeting the 2018 target, the city water authority said yesterday.

Early this year, a survey found 18,800 polluted waterways in the city, 7,650 of which have since seen some improvement, a success attributed principally to the river chief system.

District directors have been put in charge of major waterways under their jurisdiction, while heads of subdistricts or towns serve as secondary river chiefs for creeks and smaller rivers. Their job is to ensure that their waterways are cleaned up and stay clean. They may find themselves in hot water if they neglect their duties.

In Hangtou Town, the Pudong New Area, one of the stinking channels already cleaned is Yantietang River, literally "salt and iron river" which has transported salt and iron for more than 1,000 years. Pudong water authority on Thursday announced the completion of the river's treatment after dredging, controlling sewage and restoration of the ecosystem.

Once an important shipping channel and water source for residents on its banks, ships disappeared and residents began using tap water. Illegal buildings sprung up on the riverside. Pollution naturally followed. Over 140 illegal buildings were demolished on a 2-kilometer section of the water, said Fan Yeqing, chief of the Yantietang.

Next up is Suzhou Creek, a 125-kilometer stream that flows from Qingpu District to Waibaidu Bridge, and the biggest tributary of the Huangpu River. In three previous attempts between 1998 and 2011, 14 billion yuan (US$2 billion) was spent. Residents are being asked to monitor the river chief's performance through city’s 12345 public service hotline.