It's colorful, it's Belt and Road, but is it art?

A pedestrian looks at the flying Apsaras on Fuxing Road W. on Sunday. The installation has been removed.

Some art installations that featured giant artificial flowers and exotic goddess statues were removed from Fuxing Road W. in Xuhui District following widespread controversy as to their appropriateness.

The section between Wukang Road and Huashan Road is dotted with historical buildings and former residences of celebrities. It is part of Xuhui’s historic scenic protection zone. A rendezvous for people to take a nostalgic walk, it’s popular this weekend as fallen leaves are left in situ. To embellish the golden carpet of fallen leaves, the district government invited a social group called Feilin to add some artistic bounce.

A set of 12 installations, made from fallen leaves, wood, soil and rocks, were unveiled to the public on Saturday. They supposedly feature historical and cultural elements of Belt and Road countries such as camels, nymphs and dancers.

Jin Peihua, head of the Feilin public interest affairs development center, had told a forum that it took two years of visits to Belt and Road countries to find inspiration. But the efforts were not equally valued by all.

The extremely colorful installations in very distinct styles triggered some strong opposition. Some thought they looked ugly and cheap, and did not match the historical charm of the road, including writer Chen Danyan.

“The decorations didn’t match the personality and spirit of Xuhui’s scenic zone,” Chen said on her WeChat Moments.

Popular Weibo blogger, Gesangxiaowu, with 190,000 followers, said the attempt to add Central Asian elements had resulted in ugly flowers and a scary-looking dancer. She blamed the government.

Xuhui government released a statement, saying some of the installations had been “adjusted.”

“Based on appraisal, some installations have little relation to fallen leaves. They don’t look beautiful and they do not match the road’s historic ambience. Feilin immediately made adjustments,” it said. “Culture should be respected and civilization should be preserved.”

On Sunday afternoon, Shanghai Daily found some of the most controversial installations such as the statue of a Western Asian beauty and relief of flying Apsaras had been removed. 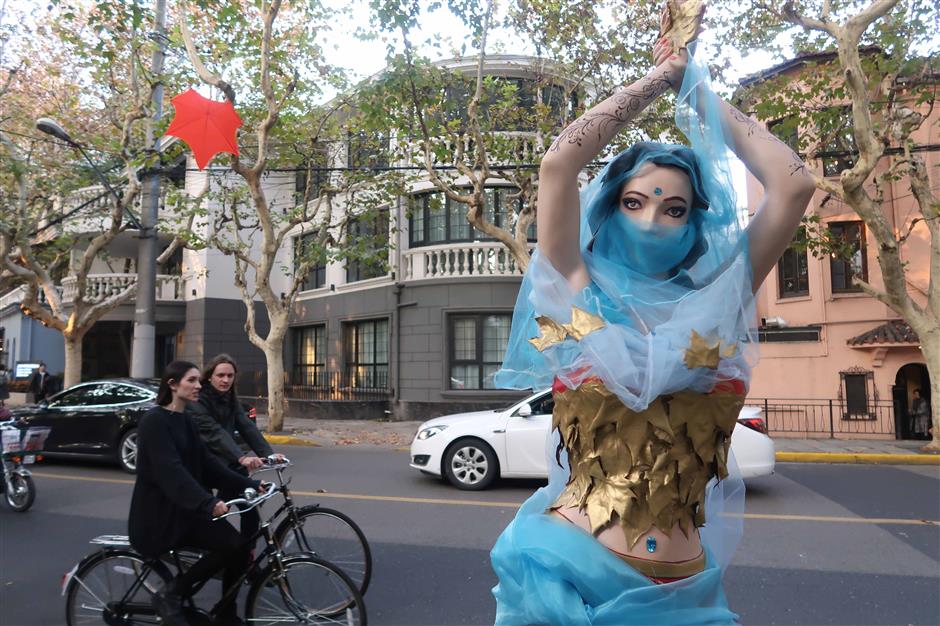 This installation has also been removed.

Xiong Feng, 59, lives very close to the site of the statue of the beauty.

“My neighbors and I all liked it. We thought it added color to the neighborhood,” she said. “It was still there when I came out this morning but it had disappeared this afternoon.”

Xiong was unhappy. “Yesterday, I took a bus to hospital and I heard people talking about it. Old people all loved it, but young people didn’t. We shouldn’t remove something just because some don’t like it.”

Li Aihua, 55, and her friends had come to enjoy the road blanketed by fallen leaves.

“I like the installations, especially the camel on the walls. They are beautiful and they add some new colors to the road,” she said. When hearing that some had been removed, she said: “I think we should be tolerant. Artists need a platform to show themselves.”

Xiaobei, a 20-year-old tourist from Chongqing, also likes the installations.

“I saw the beautiful golden leaves and the installations when I was on the bus. So, I got off to take pictures,” she said.

Mao Wencai from Purple Roof Gallery, organizer of the biennial sculpture exhibition in Jing’an District, said installations are not just copies of famous statues or something with aesthetic value.

Installations are part of public art which should be closely tied to people’s lives, integrated with the local environment and enjoyed by local people, she said. 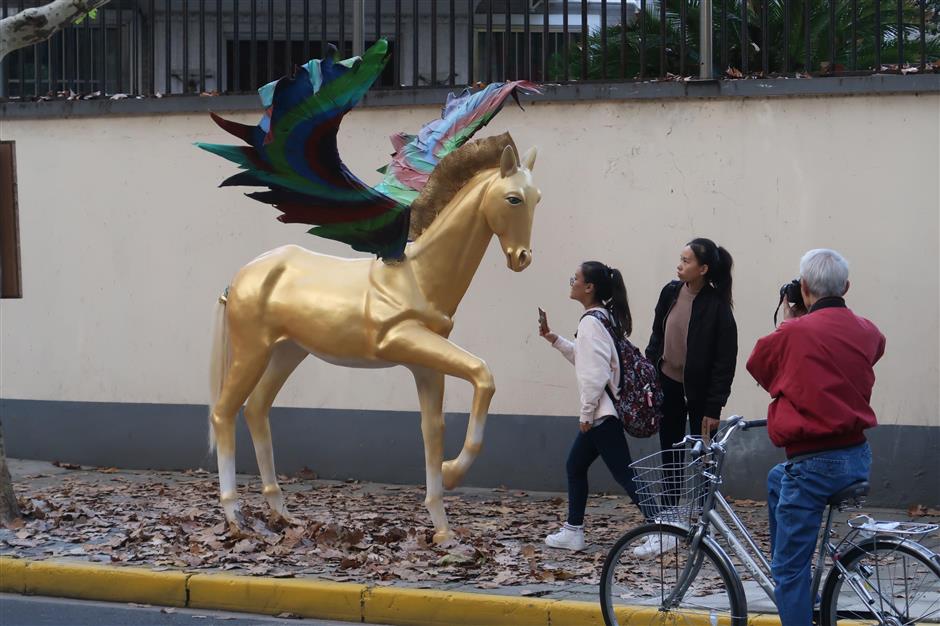 The flying horse is no exemption. 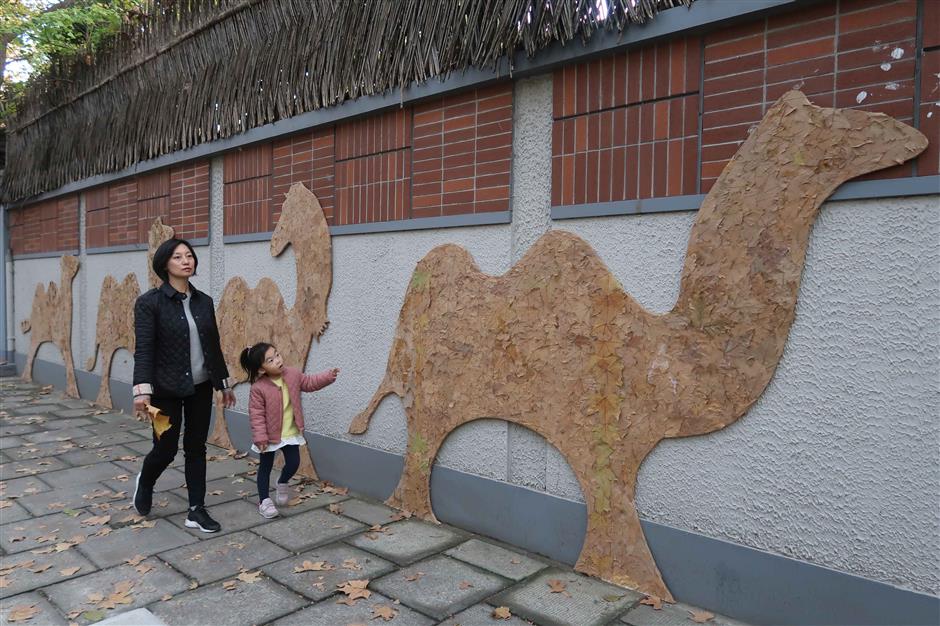 Fallen-leaf camels are deemed suitable and remain in place.