The riveting elegance of mineral crystals

In 2006, Du Sijian took advantage of the emerging online retail business to pursue his fascination with mineral crystals.

The electronics and information engineering graduate bought crystals on Ebay to trade, though many of his early purchases proved unprofitable.

Born in Henan Province, where his family works in the jade trade, Du took an interest in beautiful stones at an early age. He wore jade around his neck and on his wrist, belt and ankles.

“But the price of jade depends on the carving,” he said. “I have seen good jade being wasted in the hands of unexperienced people. That breaks my heart.” 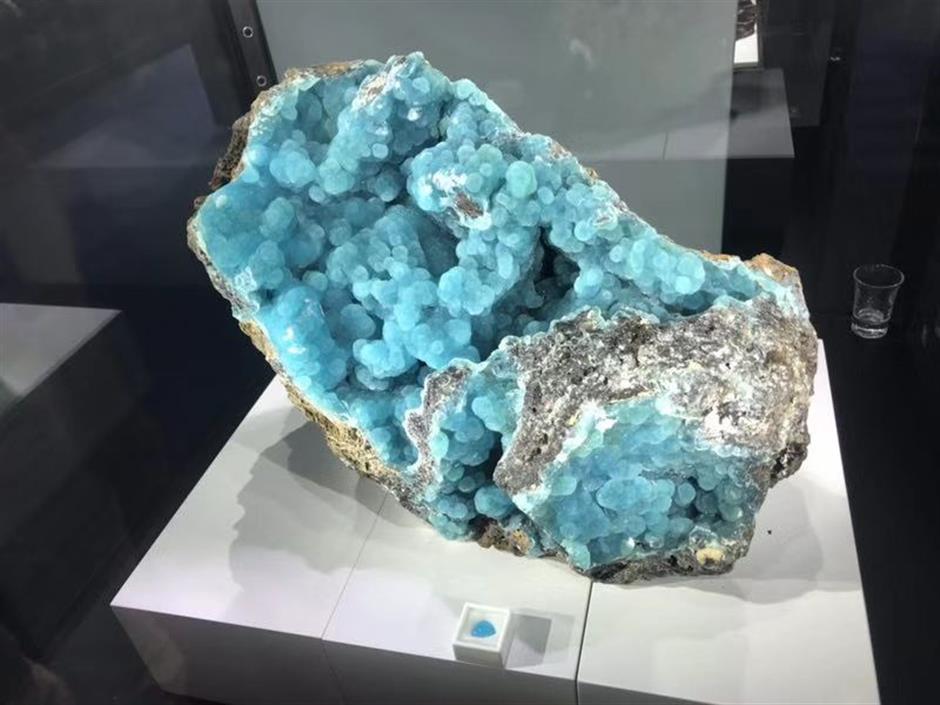 Colorful mineral crystals displayed at the Shi’an Mineral Museum in Minhang District are from a personal collection of Du Sijian.

Du said he was always in pursuit of natural stones that didn’t require decorative embellishment. While jade and jewelry are human artworks, mineral crystals are creations of nature. Du likes stunning uncut stones with irregular shapes, just as the way they formed deep in the earth.

Though he wanted to pursue his passion, he didn’t have any experience in the field, and there was no such thing as mineral dealers back then in China.

“The concept of mineral crystals began to take shape during the 1990s,” said Du. “The owners of mines had their eyes set only on coal, and the miners themselves didn’t understand the value of stones they just threw away as byproduct or waste.”

Information of the stones wasn’t available on the Internet at the time, so Du had to figure out everything himself.

“I bought countless fake stones, but I loved the business and carried me on,” he said.

One advantage were the relationships he established with foreigners during his earlier trading business. That enabled him to learn about trends and prices on the global market. Du gained insight by communicating with foreign collectors and by attending international exhibitions. He gradually gained a reputation for himself among collectors.

“China is a large country rich with mineral resources,” he said. “Some mineral specimens are among the top in the world market. Some even set the standard.” 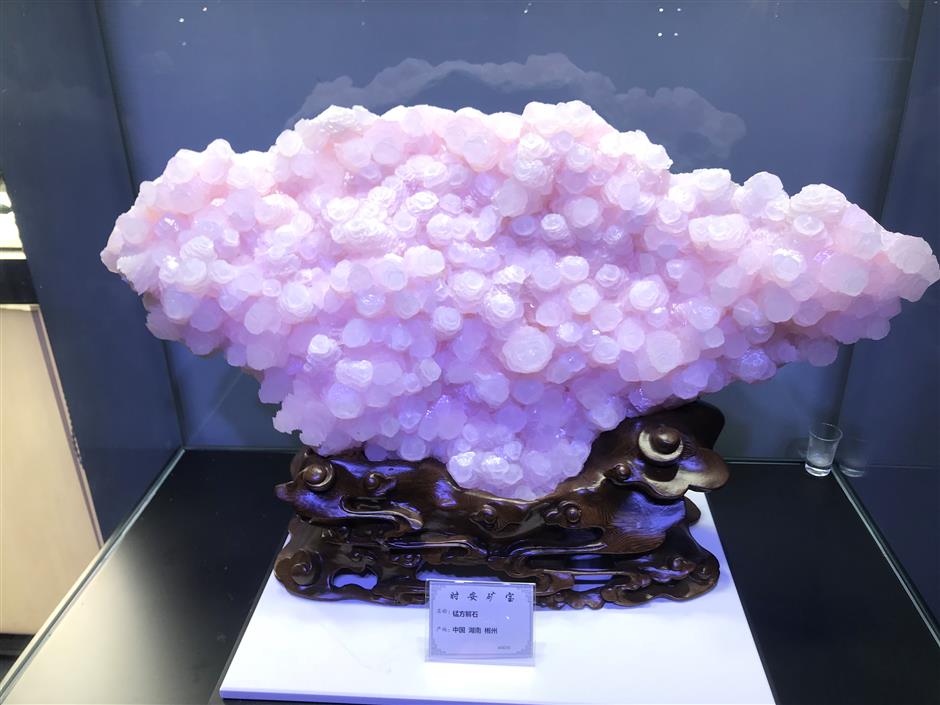 He said the popularity of the social networking platform WeChat has benefited the industry.

“Everybody uses WeChat, and they learn about the price of mineral crystals from their contacts,” he said. “Miners used to bid no more than 100,000 yuan (US$14,438) for crystals that they now offer about 1 million yuan for.”

Now a dealer for 10 years, the 36-year-old Du focuses on the high-end market and owns some 2,000 pieces of fine mineral crystals. He was honored as a “star of mineral crystals” at the Hunan Mineral Exhibition held this May.

“International buyers like specimens that are big, while Chinese people prefer stones with special shapes,” he said.

Du’s associates abroad tell him there is a cycle in mineral dealing and the global market is hitting a low, but Du said he doubts the Chinese market is in a downturn.

“Perhaps the performance of the market isn’t as good as it was five years ago because of the domestic economic environment,” he said. “I used to travel around the country and visit four to five mines in one month. I have reduced that frequency to once every two months now. Nevertheless, prices are continuously rising, and there’s no reason for them to drop.” 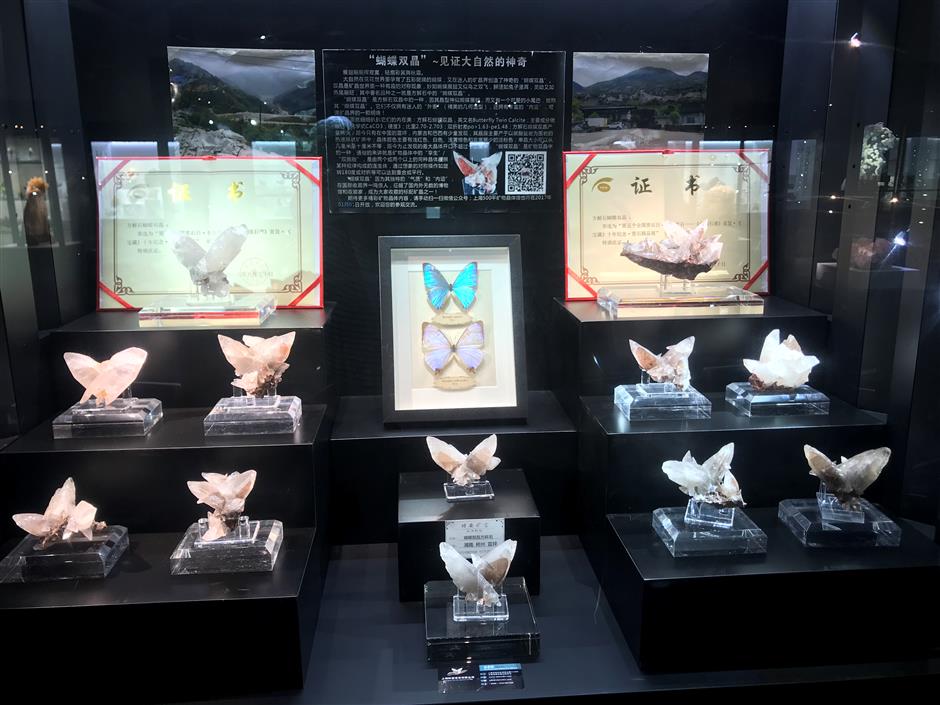 Stones like quartz or crystals are formed by minerals at a certain depth from Earth’s surface. With mining going deeper, fewer crystals are being unearthed.

Shanghai has held mineral crystal exhibitions for 19 years, making it a pioneer in the industry. But compared with Western markets, China’s is still underdeveloped.

“From my experience, I think there are fewer than 100,000 people in the whole domestic industry chain, including miners, buyers, scholars and collectors,” said Du. “Maybe more people will enter the business in the future.”

Du exhibits his collection in his personal museum, hoping that more people will learn about nature’s treasures.

China is a large country rich with mineral resources. Some mineral specimens are among the top in the world market. Some even set the standard. 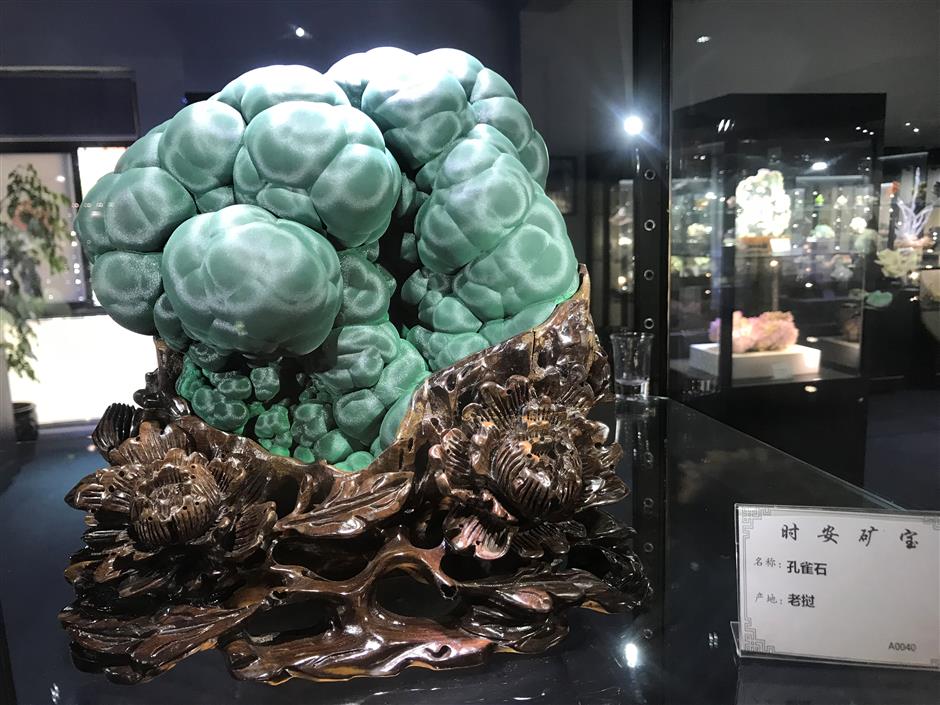