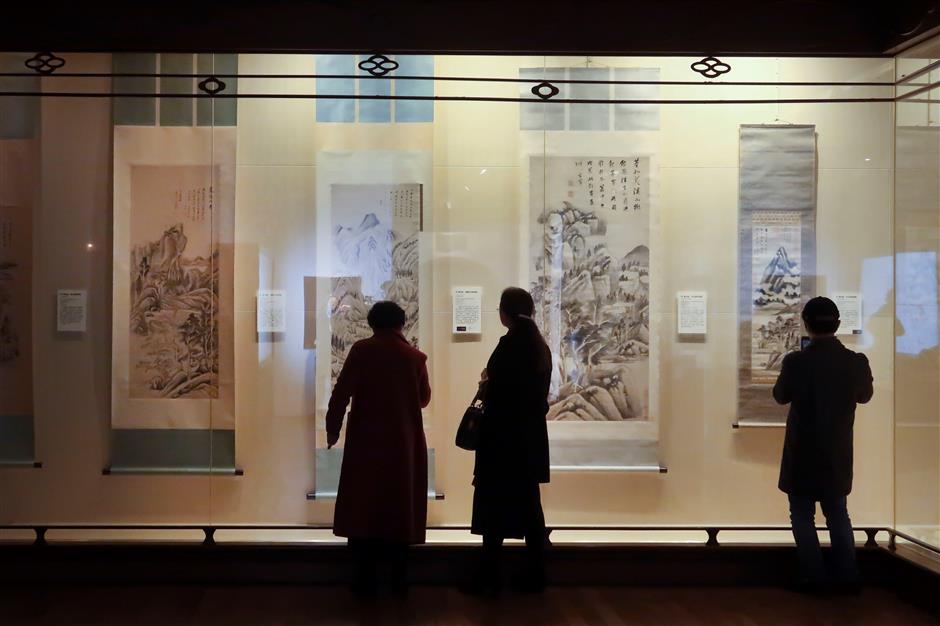 Visitors look at the paintings of Dong Qichang at the exhibition.

The first exhibition devoted to the work of ancient Shanghai painter Dong Qichang (1555-1636) has opened at Shanghai Museum and features the most complete collection of his work ever brought together.

It includes 154 exhibits from museums and institutions such as the Metropolitan Museum of Art in New York and the Tokyo National Art Museum.

Yang Zhigang, director of the museum, said the exhibition — The Ferryman of Ink World: Dong Qichang’s Calligraphy and Painting Art — was not just about the Songjiang-born artist but the Jiangnan culture he represented.

Dong was heavily influenced by his predecessors while creating his own distinctive plain style and came up with a number of highly influential theories on painting and calligraphy.

Many masterpieces known to have inspired Dong are also on show, such as “Fuchun Shan Ju Tu,” or Dwelling in the Fuchun Mountains, which is often cited as the epitome of traditional landscape painting, as well as calligraphy by “the sage of calligraphy” Wang Xizhi (303-361 AD) and Yan Zhenqing (709-785 AD).

The exhibition will run through March 10, but some 40 borrowed exhibits will be returned to their home collections before then.