Ying said President Xi Jinping made remarks at the first China International Import Expo that China will further open up to the outside world. As the country’s window of opening-up and reform, Shanghai has introduced 100 measures to further open up its sectors such as finance and advanced manufacturing.

The city is willing to learn from the UK’s experience in building itself into an international finance center, and strengthen its cooperation with the UK’s financial institutions.

Shanghai will in turn create a law-abiding, international, efficient, standardized, and fair market environment for the companies operating in the city, Ying said.

Wells said Prudential has investment all over the world and has set up an investment management company with sole ownership in Shanghai. It has fully experienced Shanghai’s efficiency and openness.

The company is willing to exert its advantages and increase investment in Shanghai, and support the city in its efforts of building itself into an international financial center, Wells added. 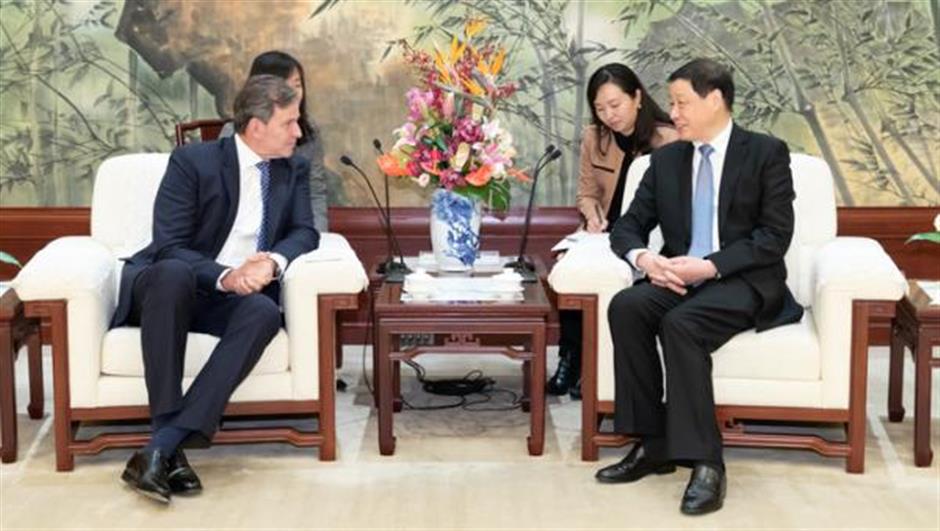