Chongming is in line for planned Metro extension 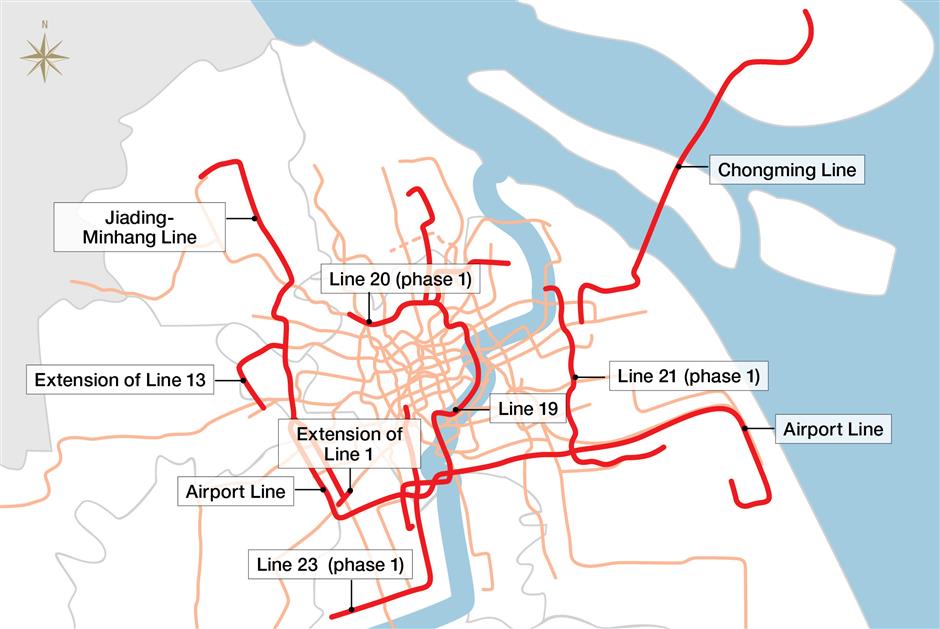 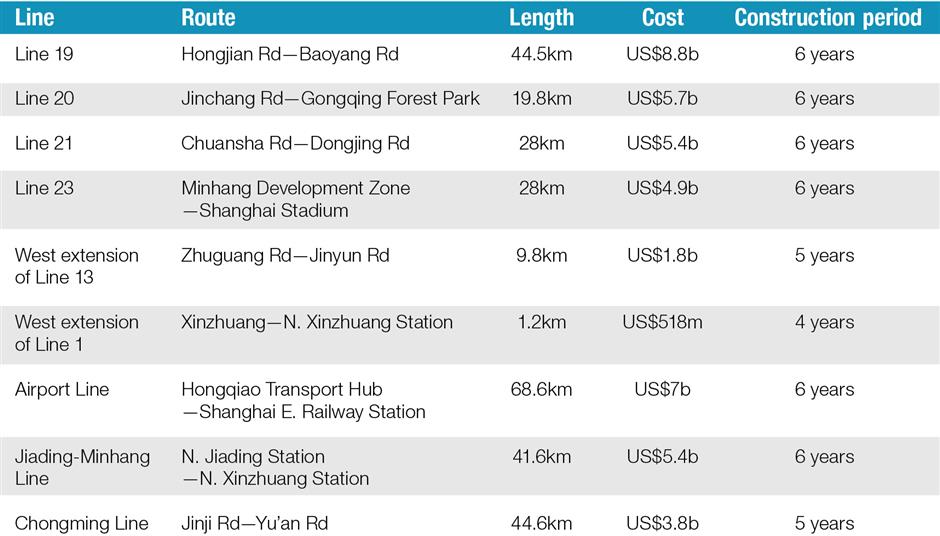 The Shanghai Metro is being extended to Chongming Island.

The National Development and Reform Commission has approved the 2018-2023 construction planning of the city’s Metro network.

The Chongming Line is included in the plan, along with planning for another eight lines.

The Chongming Line will run between Jinji Road Station in the Pudong New Area and Yu’an Road in Chongming’s Chenjia Town, covering 44.6 kilometers and eight stations. The construction is scheduled to take five years.

The Chongming Line train will have 10 carriages with a speed limit of 100 kilometers per hour.

But Shanghai Shentong Metro Group, the city’s subway operator, said that although the plan has been approved, the exact date of the start of construction is still being discussed. The stations and model of train are not finalized either.

“Plans were made for a Metro line under the Shanghai Yangtze River Tunnel while it was built,” an official from the Metro operator said yesterday.

“But that was more than 10 years ago, we may have to reevaluate its feasibility.”

Chongming residents have been expecting a Metro line for more than a decade.

Shi Yuhua was born in Chongming but lives downtown. She goes back to the island every few weeks.

Shi mostly drives — it’s often 70 minutes if the traffic conditions are good. But the Xiangyin Road Tunnel and the expressway near the toll station on Changxing Island to Chongming often jam up.

“I was once stuck in the traffic flow near the toll for an hour,” said Shi. “Yet my car only moved about 2 or 3 kilometers.”

Apart from the traffic jams, the speed limit on the Yangtze River Bridge is set at 80 kilometers per hour.

“I would definitely take the Metro after it’s completed,” said Shi. “Driving is expensive if you consider the gasoline and toll fees. It is also exhausting.”

Yang Xin, a student whose campus is in Chenjia Town, shuttles between downtown and the island every week.

Every Sunday, she takes a bus at Wenshui Road transportation hub. It takes her about an hour to get to Chenjia Town.

“The bus leaves the hub every 15 minutes and if it is fully occupied I’ll have to wait for another one because the bus does not allow passengers to stand for safety considerations,” Yang said.

Zhu Jie, a Chongming native who now lives in Jing’an District, said that as Chongming is the third-largest island in China, one Metro line may not be enough.

Zhu’s parents still live in Xinhai Town in the northwest of the island.

“The Metro line will undoubtedly help people in the east of the island,” Zhu said. “Especially with the B&B business on the rise.”

But Zhu said his parent’s place is another 90 minutes drive from the planned Metro station. He said he would still drive or take the ferry.

“It usually takes four hours for a round trip,” said Zhu.

Apart from the Chongming Line, the other eight lines of the plan are Line 19, 20, 21, 23, the extensions of Line 1 and 13, the Airport Line and the Jiading-Minhang Line.

The west extension of Line 13, from Jinyun Road Station to Zhuguang Road Station, will cover 9.8 kilometers and five stations.

The west extension of Line 1 will be an extra station on Humin Road which passengers can transfer to the Jiading-Minhang Line.

The Airport Line, from Shanghai Hongqiao Transport Hub to Shanghai East Railway Station which is still under construction now near the Pudong International Airport, will cover 68.6 kilometers and nine stations.

The Jiading-Minhang Line, from North Jiading Station to North Xinzhuang Station, will cover 41.6 kilometers and 15 stations.

The construction of these lines are expected to take five to six years and is planned to start before 2023. After completion, there will be 27 Metro lines covering 1,154 kilometers, including Line 14, 15 and 18 under construction, in Shanghai. Currently, the city has 17 lines adding up to 673 kilometers.