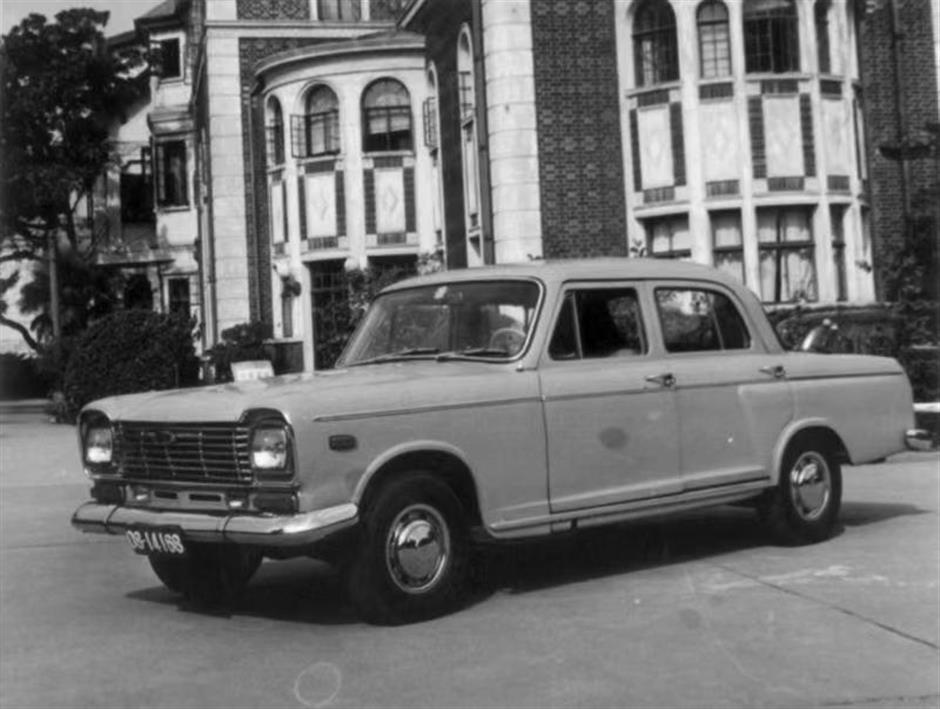 Some sociologists claim that you can measure a country’s economic development by the progression of local transport.

In the last 40 years, China has gone from the world’s biggest nation of bicycles to its biggest buyer of automobiles.

Now, at the cutting edge, is the electric car. At last month’s China International Import Expo, Shanghai introduced 350 Roewe electric cars that will be used primarily as taxis.

The taxi industry exemplifies the modernization of local transport in the last four decades. When China first began its reform and opening-up policies, few people could imagine that hailing a cab would become part of everyday life.

“Ordinary people in the 70s would never ride in a taxi,” said Gao Yang, 63, former chief of dispatching at Qiangsheng Taxi Co, who retired in 2016. “It was absolutely extravagant.”

Gao became a taxi driver in 1973, one of 10 then qualified for the prestigious job of driving a “Shanghai sedan.” The flagfall fare was 1.5 yuan (22 US cents), which was then a lot of money for most people.

“Most of my customers were foreigners or distinguished guests,” Gao said. 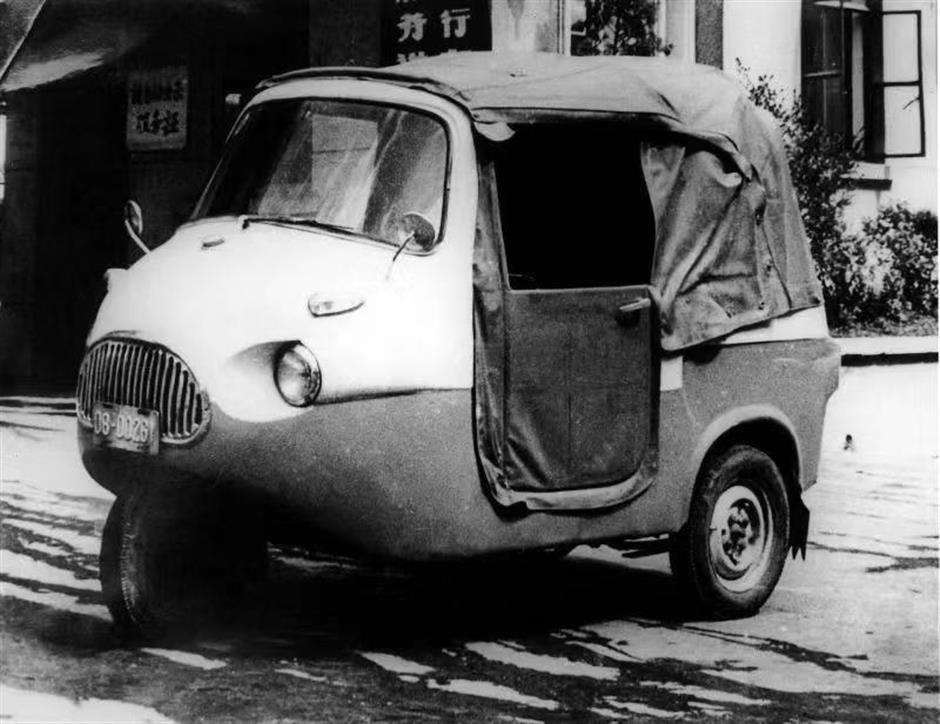 At the time, there was no such thing as hailing a taxi on the street. People wanting a cab had to go to a taxi station or book it by phone. In 1978, Gao was transferred to the dispatch room to manage bookings.

He also had to walk around town to do navigation references for the drivers.

“From the 1970s to the 90s, we did 14 hand-written navigation notebooks, recording almost every single street in Shanghai, no matter how small or elusive,” he said.

The notebooks marked out landmarks like shops, telephone kiosks, mail boxes or even telephone poles on each road. Dispatchers had to memorize all the roads.

“We sometimes rode bikes in the maze of back alleys and lanes in Nanshi District, which is now part of Huangpu, while jotting down notes,” said Gao. “Sometimes we took a bus to a terminal station and walked our way back downtown.”

Gao remembered the time he took Bus 69 to the Xijiao State Guest Hotel in the west of the city in a summer day and then walked back to Jing’an Temple downtown to record the route. There was also the 16-kilometer walk from Hongqiao Airport to the Bund. 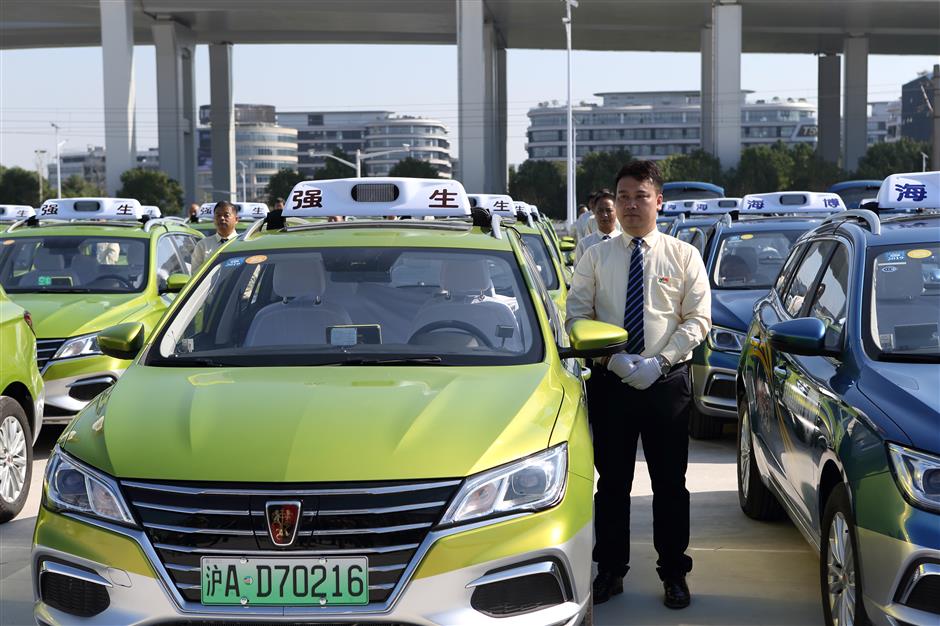 Demand for taxis grew dramatically as economic development brought more businesses and foreigners to the city.

In the early 1980s, Shanghai introduced hundreds of motorized tricycles as affordable taxis, with a flagfall fare of 0.3 yuan. Locals called them “little turtles.”

Chen Zhaowei was among the first to drive a taxi tricycle in 1981. He retired last month, wearing his old taxi uniform for the last time as he bade farewell to colleagues.

“One time, a pregnant woman needed a ride to the hospital,” said Chen. “I came to pick her up.”

But before they reached the hospital, the woman gave birth in Chen’s tricycle.

“We were lucky that the birth was without complications,” Chen said. “But it was obvious we needed a better system.”

Indeed, demand for better and faster taxi service outstripped supply. In 1985, the Shanghai government introduced some 500 sedans and minivans to the taxi fleet. Chen got a Tianjin Daihatsu minivan.

At the time, there were no meters on taxis, which allowed unscrupulous drivers to overcharge passengers.

“There was an incident that infuriated then Shanghai Mayor Zhu Rongji,” Chen recalled. “A businessman from out of town was charged 200 yuan for a trip that should have cost about 40 yuan.”

Zhu demanded a total overhaul of the industry. All privately owned taxi firms were shut down and meters were installed in every cab.

The Chinese flutist Lu Chunling once left his instrument in Chen’s car. Chen drove back to return it to him. Lu sent Chen a hand-written thank-you card.

“Lu passed away earlier this year,” said Chen. “I have kept the thank-you card all these years to remind myself to be fair and dedicated.”

As reforms improved the standard of living in Shanghai, taxis became a common form of transportation. In the 1990s, the flagfall fare was 10.8 yuan for Volkswagen Santana sedans.

“It was the best of times for taxi drivers,” said Gao. “They earned 10 times more than the average worker’s salary of 400 yuan a month.”

When Chen first got his Daihatsu minivan, there were only about 140,000 cars in Shanghai. The number today exceeds 3.5 million.

Getting a taxi no longer requires standing at the curbside, waving one’s arms. In the digital age, taxis are “hailed” online, with apps such as Didi.

By the time he retired, Chen said he still hadn’t quite figured out how to use Didi.

“Young people seldom hail taxis on the street anymore,” he said. “People go to their smartphones instead of going to taxi stations like they did in the 1980s. But competition is a good thing. It improves our services.” 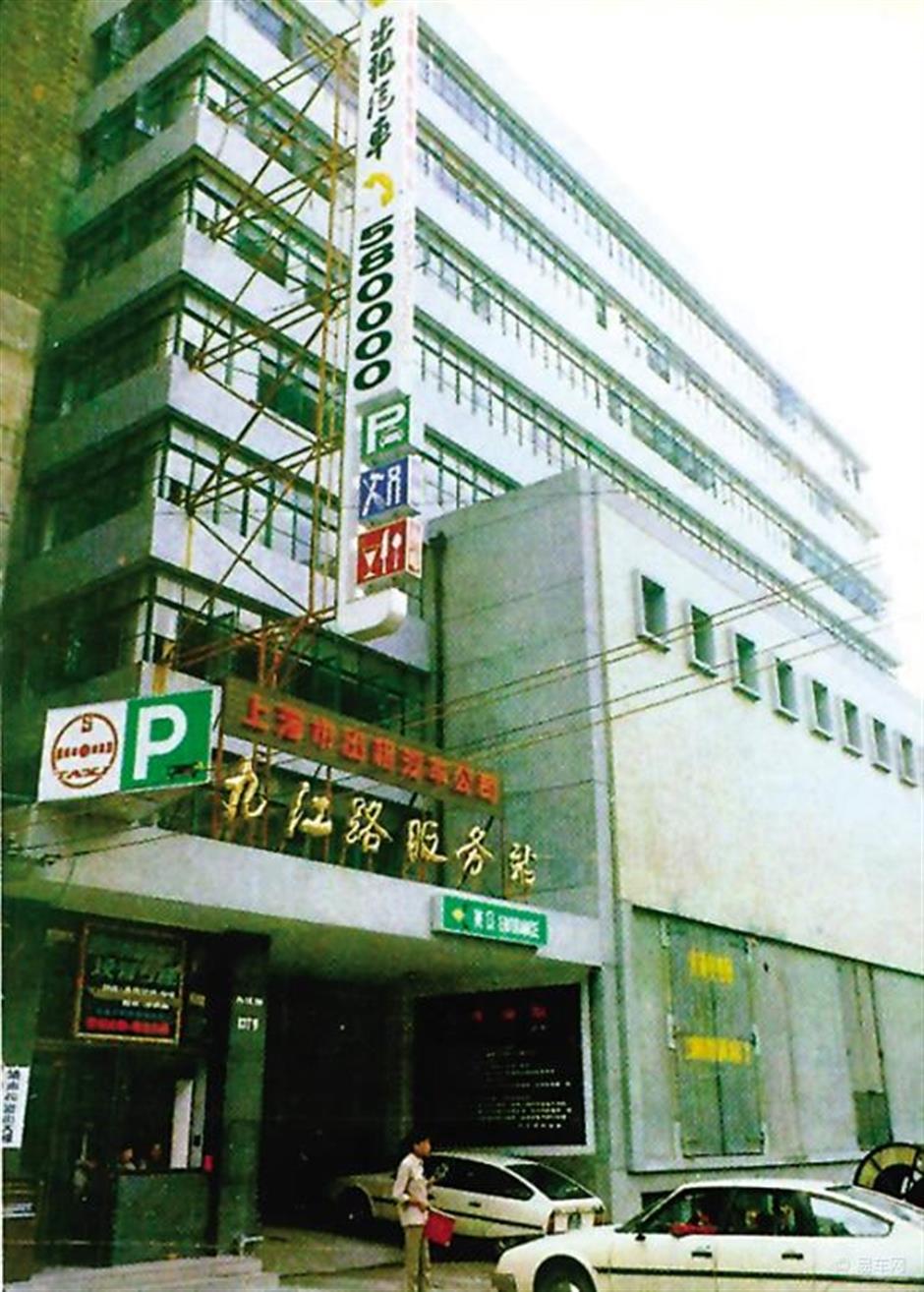 A taxi station on Jiujiang Road, Huangpu District, in the 1980s. 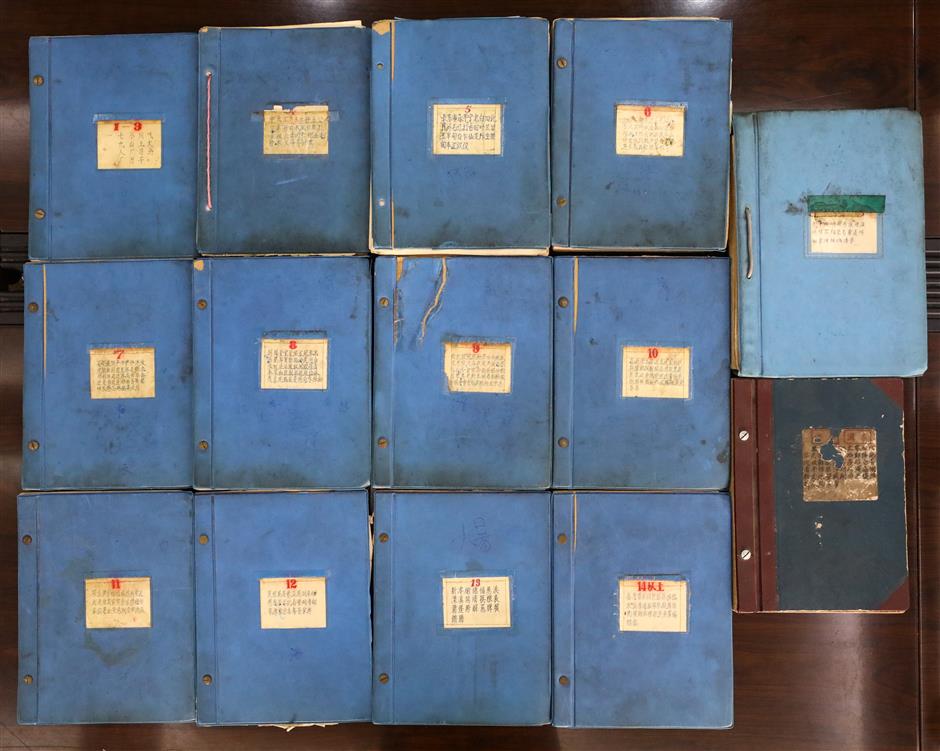 The navigation notebooks Gao Yang and his colleagues made over the years. The witnessed the urban development of the city after the reform and opening-up.