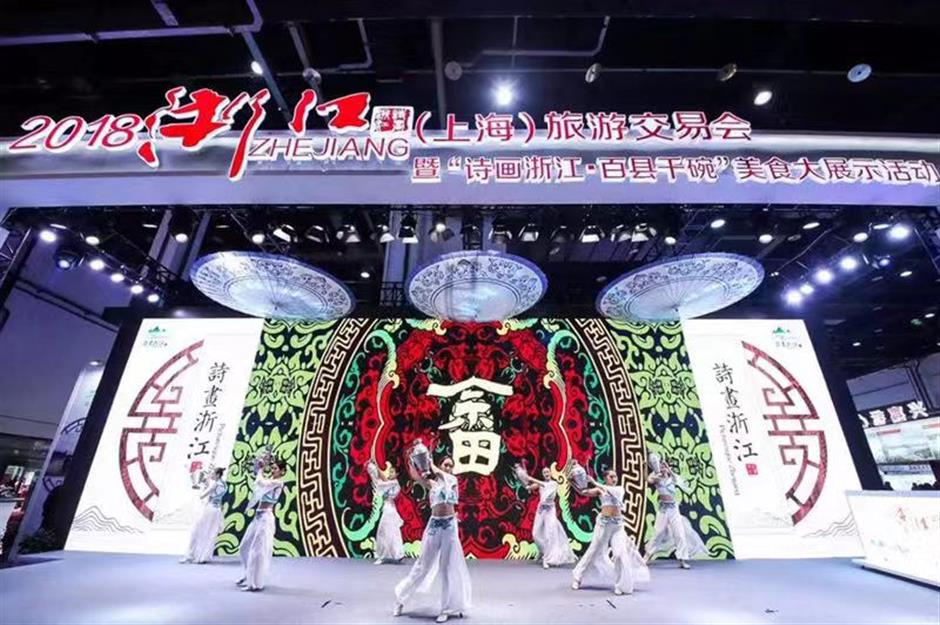 A performance is staged during the 2018 Zhejiang travel fair at the Shanghai Everbright Convention and Exhibition Center in Xuhui District. 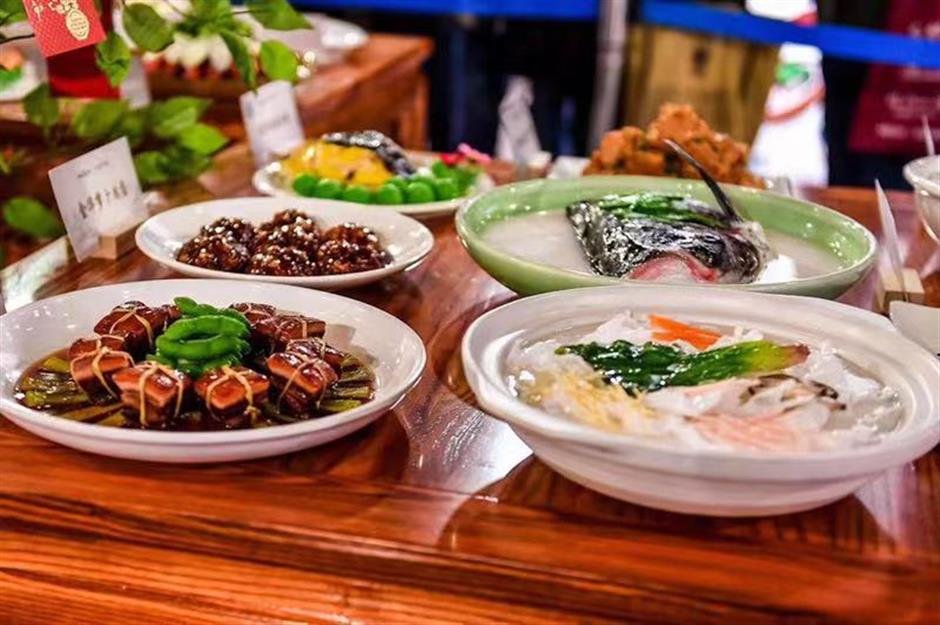 A diversity of delicacies of neighboring Zhejiang Province are on display.

A diversity of delicacies from neighboring Zhejiang Province, as well as intangible cultural heritage performances originating in the province, are being featured during the 2018 Zhejiang travel fair in Shanghai.

The free fair, hosted by the Zhejiang Culture and Tourism Office, runs from Friday to Sunday at the Shanghai Everbright Convention and Exhibition Center in Xuhui District and gathers about 650 exhibition stands.

Visitors are able to taste some snacks and cook Zhejiang delicacies with chefs during the event.

More than 10 intangible cultural heritage performances such as puppet shows, Yueju Opera, and Wuju Opera — one of Zhejiang's best-known art forms — will be staged during the event.

The province's landscapes and tour packages are also promoted, and tourism souvenirs are on display.

Visitors are invited to play games to win free tickets to tourist attractions in Zhejiang, hotel coupons, and other gifts.

Shanghai and Zhejiang will work together on more cross-regional cultural and tourism products to build the Yangtze River Delta region into a world famous tourist destination, Yu Xiufen, director of the Shanghai Administration of Culture and Tourism, said during the opening ceremony. 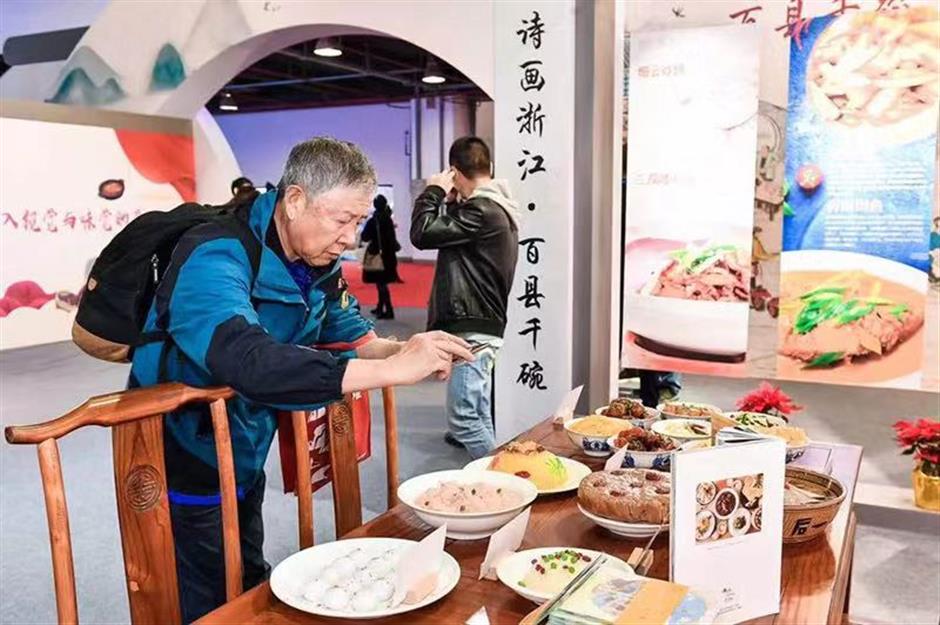 A visitor takes photos of delicacies of Zhejiang Province.