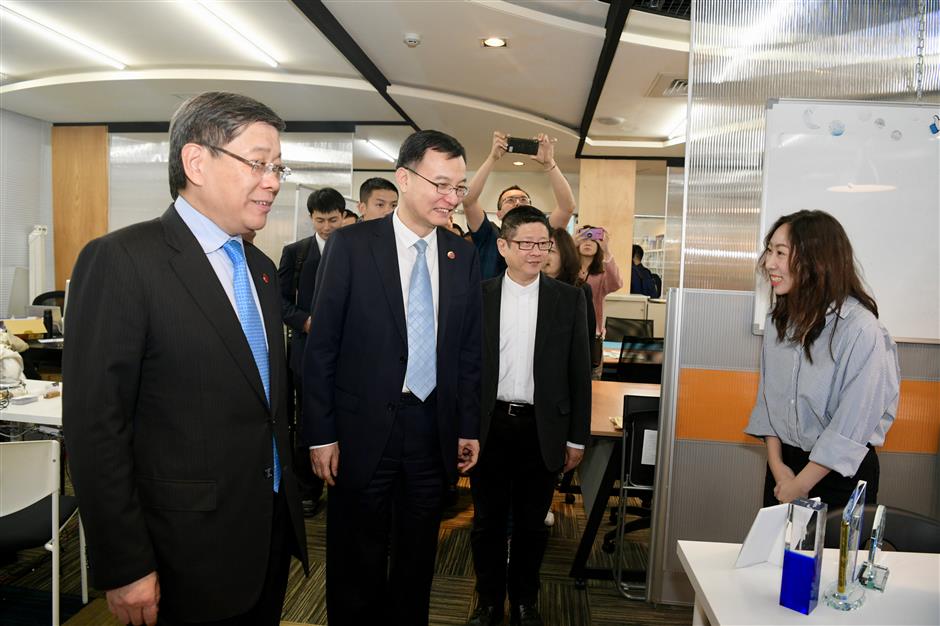 Zhou Bo (second from left), executive vice mayor of Shanghai, talks to an entrepreneur at the Neihu Science Park in Taipei.

A Shanghai government delegation visited public housing, scientific industrial parks, elderly care facilities and urban renewal programs in Taipei when they were in the city to attend the Taipei-Shanghai Forum.

As the main engine for the development of Taipei’s sci-tech industry, the park faces challenges in transformation and upgrading with the rise of emerging industries.

The challenges triggered the “2.0 development plan,” which aims to rejuvenate the park, improve its function and attract multi-industrial enterprises and talent by drawing in innovation enterprises, constructing smart public housing, improving the ecological environment and building a convenient traffic network.

The park has been a partner with Shanghai’s Zhangjiang Hi-Tech Park since the two sides signed a memorandum of understanding for cooperation in 2010 during the first Taipei-Shanghai Forum.

Zhou said the development plan was similar to the planning of Zhangjiang Science City and provided preferences and enlightenment for the latter.

He hoped the two sides could enhance communication and exchanges to solve common challenges.

The Shanghai delegation also visited a shared workspace in the park and talked to business starters, inviting them to run businesses in Shanghai.

They also visited the headquarters of Delta Electronics Inc and saw world-leading products, such as an 8K super-definition projector. 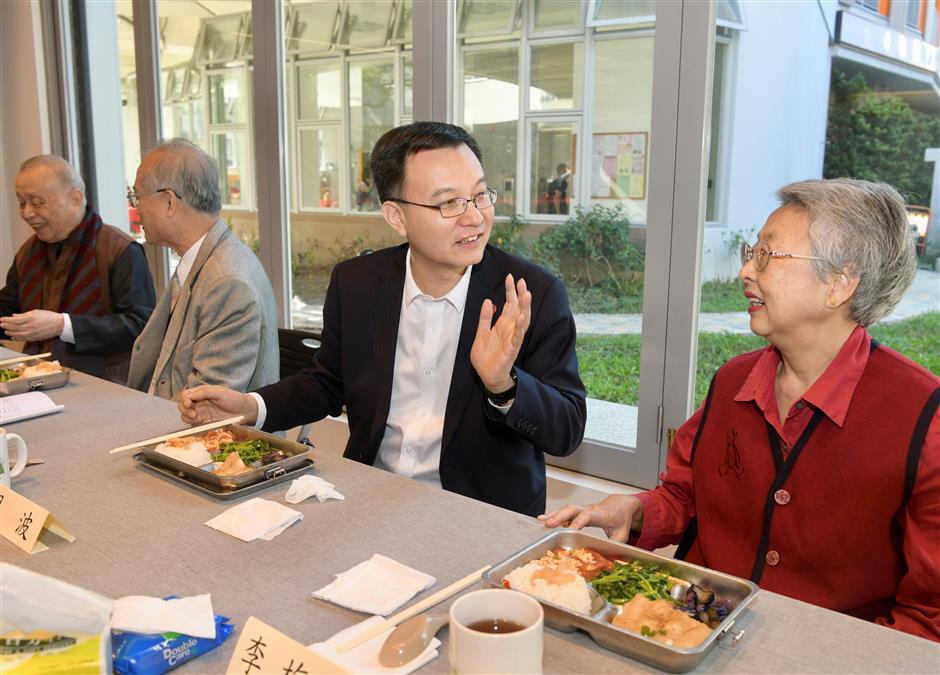 Zhou Bo (second from right) talks to a resident at an elderly daycare center in Taipei’s Songshan District.

An aging population is a problem faced by both Shanghai and Taipei, so the Shanghai delegation visited a daycare center for the elderly and a baby care center in a community in Taipei’s Songshan District.

The daycare center is Taipei’s first program to integrate public housing with social services. Elderly people there can not only enjoy catering and care services, but also participate in various activities, such as baking and learning needlework.

The delegation members had lunch with community residents and tried the cakes they made. They even played basketball with a 99-year-old man.

The Shanghai visitors were impressed by the elderly care center and agreed that there would be new space for Shanghai and Taipei to carry out cooperation in the care of senior citizens.

The delegation also exchanged experiences with their counterparts in Taipei in urban construction, water treatment and old building protection. 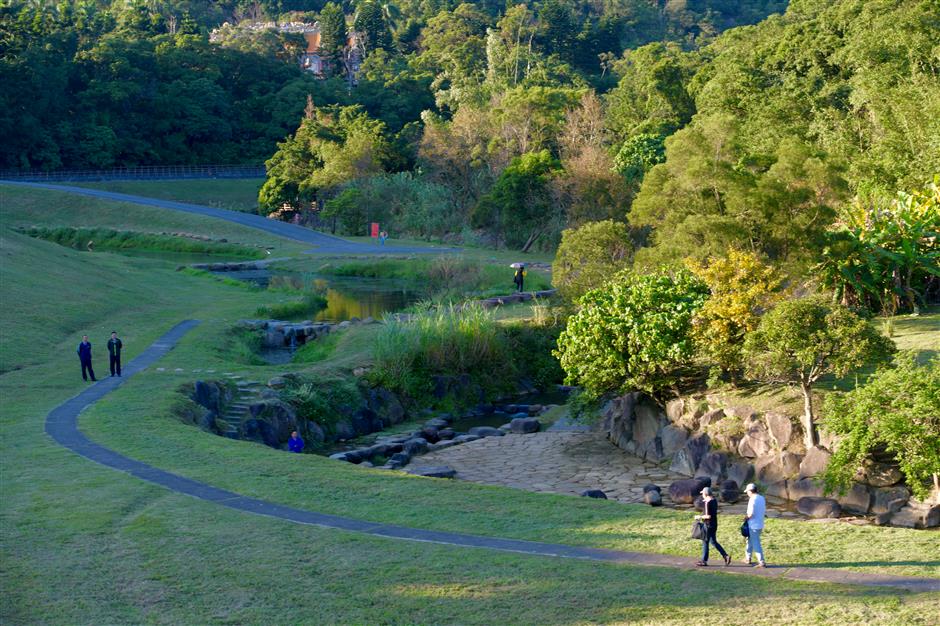