Dirty old street becomes a walk in the park 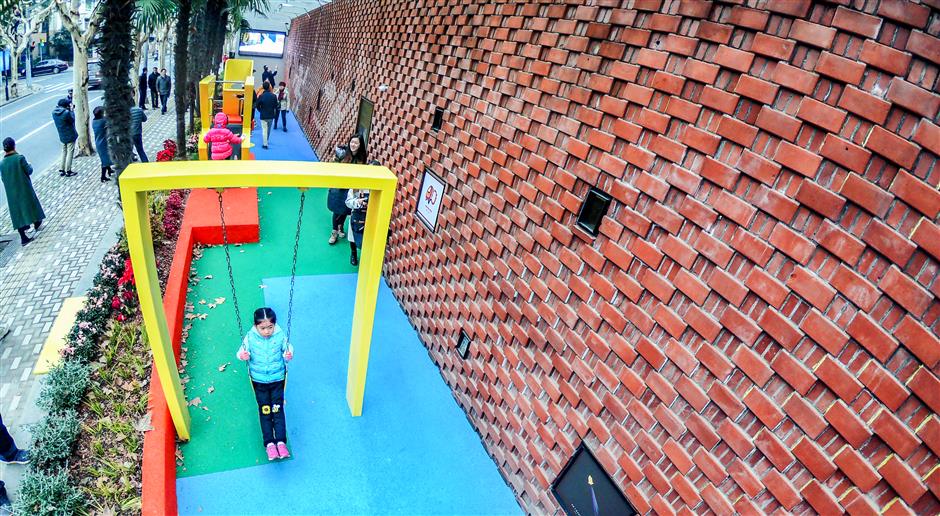 An obsolete walking path on Fuxin Road, Yangpu District, is turned into a stylish “pocket park” in Siping Community.

A little-used path, in a downtown neighborhood has been converted into a stylish pocket park as part of a campaign to revitalize old communities with subtle renovations.

A pocket park, parkette or mini-park, is a small park open to the general public. They are frequently created on a single vacant lot or on small, irregularly shaped pieces of land.

The “Open Your Space” campaign invites teachers and students from Tongji University college of design and innovation to improve public spaces in those workers’ communities built to accommodate a rapidly expanding workforce during the 1950s.

The pocket park on Fuxin Road in the Siping Community, Yangpu District, opened over the weekend after about a month of work. It retains the original layout of the site but a seesaw, swings and benches have been added.

“We want to bring the residents together in the public space and revitalize the community,” said campaign leader Ni Minqing of Tongji University. 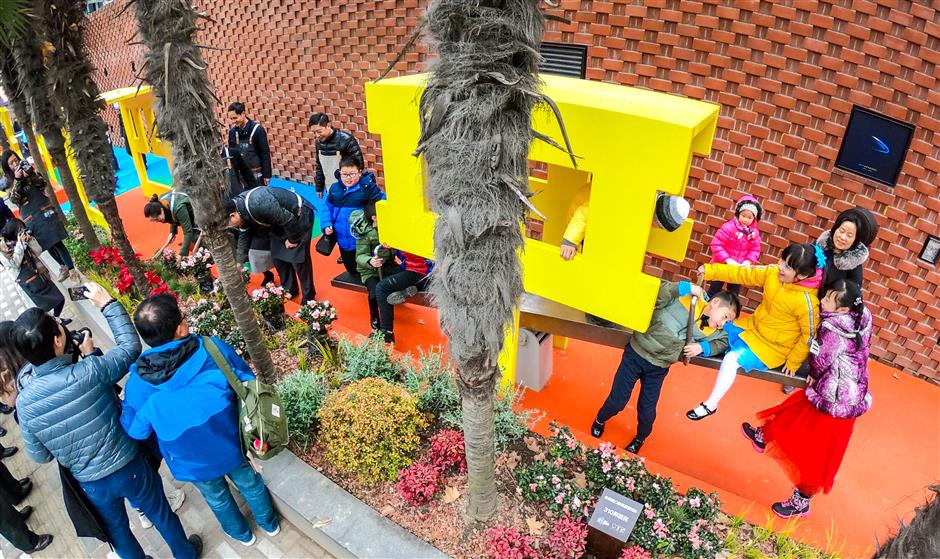 An obsolete walking path on Fuxin Road, Yangpu District, is turned into a stylish “pocket park” in Siping Community.

Once an unfrequented garden with its path littered with trash despite its central location in the community, professors and students from Tongji spent three months cleaning up the site and making plans. Residents were also invited to contribute to the design process.

“It is a great way to intervene in the community by making forgotten space valuable again and involving the whole community,” said Eugenio Mangi, an Italian landscape designer and research assistant who helped design the garden.

The garden has become instantly popular among residents.

Hu Guowei, 65, was born in the community. He recorded the whole renewal process of the garden on video. Making videos has become his full-time hobby since he retired

“The whole community has been improved. Residents discipline themselves to take care of the projects, because they themselves have been involved,” Hu said.

A volunteer team of residents, workers from nearby offices and students keep the garden clean.

The college has designed a waistcoat for volunteers with the new logo of the community.

Opposite the garden, a garbage station had disturbed residents for decades. It has now been converted into co-working space, by City Science Lab @Shanghai in collaboration with MIT Media Lab and Tongji.

“We are not only trying to improve the environment of these old-style neighborhoods but we also want to take the opportunity to study new trends of community life,” said Lou Yongqi, dean of the college.

In addition to decorating residential buildings, the college has plans for stores, workshops, labs and eateries — most of them startups — on a street which was filled with hardware stores before.

A stretch of former eateries and nail saloons on Tieling Road has been converted into design studios, museums and spaces for public classes.

Many other design projects in the community are reaching their conclusions. A newspaper bulletin board, for instance, which remains popular among seniors, will be given a new color, with its lighting improved.

“This project sets out a new paradigm for design intervention in public space, and adopts an inclusive approach to social innovation and collaborative action in public life,” said Ni.

“More importantly, it will bring happiness to residents,” she added. 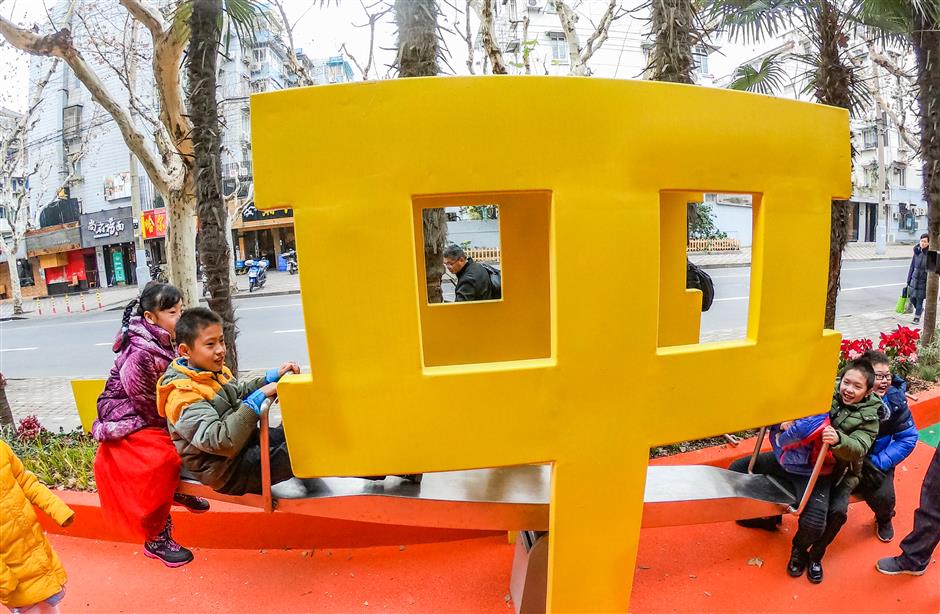 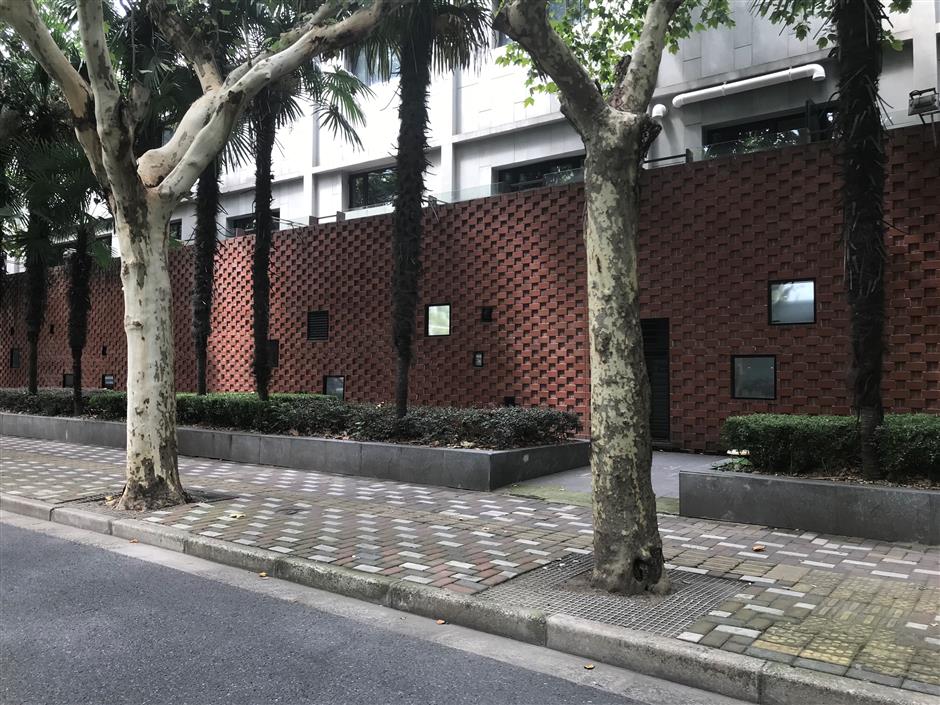 The site was once an unpopular garden and pedestrian path with poor hygiene condition.