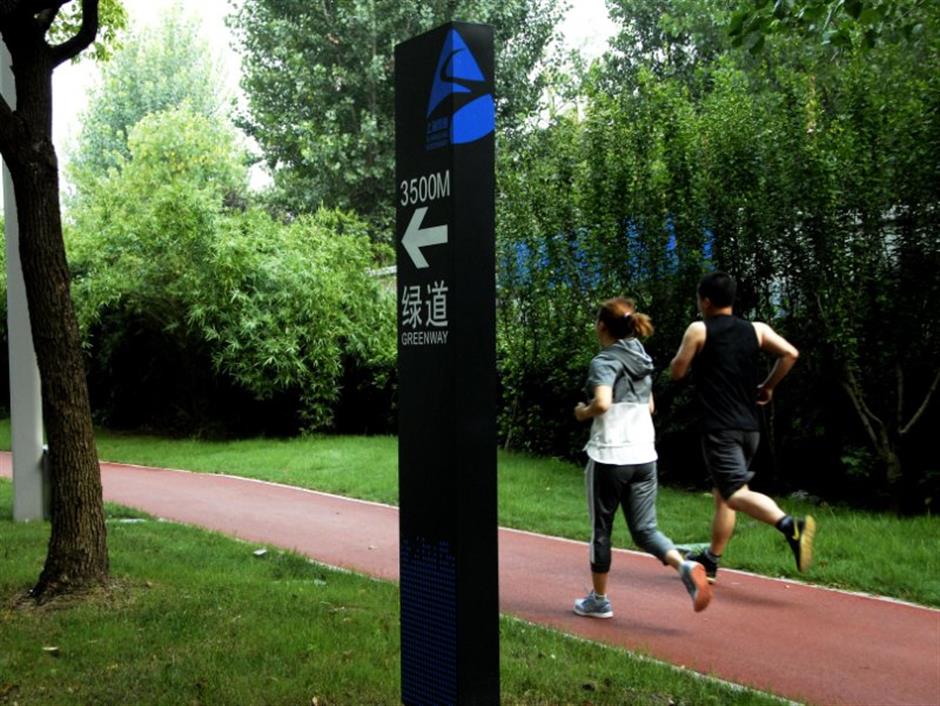 Residents jog on the running path around Century Park 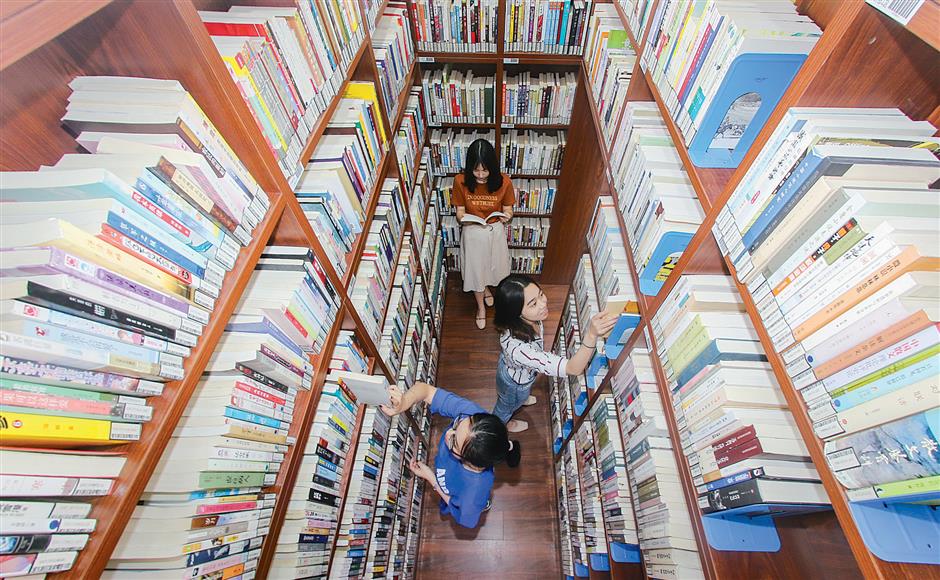 White-collar workers surf the books on the bookshelves of Lujiazui Library.

Pudong will build itself a readable, walkable and comfortable district.

• A leap forward in urban and rural integration

Pudong will accelerate the process in building greenbelts and parks. It will make every effort to protect the environment of local wetlands. 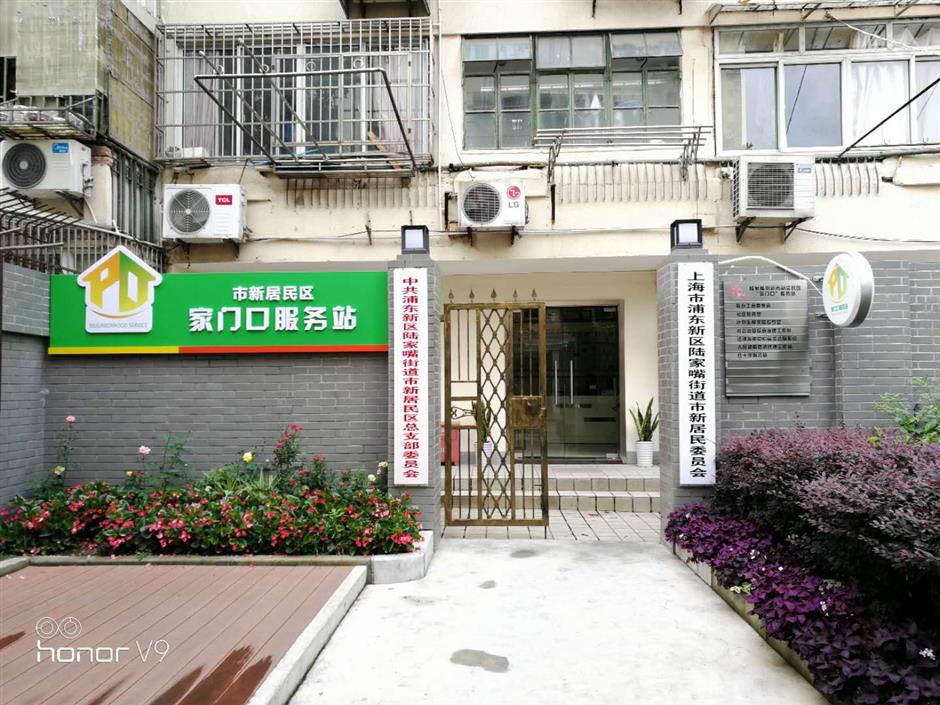 A “doorstep” service station in the Shixin neighborhood of Lujiazui

A bed in Puxi is preferable to a room in Pudong” was a popular saying in Shanghai about 30 years ago. It epitomized the sharp contrast of the regions on the east and west sides of the Huangpu River.

But there have been great changes in Pudong over the past 28 years, from the farmland, where nobody wanted to live, to the most sought after strip dotted with skyscrapers.

Pudong always puts what people want as a priority.

One major effort is to build “doorstep” service stations in neighborhoods where people can deal with several administrative affairs and take part in a variety of activities.

Shixin neighborhood in Lujiazui Subdistrict, is happy to have the comprehensive service station on her doorstep.

“Previously, it took me about half an hour to go to the social insurance service center to deal with affairs about many medical insurance. But now, it just takes me several minutes,” she said.

“The service station helps me to deal with so my affairs. In cases when some affair items are not included, social workers will help me start a video chat with officials in charge of the affairs. So, I don’t need to pay visits to relevant departments.”

The neighborhood has nearly 4,000 residents and 37 percent of them are aged over 60.

For bed-ridden elders and those living alone, nurses from the service station visit on a regular basis and do physical checkups, such as blood pressure tests.

The service station has also installed an electronic bell in the homes of elders living alone.

If they encounter any emergency they can ring the bell to alert volunteers.

She  used to be a cook and, after retirement, she became obsessed with flower arrangement.

“I found a new hobby after I retired. I went to the service station to take a flower arrangement class. I had a lot of fun and I made friends,” Li said.

The service stations in Heqing Town sent out “smart bracelets” to 610 elders with dementia.

The “smart bracelet” can track their movements and upload data to the township government, so officials can find where these elders are if they get lost.

So far, Pudong has set up 1,285 “doorstep” service stations.

Another  major effort to create high quality life for local people is to create 15-minute cultural circle that allows people to get to any cultural venue within a 15-minute walk.

Over years, Pudong has been upgrading grassroots cultural venues.

Last year, Lujiazui Library reopened as a financial-themed reading venue, with nearly one-fifth of the total 50,000 books being foreign editions.

Sandwiched between the high rises in the city’s bustling Lujiazui financial hub, it is designed to cater to the white-collar workers in the area, many of whom have overseas financial background.

Along the 22-kilometer stretch of the east bank of the Huangpu River, Pudong has built some “cultural living rooms.”

The  aim is to create a visitor friendly riverside rich in cultural ambience.

Every kilometer, there stands a wangjiangyi, literally “a posthouse facing the river.”

Built in the style of a cottage, with a glass façade, they are more than just a place for people to take a seat and have a rest. They also act as “cultural living rooms” for locals and “scenic spots” for tourists.

Some grand cultural venues such as the Pudong Art Museum, Shanghai Planetarium and east branch of the Shanghai Library will be completed in 2020.

Besides, Pudong has launched renovation campaigns in its old neighborhoods to improve the environment, upgrade people’s living conditions and bring neighbors closer. Pocket gardens were inserted in downtown neighborhoods and waterways in rural areas have been cleaned.