The 'four highs' strategy that is shaping new round of development 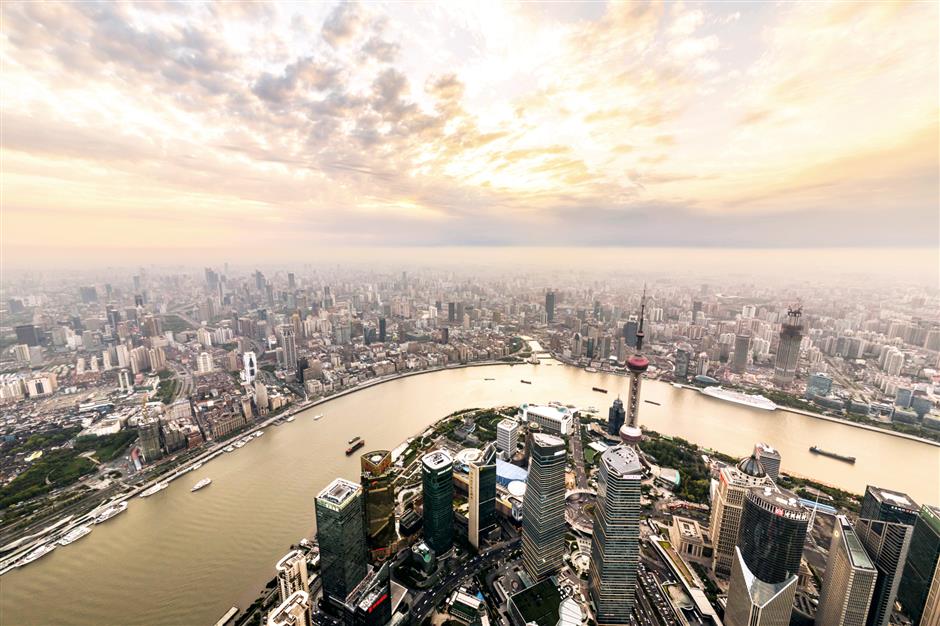 The district has been at the forefront of China’s new round of opening-up, which requires it to take the global environment, the domestic situation and the city’s development into consideration.

The global economic landscape is being reshaped with China playing a pivotal role. Shanghai is also accelerating efforts to become an international center for economy, finance, trade, shipping, besides becoming a hub for technology and innovation.

To echo the city’s development effort, Pudong has drafted a strategy to meet the needs of people and improve Pudong’s creativity and competitiveness.

Pudong has always been at the vanguard of the country’s reform and opening-up, challenging itself and making breakthroughs. In the latest round of reforms, it is working to reshape policies and blaze new trails.

China (Shanghai) Pilot Free Trade Zone will implement the “four high” strategy to further the reform and opening-up. The district also aims to strengthen communication with the central government.

In 2018, the first-ever China International Import Expo was held in Shanghai, and Pudong should be able to attract influential international retailers.

With the Lingang area situated at the intersection of two strategic development zones — the Yangtze River Delta and the Silk Road Economic Belt — it offers an opportunity for Pudong to take an active part in regional integration.

China’s economic development has also entered a new era with the focus shifting from high-speed growth to high-quality development, as per the report delivered at the 19th Communist Party of China National Congress.

To improve its competitiveness, Pudong will adhere to what President Xi Jinping said: “People’s yearning for a good and beautiful life is the goal for us to strive for.”

People living and working in Pudong should always feel a sense of gaining, happiness and safety. That requires the local government to create a high-quality life.

Emphasis will be laid on education, health, culture, job, elderly care, housing and poverty-relief. More high-end resources will be introduced to serve the local population.

The government will improve work efficiency and urban management by using advanced technology, and mobilizing everyone in the management. It must rely on cadres to carry out the “four highs” strategy, for which, the cadres will have to shoulder more responsibilities and serve the people whole-heartedly.

Pudong is actively integrating itself into the big development picture and fueling the city’s construction of “five centers,” namely international economic, financial, trade, shipping and technology and innovation centers.

By  2020, Pudong’s economy and the people’s living standard will be greatly improved, and an open, innovative and high-quality district will emerge. After 2020, the “four highs” strategy will be further deepened to build a global city.

China (Shanghai) Pilot Free Trade Zone will implement a higher level of trade and investment liberalization. The FTZ will speed up a law-based, international, and convenient business environment.

It aims to gather global resources and become an important hub for global capital, information, talent, goods and technologies. It will upgrade its level in serving the regional integration.

Pudong  is a major contributor to Shanghai’s overall GDP. It hopes to become a major player in the development of the city’s “four brands” — service, manufacturing, shopping and culture — by introducing international bands.

The district will promote advanced manufacturing and welcome other emerging industries, and incubate new ideas. It will create a more efficient management system so that people can work and live in a safer place.

The local government will change cumbersome policies and cut red tape to ensure cadres are able to better care and serve people.

Local officials have their say

Yuan Tao (Party chief of Zhangjiang Group): Zhangjiang Group will build a platform and integrate resources to gather innovative resources from home and abroad as much as possible. It will blaze new trail in policy making and become the birthplace of new things.

Sun  Qingxiang (Party chief of Pudong’s technology and economy commission): The commission will work out the future development plans in accordance with the “four highs” strategy and clearly specify the tasks for different departments.

Yang Ye (director of Jinqiao management committee): Jinqiao is the production arm of China (Shanghai) Pilot Free Trade Zone. It will take every effort to implement the high standard of reform and opening-up. The construction of a comprehensive information platform is almost complete. It is also developing the next-generation intelligent manufacturing.

Ni Ming (director of the working committee of the Jinyang Xincun Subdistrict): Grassroots officials should improve people’s sense of safety and satisfaction. We should solve the problem of lack of facilities for elders and introduce social powers.