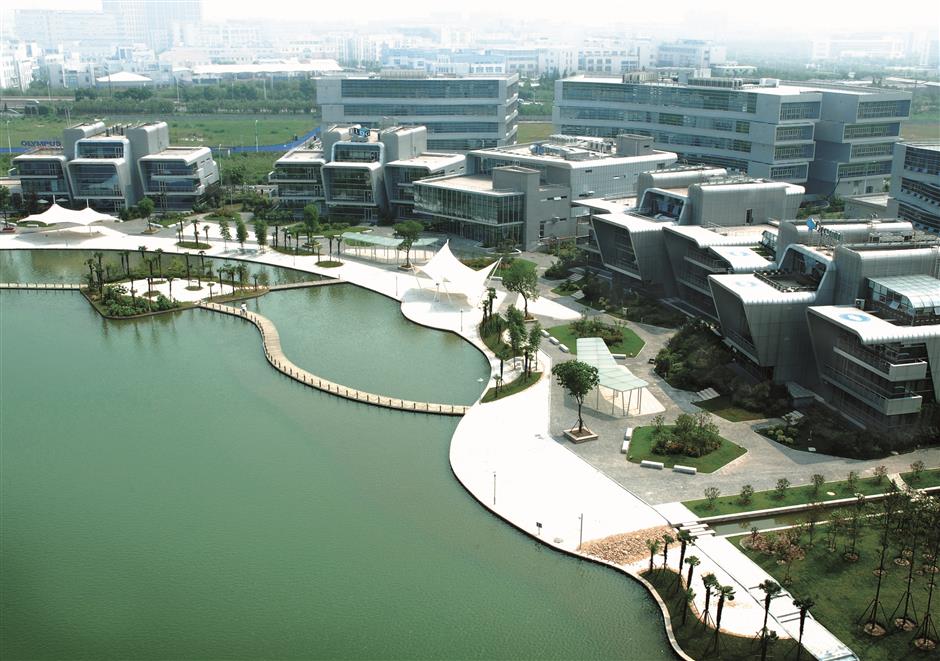 Keynotes of high-standard reform and opening-up

The city’s free trade zone should better integrate the economy with the world’s top practices and make its voice heard by the world, becoming the policy-maker.

Pudong should keep an eye on the world’s top standards and create a world-class business environment.

Pudong should explore new approaches of international cooperation. It should step up efforts to become the first in the country to achieve further opening-up in service industries, including finance, telecom , Internet, culture, education, maintenance, transportation and advanced manufacturing in car, ship and aircraft. It should promote the development of information technology, data processing and biomedical research and development. It should focus on introducing talent and technology rather than just investment. The Waigaoqiao bonded area is to be built as a global high-end products consuming center. The free trade zone will have an international cooperation center serving “Belt and Road” countries.

The traffic network, from expressway, railway, cruise to airline service, in the Yangtze River Delta should be improved. Pudong’s advantages in innovation, biomedical, integrated circuit and others should be carried forward, and it is expected to lead the rest in the region to develop together.

After five years of operation and development, the industrial layout of the free trade zone is clear — the Yangshan bonded area focuses on international trade and shipment, the comprehensive bonded area of Pudong International Airport emphasizes air transport, the Lujiazui area engages in finance and trade while Zhangjiang develops science and technology industries.

The construction of Shanghai’s Pilot Free Trade Zone was a strategic measure and a milestone in the process of reform and opening-up.

Constant improvement in the development of the Shanghai Free Trade Zone and the formation of more replicable achievements of institutional innovation are urged to build the zone into a highland of reform and opening-up.

Over the past five years, the city’s free trade zone has pioneered new approaches by initiating the first negative list throughout the country, promoting the reform of foreign capital management, taking the lead in the test run of separating business licenses and other certificates, establishing a “single window” for foreign trade to make customs clearance more efficient, launching free trade accounts, promoting further macro-prudential management of finance and the market-oriented reform of foreign currency deposit interest rates.

At the front line of opening-up, the “Special Administrative Measures (Negative List) for Foreign Investment Access to Pilot Free Trade Zones (2018 Version)” sets out industries where foreign investment is limited or prohibited in the free trade zones, with the number of items down to 45 from 190 in 2013.

Over the period, more than US$100 billion has been attributed to institutional innovation in the zone.

By the end of June 2018, more than 55,000 enterprises had registered in the zone, a fifth of them foreign-funded. And the foreign funded companies had ploughed over US$110 billion of investment into the zone.

“Our reform and opening-up should finally be reflected in competitiveness, and the Shanghai Free Trade Zone should play a greater role in coping with the new situation of the global economy,” Zhu added.