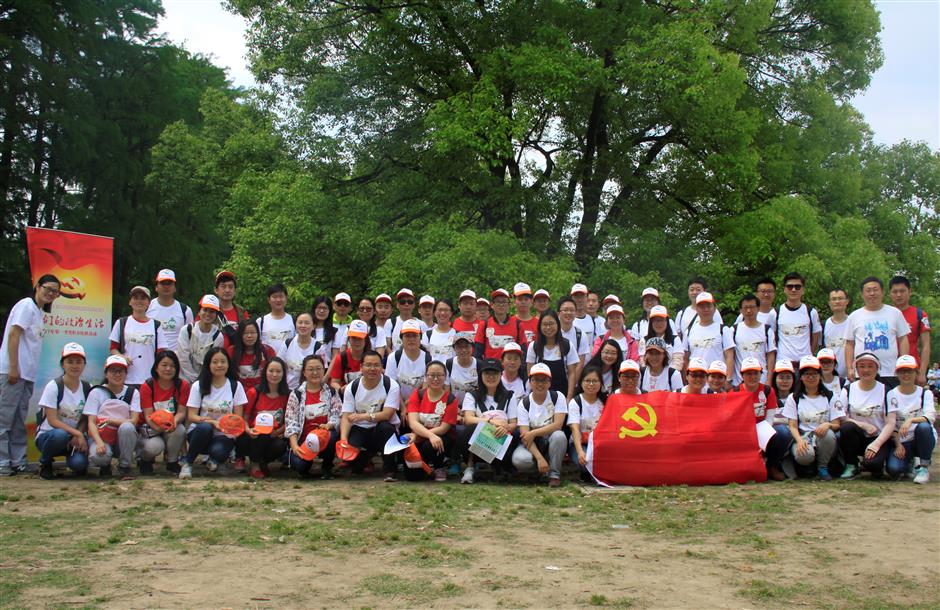 Party members join an orienting game, one of the various Party building activities held across Pudong.

Government officials should make more time to go to grassroots units and get close to people. They should know what people need and help to solve their problems. They should also serve businesses well in an effort to create good business ambience and attract more to set offices in Pudong 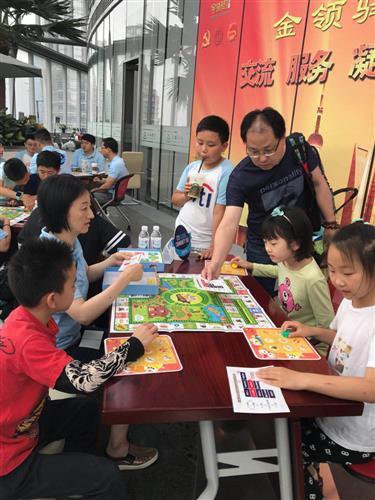 In early 2017, Pudong released a spate of policies, one included that officials didn’t need to take responsibility if they made mistakes when promoting new measures. This was to encourage officials to carry forward reform. Furthermore, those found guilty of a dereliction of duties would be severely punished.

Pudong believes implementing the concept of “letting the majority choose people, choose people among the majority” can best serve all citizens.  Officials who are good at taking action and willing to bear responsibilities while finding and solving the problems will be promoted and offered more opportunities. Those who are bound to be satisfied with the status quo and do not strive for the better will be obsoleted.

In 2018, Pudong achieved remarkable results in grassroots Party building, especially in the financial hub of Lujiazui, home to a cluster of international companies.

In the 1.78 square kilometers of Lujiazui Financial City, dubbed the local version of “Wall Street,” there are more than 40,000 enterprises and 500,000 employees in more than 250 office buildings.

How to carry out Party building in international companies? The Comprehensive Party Committee of Lujiazui Financial City has a solution, described as the “3.0 version of Pudong’s Party building,” which provides a variety of services to companies and white-collar workers as to make them feel happy.

Pudong has pioneered in the city since the late 1990s.

So far, the area is home to 40 Party building sites, covering a total of 284 Party organizations and more than 9,000 Party members.

One on the 22nd floor of the Shanghai Tower has done a great job.

It has integrated resources of government departments, social groups and companies, and shared with every one involved.

It created an open, intensive and shared platform through free use of public venues and others. It also provided services related to policy consultation, education and training.

There are facilities for people to borrow and read books, do physical excise, receive medical consultancy and others in an effort to create a standard, unified, full-featured functionable service spot.

So far, the site has held nearly 3,000 activities with various themes, which has become a “decompression zone” and a “gas station” for the white-collar workers in the financial center.

The major population group in Lujiazui is white-collar workers, so their needs are put in the priority.

The area has especially arranged six shuttle bus lines to pick up white-collar workers from nearby bus stations or a Metro train station so as to save time spent on commuting in the morning and evening rush hour.

To  offer a cheap, yet safe and delicious lunch, the area has set up “white-collar canteens” in office buildings. And in the summer and winter holidays there are children care centers built in cooperation with Pudong’s education bureau.

The Comprehensive Party Committee of Lujiazui Financial City has opened an official WeChat account to publish notices and event calendars. Annually, it published an average of 1,200 pieces of information. So far, it has more than 35,000 followers.

It also actively organizes a series of activities such as political study sessions, political lectures and Party members’ oaths. They have established a reward mechanism to cultivate and train Party members.

A small step in the construction of the branch is a big step forward in the promotion of the concept, value and method of Party building. Party building must be more responsible and more active so as to guarantee and support the implementation of the “four high” strategy in Pudong, according to the Comprehensive Party Committee of Lujiazui Financial City.