The long city commute from 'dragon caravan' to maglev 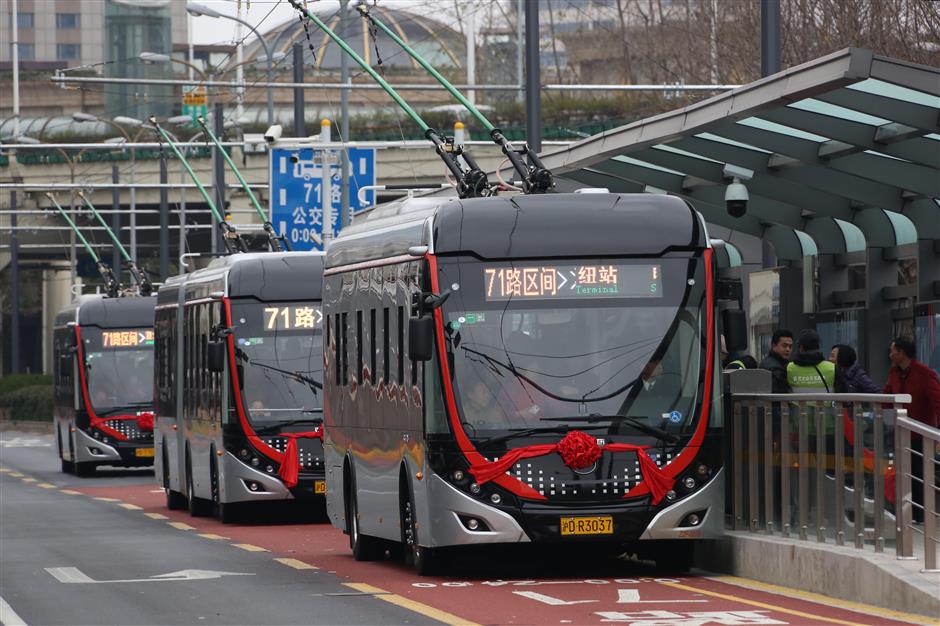 Medium-capacity bus route 71 will have its second birthday on February 2. The BRT route runs under the Yan’an Elevated Road from the Bund to Shenkun Road near Hongqiao International Airport. It carries more than 50,000 people every day.

Looking down on the elevated road from the Shanghai Daily office, at dusk the car lights form an endless stream. For a city of more than 24 million people, efficient public transportation is crucial to making sure the city runs smoothly. With the world’s largest Metro system and bus routes zigzagging to almost every corner of the city, navigating Shanghai has never been easier.

But turn back the clock 40 years, and it was a totally different scene. In the 1980s, stagnant traffic, overstuffed housing and a collapsing environment were the three major problems perplexing Shanghai people.

Of the three, public transportation was perhaps the most troubling, something people struggled with on a daily basis.

Zhao Qi can still recall the sweaty stench of the bus he first started to drive in the summer of 1985. He drove the Longhua-Wujing line from Xuhui to Minhang District which later became bus route 178.

Zhao’s first bus was a “dragon caravan,” a three-axle extra-long model with few seats and plenty of standing room, popular during the 1980s and 1990s.

“Apart from the two doors to allow passengers to get on and off the bus, there was another door beside the driver’s seat,” Zhao said. It allowed the bus driver to get off, go to the other side of the bus and attempt to cram passengers onto the already jam-packed bus.

“I sometimes had to kick the last passenger’s butt before I could close the door,” Zhao chuckled. 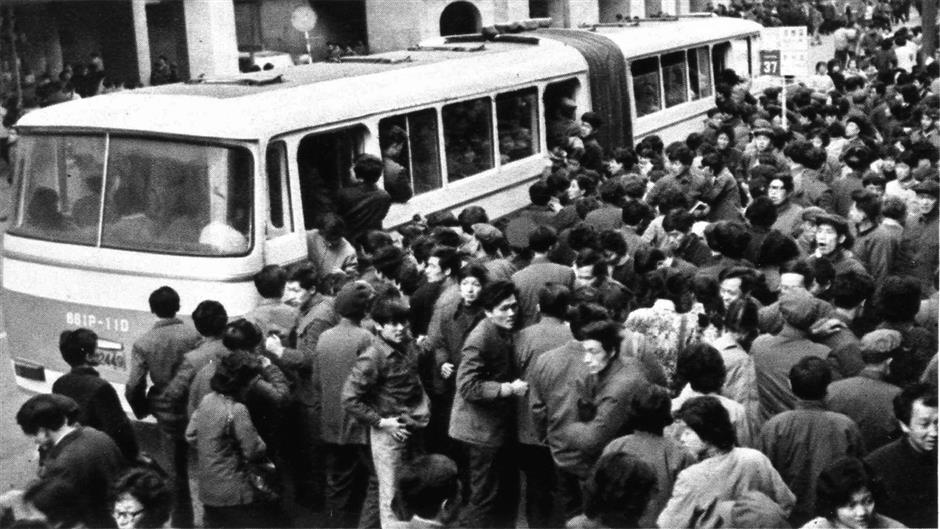 Back in the old days, it was difficult for passengers to get onto the “dragon caravan.”

There also used to be a ticket seller on each bus, who had to find a way to snake their way through the mass of human sardines to collect fares. There was no public transport card, not to mention more intelligent methods of payment.

The engine of the dragon caravan sat just to the right of the driver which made it incredibly hot for Zhao in the summer. Without air-conditioning or power steering, Zhao’s shirt was always totally drenched in sweat. When it was too hot, the dragon buses overheated and broke down; when it was wet, splashing through a puddle was enough for the engine to cough and die.

“It was basically farmland and factories once you left Longhua,” said Zhao. “Drainage along the road was bad to nonexistent.” 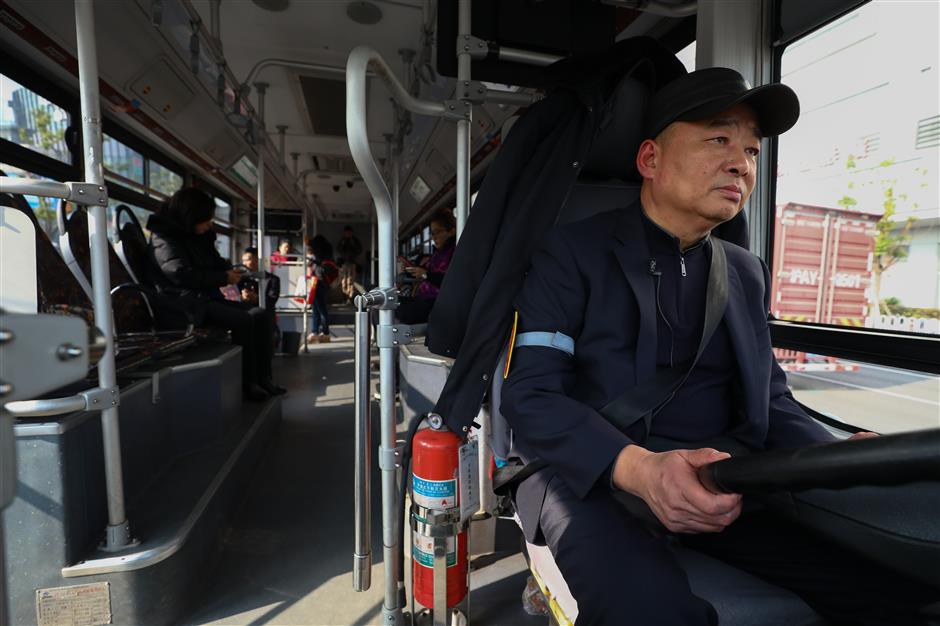 Zhao Qi driving a 162 bus. He has been working in the bus system for 37 years.

At that time, it was common to see more than a hundred of people pushing “the dragon” rather than riding it.

In the early 1990s, work began on the elevated road system, including the Yan’an Road Elevated Road, the Inner Ring and the North-South Elevated Road. By the time the elevated network was complete, tens of thousands of families who used to live in downtown warrens in Huangpu, Jing’an and Changning districts had moved to the suburbs, many of their old communities torn down to make way for the elevated roads. Together, the housing and traffic problems, while not exactly solved forever, had taken quantum leaps forward, and the quality of residents’ lives made a similar leap upward. 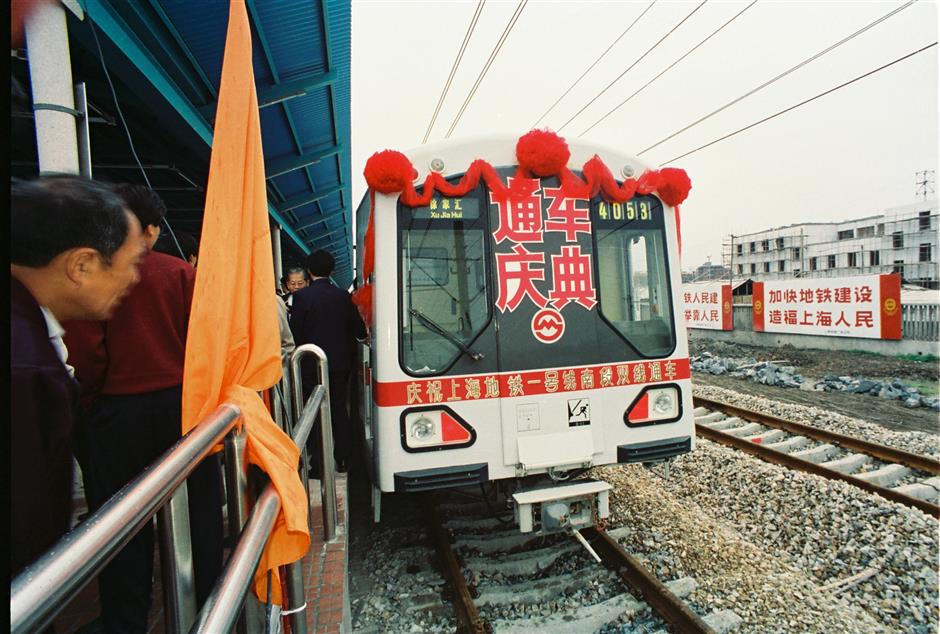 Shanghai's first Metro line was put into use in 1993.

While solving the traffic problem above the ground, things were happening underground. Passengers took the first Metro train in 1993. Since then, 16 Metro lines and one maglev line that together cover 703 kilometers has taken the pressure off the bus system.

Shen Shifang was one of Shanghai’s first Metro drivers. In 1990 he went to Beijing to learn to drive a train and soon became an ace in his team.

Legend has it that 10 years later Shen again went to Beijing, this time as a tourist. He was on the subway when the train somehow broke down. The train driver spotted Shen and asked him to help fix the problem.

Shen recalls how in the 18 months of operations, when only the 6.6-kilometer segment of Line 1 between Jinjiang Park and Xujiahui was open, the line was more a sightseeing vehicle than a vector of commuting.

“Curious passengers at that time would come to the driver’s cabin to have a look around and ask questions,” said Shen. “We were half driver, half tour guide.” 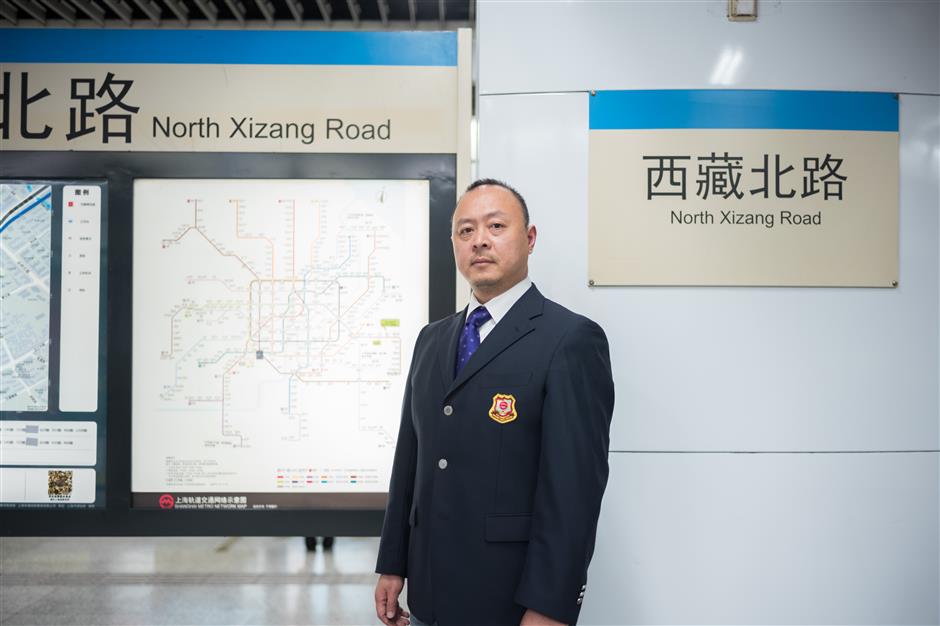 In 2003, when Shanghai was named host city for the World Expo 2010, plans were made to extend the Metro to 400 kilometers.

Zhao’s “dragon” is now electric and air-conditioned. There is a Metro station near most bus stops on his route. Most people use public transport cards and since October, passengers have been able to just swipe their smartphone. The Metro payment app can be used by passengers to buy tickets in Hangzhou and Ningbo in neighboring Zhejiang Province. More Yangtze River Delta cities will join the system soon. 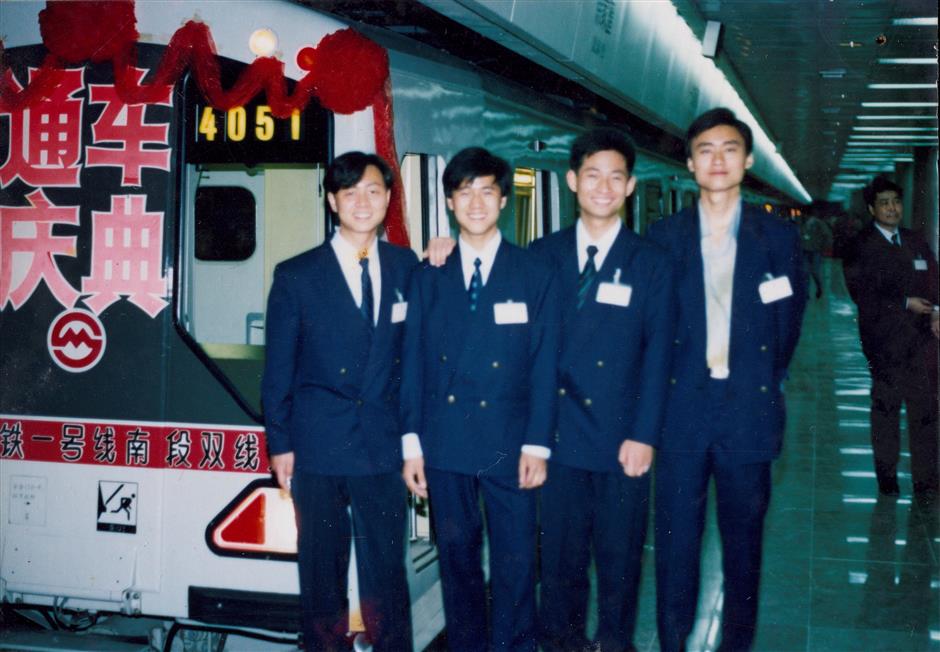 Shen Shifang (the left first of the four) and other drivers at the ceremony of the operation of Line 1 in 1993.