District spells out ambitious plans for 2019 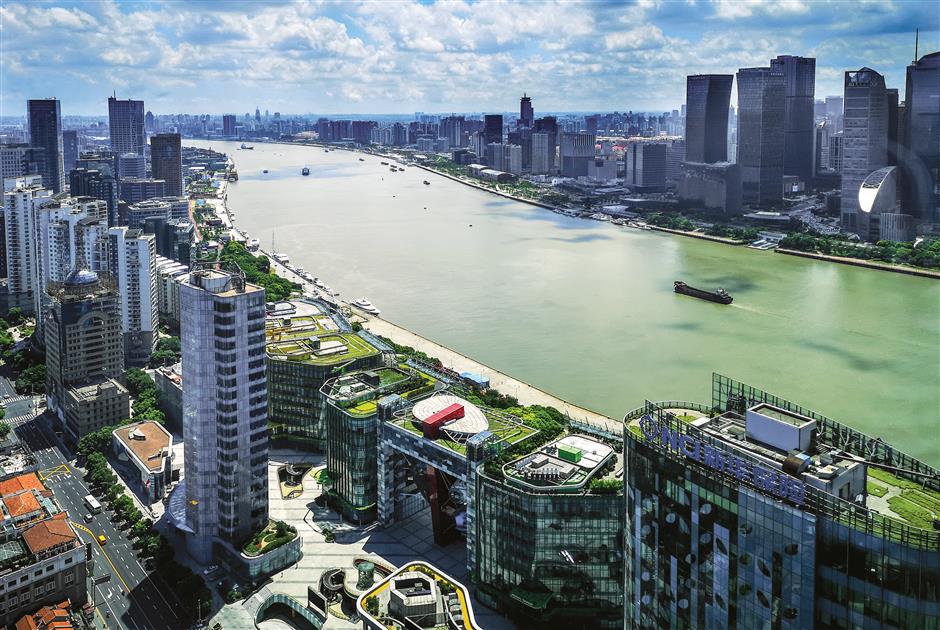 The riverside of Hongkou District along the Huangpu River

The district government has set a number of goals this year as it aims to contribute to Shanghai’s efforts to create a “new development legend.” This year also marks the 70th anniversary of the People’s Republic of China.

The district government aims to hike its public budget revenues by 5 percent and another 5 percent increase in merchandize sales. To further improve people’s living condition, the district plans to take over another 6,000 households of old residential buildings.

The government will spend at least 3 percent of its public budget revenue to improve the environment. The concentration of PM2.5 fine particles will keep dropping, Zhao said.It also aims to accelerate its high-quality development. The district will construct a modern economic system based on the North Bund asset management highland. More quality financial institutes will be lured to the riverside region. Its status as the base for shipping service headquarters will be consolidated to attract shipping insurance and maritime law companies.

Zhao has promised better services to companies based in Hongkou in terms of attractive investment offers, technology and professionals. The fourth economic census will be carried out this year to better understand the operations and difficulties of the companies. More top quality professionals will be lured to work or live in Hongkou with talent apartments and other preferential policies.

A batch of key projects is being built in the North Bund, central and north functional zones. Roads, traffic, business and environment will be improved in the North Bund area as part of a city-wide campaign to create a continuous riverside public space along the Huangpu River and Suzhou Creek.

Construction of the Sino-America Trust and Finance Building will be completed to make it a bridgehead of the nation’s Belt and Road Initiative.

Hongkou will carry out reforms and innovations to create a higher level of open economy. Additional preferential policies will be released to optimize the business environment. The administrative approval procedures will be streamlined based on a new credit supervision mechanism. Greater support will be offered to private enterprises based in Hongkou.

The district plans to build an additional 122,000 square meters of innovative parks for startup firms, along with investment foundations and other assistance for tech firms, which might be listed on the planned “technology innovation board” announced by China’s President Xi Jinping in November. It will focus on the digital economy, artificial intelligence and other leading high-tech fields to drive the quality development of Hongkou.

Hongkou also pledged to be actively involved in the national strategy of integrated regional development of the Yangtze Delta Region, Zhao said. It will spare no effort to support the second China International Import Expo and enhance business and trade cooperation with Hong Kong, Macau and Taiwan.

As the birthplace of Shanghai’s Haipai cultures, Hongkou will keep developing its abundant cultural resources to promote “Shanghai brands” in service, manufacturing, shopping and cultural sectors.

For its residents, Hongkou plans to renovate at least 600,000 square meters of old residential houses by the end of 2019. Preservation projects of heritage buildings will be carried out in the Chunyangli and Ruikangli neighborhoods as well as at Machang Road, the former Market Road in Hongkou, that is more than 100 years old.

Work will be carried out to curb air, river and soil pollutions while urban infrastructure will be improved. Several main traffic roads, including Tiantong, Quyang and Gongping roads will be expanded to relieve congestions.

More community service spots will be built as part of the efforts to enhance social governance and urban management standards. The 35 citizen service spots across the district will be upgraded. Supervision procedure to ensure food safety will be enhanced.

The government has also promised to offer greater support to the unemployed and the elderly. More community-level incubators will be created to encourage more entrepreneurs. Eleven senior’s homes will be built with 100 more beds and 60 beds separately for those suffering from dementia. Twenty-four specialized canteens will be built to look after the growing elderly population.

The district government also pledged to improve the education quality from kindergartens to high schools along with better and more convenient medical services. Traditional Chinese medicine will be used to enhance disease control and prevention.

Hongkou aims to further promote its cultural resources. The memorial site of the League of Left-Wing Writers, an influential revolutionary literary organization which was based in Hongkou, will be expanded along with the Shanghai Jewish Refugees Museum and Shanghai Literature Museum that is coming up on Sichuan Road N.