Priority is on quality development and life 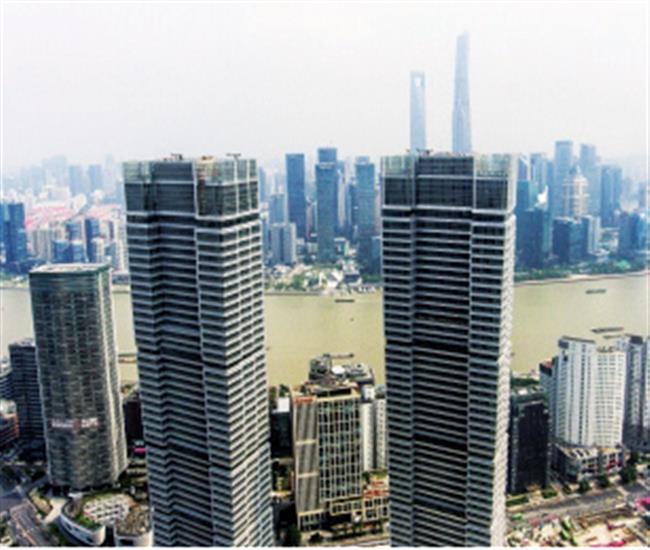 Construction started on Starbay international center this year, expected to be the tallest twin tower in Puxi on its completion.

No less a dignitary than President Xi Jinping encouraged officials and citizens in the district in November during a visit to a model elderly day care center in the district’s Jiaxing Road subdistrict.

Aspirational Hongkou now aims to promote high-quality development and life. Zhao Yongfeng, the director of Hongkou, reviewed the district’s achievements in 2018 in his annual work report to the district’s legislators and political advisors on January 14.

“Hongkou has achieved a healthy regional economic and social development and completed the objectives and tasks set for 2018,” Zhao said.

Hongkou has taken new steps for its transformative development to drive the regional economy to a higher quality in a more efficient way, Zhao said. Its public budget revenue has reached 11.7 billion yuan (US$1.72 billion), a 6 percent increase on year. The total investment in fixed assets and gross merchandise sales have also increased by about 5 percent last year.

Its industrial structure has been optimized to consolidate the supportive function of the service industry. The district-level revenue from modern service industry reached 5 billion yuan, a 13.2 percent increase on year.

A group of shipping companies and organizations were attracted to Hongkou last year, such as the Shanghai North Bund Shipping Service Center, China Shipowners Mutual Assurance Association and the British Ince Gordon Dadds law firm. Over 1,500 financial companies and institutes, managing a total of 5 trillion yuan, have settled in the district.

Not far away, the 73,000-square-meter SIPG Cruise City in the North Bund was listed as the district’s first 4A national attraction.

Thanks to a batch of government guidelines along with the innovative “office building chief” scheme, key enterprises such as the railway investment leg of private conglomerate Fosun and BMW’s research and development center moved to the district in 2018. There are over 41,400 individual enterprises in the district. Thirty office buildings and seven parks have generated over 100 million yuan in taxes each.

The district’s three functional zones in the North Bund, center and north are being developed smoothly. A new Beiwaitan, or North Bund, subdistrict has been set up to focus on the development of the city’s core downtown Huangpu River waterfront region.

As a key project in the north region, the Shanghai Jewish Refugees Museum will be expanded. About 23,000 Jewish refugees arrived in the city between 1933 and 1941 to escape the Nazis during World War II. Most of them lived in Hongkou.

The district has simplified the applications and approvals on the business license and certificate to boost its business environment. A “one-stop” website has been created to accelerate the administrative approval. Talent apartments and dining sites for white collars have been created across Hongkou. 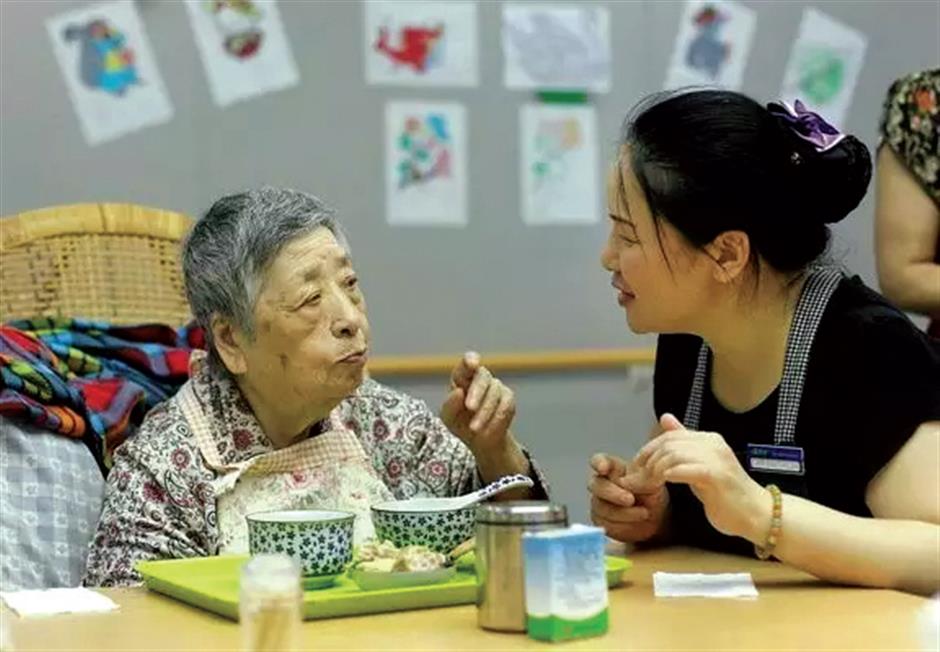 Hongkou spares no efforts to improve the care for the senior to cope with the aging population. This year, 11 senior’s homes will be built with 100 more beds and 60 beds separately for those suffering from dementia. Twenty four specialized canteens will be built to look after the growing elderly population.

Innovative elements and foreign investments remained the district’s focus. Over 60 companies and research platforms have been based in the green technology industrial park of Tongji University. An international innovative harbor has become the main incubator for Sino-Israel cooperative project. The district has gathered 245 high-tech firms including 105 leading “Little Giant” companies.

Foreign investments have contributed 35.7 percent of the district-level tax revenue in 2018, a 4.1 percentage point increase on year. Politicians from seven nations, including Russia, South Korea and Israel, visited Hongkou during the first China International Import Expo in November.

Urban constructions are also in full swing, including renovations of old residential communities and urban renewal projects, to improve the living conditions while expanding the development space.

The government has taken over some 5,000 households of derelict residential houses last year, covering 140,000 square meters. The second phase of the city’s trial renovation project on Chunyangli has started. Shikumen buildings are preserved for their historic appearance. Many renovations have been carried out to include private bathroom and kitchen for those who were still using shared facilities in the old neighborhoods.

Construction has started on over a million square meters of key projects. They include the Starbay International Center, which will be the tallest twin tower in Puxi on its completion, the Shanghai International Shipping and Finance Service Center and a brand-new senior’s home at the Rainbow Bay community. Another 1.14 million square meters of structures were completed last year.

Furthermore, the traffic has been greatly improved with new infrastructure constructions. The Hailun and Hailar roads have been expanded, while the Zhuzhou Road, a former dead-end road in Hongkou, has been extended and connected to neighboring Jing’an District to help relieve traffic congestion.

The district has also been burying overhead cables underground on 19 roads covering 9 kilometers. The region around the Astor House Hotel has become the city’s first demonstration street for the project.

The district has also been exploring new urban management methods, thanks to the opportunity provided by the first China International Import Expo in November. The average concentration of PM2.5 particles in the district dropped to 36 micrograms per cubic meter, better than the same period in 2017. The rate of good and perfect air quality rose 10.3 percentage points on year to 83.3 percent.

A total of 15,300 square meters of greenery have been planted in Hongkou. A new lighting system has been illuminating the North Bund, creating a new popular sightseeing spot in the district.

Garbage sorting has been effectively promoted to cover all the 245,800 residents in 682 neighborhoods in Hongkou.

To improve the urban management efficiency, Hongkou has launched a smart management method based on community law enforcement teams, an intelligent City Brain system as well as a streamlined process. With Internet of Things, cloud computing and Big Data technologies, the district has demolished some 286,700 square meters of illegal structures, along with 766 illegal businesses and 130 sewage discharging.

Innovative ways have helped in community management. Eleven elevators, for instance, have been fitted into old residential buildings. Thirty-five citizen service stops have been built across Hongkou, most of them with day care centers for seniors. The district aims to eventually have such centers within a 15-minute walk from each resident.

The center in the Jiaxing subdistrict, which was visited by Xi, is adjacent to a community family clinic, and is staffed by three general practitioners and a traditional Chinese medicine doctor.

The district government has spent over 7 billion yuan to guarantee or improve people’s livelihood throughout last year, Zhao said. The social security, education, medical as well as cultural and sports facilities have been largely improved.

The district has been developing online museums of historical structures and former residences of celebrities with new technologies and new media. QR codes have been added to many popular historical buildings so that tourists can learn the history of the structure by simply scanning with their smartphones.

Zhao noted there are also challenges and problems to Hongkou’s future development such as an unstable economic foundation, the sharp comparison between high-rises and old residential buildings, as well as the more delicate issue of urban management and sufficient public services.