Memorial to Soong reopens on anniversary 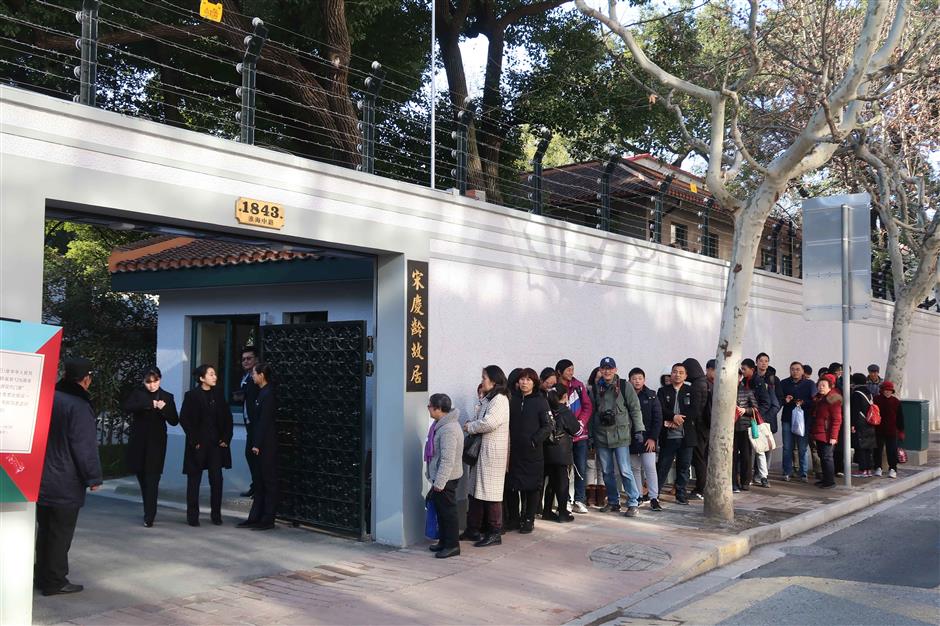 Visitors lined up to wait for the reopening of the memorial.

The Soong Ching Ling Memorial Residence in Shanghai had to stop admitting visitors yesterday, its first day open after a year of renovations and the 126th anniversary of Soong’s birth. Too many people had turned up.

There is a daily limit of 2,000 visitors which was hit at 3pm, an hour and a half ahead of the scheduled close. Staff handed out postcards and bookmarks to console disappointed visitors who showed up too late.

As a special celebration for the reopening, visitors paid 1 yuan (15 US cents) for a carnation and an entry ticket. The flowers were placed in front of a white-marble sculpture of Soong.

Many of the visitors were there for the first time. Wang Deli, 87, and her son, 60, left home in Baoshan District around 7am took one and a half hours to arrive. 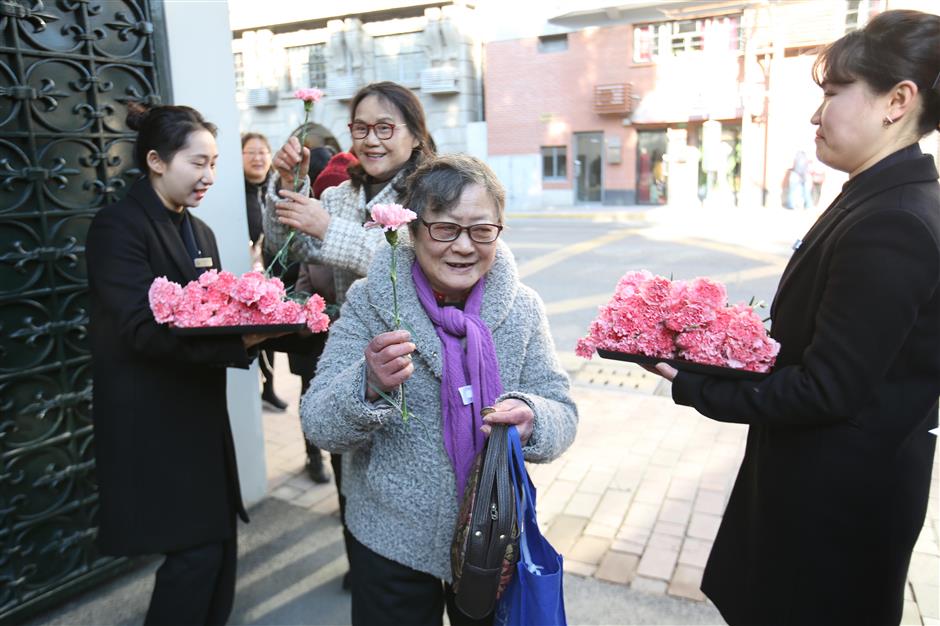 Visitors bought flowers to get into the memorial.

“Soong was a great woman who did a lot for Chinese women,” said Wang. “It’s my first time here and I’m excited to see her home.”

Xu Jieming, 26, went with her parents to celebrate her own birthday.

“It’s such a coincidence that my birthday is on the same date as Madame Soong’s and I’m 100 years younger than her,” she said. “I think this is a special way to celebrate my birthday by paying tribute to her and witnessing the reopening of her former residence.”

The residence was where Soong, honorary president of the People’s Republic of China and wife of Sun Yat-sen, founder of the Kuomintang, spent most of her life.

Soong was born and grew up in Shanghai. She married Sun in 1915 and assisted him in his revolutionary efforts. After he passed away in 1925, she continued to play an important role in China’s social and political development.

Soong moved into the residence in spring 1949 and lived there till she died in 1981.

In the house, she witnessed the liberation of Shanghai and accepted an invitation to attend the first plenary session of the Chinese People’s Political Consultative Conference. After the founding of the People’s Republic of China, Soong served in several prominent positions, including vice president.

In the 1950s and 1960s, she met not only senior Chinese leaders including Mao Zedong, Zhou Enlai and Liu Shaoqi, but also foreign heads of state, such as Sukarno, Indonesia’s first president, and Kim Il Sung, founding leader of the Democratic People’s Republic of Korea. In the dining room, there is a piece of embroidery presented by Kim during his visit on December 5, 1958, and a bronze sword presented by Sukarno.

The house was unveiled as a memorial to Soong in October 1981, about five months after her death, and opened to public in May 1988.

The residence receives more than 200,000 visitors each year. The main building, where Soong lived, was built in 1920 and overhauled in 1990 and 2006. This was its third major renovation. The air-conditioning system and security network have been upgraded and some hardware and other auxiliary facilities were repaired. 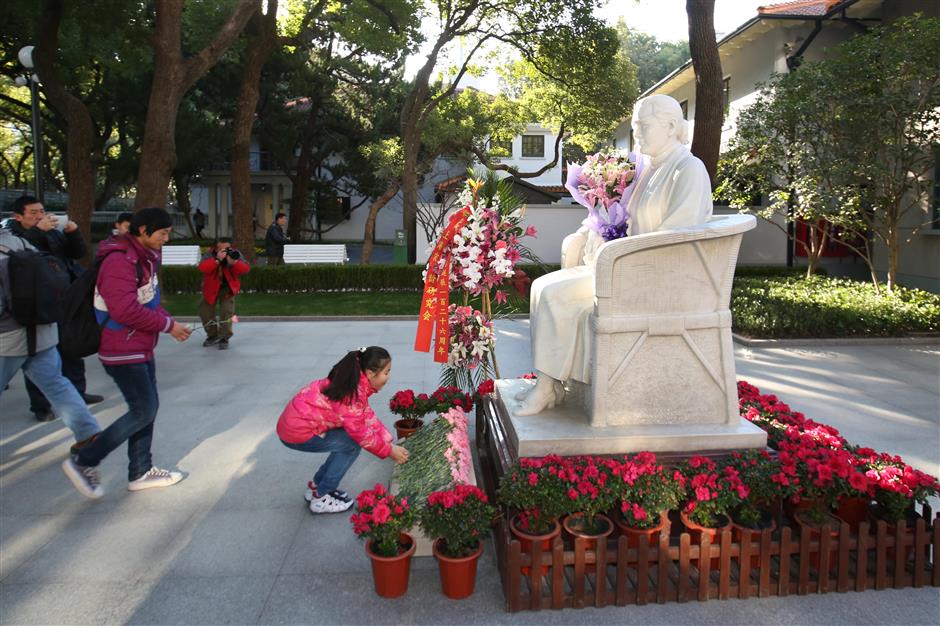 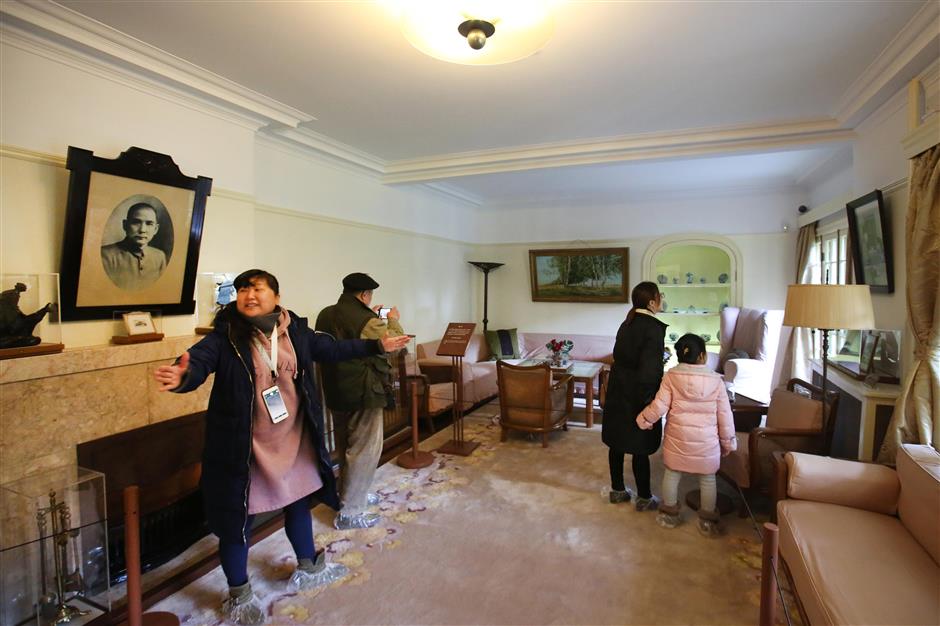 Visitors in the sitting room. 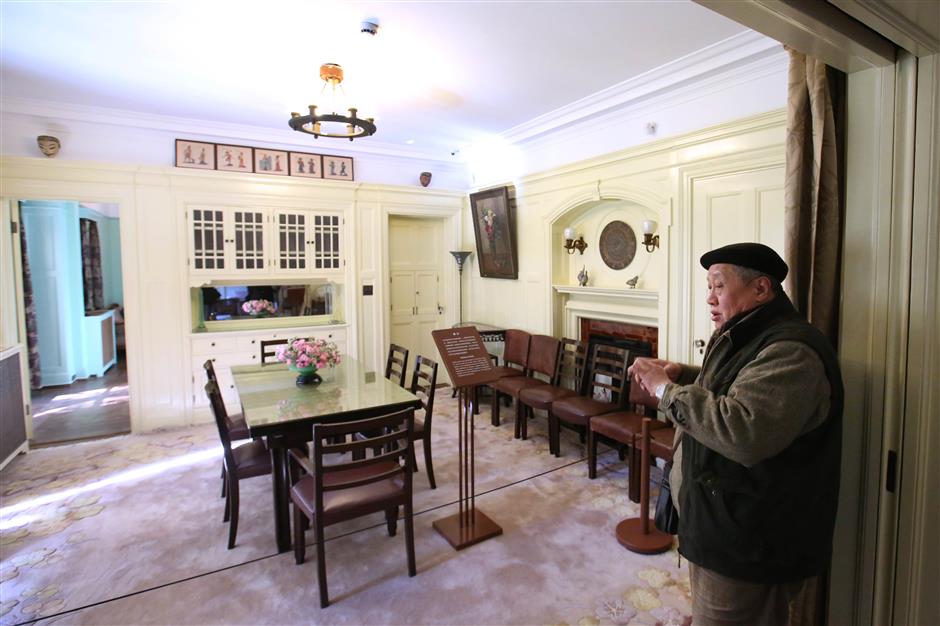 A visitor took a picture of the dining room.