No holiday for Zhoupu's police 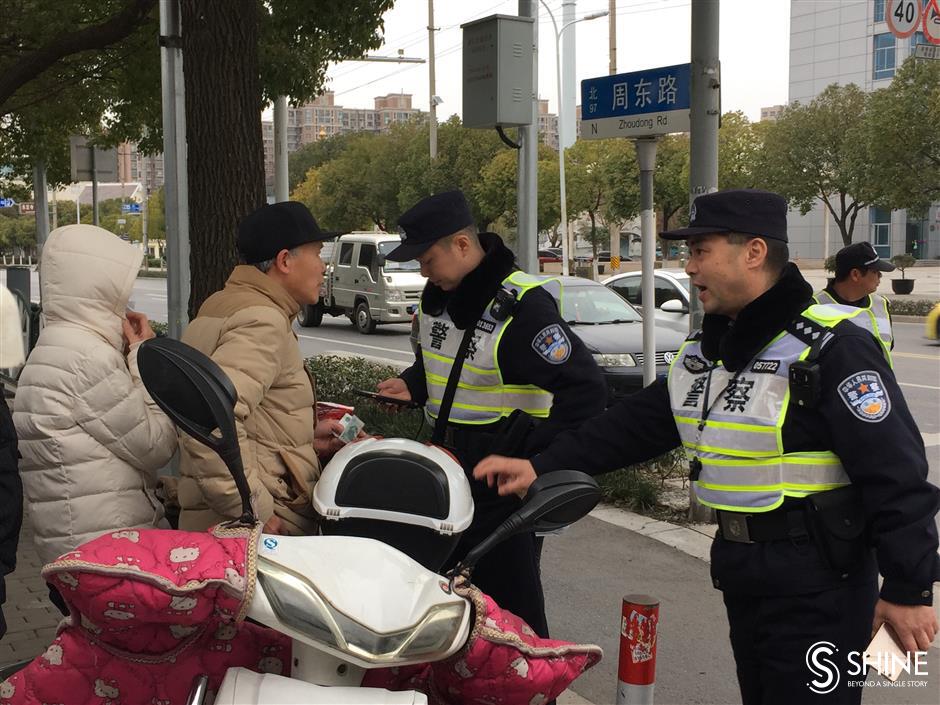 As night falls, a police car speeds out of the station in Zhoupu in the Pudong New Area after a 110 call – for help with a wasp’s nest in a residential neighborhood.

Another call shortly afterward is about a drunken middle-aged man who has slapped his wife during a row in a restaurant.

A third car is dispatched to deal with a minor accident in a mall’s garage — neither the driver nor the mall management could figure out the insurance procedures and looked to the police for help.

“The fancy nail-the-suspect scenario you see in movies is only 1 percent of our job,” said Yu Ping, the station’s deputy head.

Shanghai Daily was spending an afternoon and evening at the 85-strong police station as officers prepared for the Spring Festival holiday season.

Yu was speaking after he had conducted a routine inspection at one of the hotels in his jurisdiction. The inspections are to make sure the law is being complied with and there are no safety hazards.

“It is the tedious nitty-gritty you see today that is the real core to prevent most crimes from even happening, and to protect residents in the area,” Yu said.

This is especially so now, he adds, as the Spring Festival approaches. 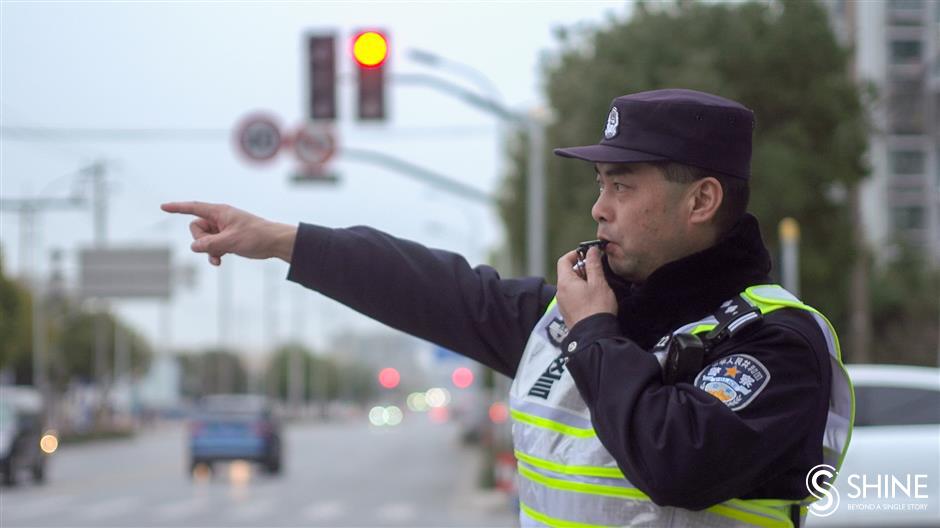 Police have been making sure residents and business owners are aware of potential problems caused by leaving their homes or businesses empty as they travel home. They’ve also been urging factory owners to pay their workers on time before they return to their hometowns and in some cases have even stepped in as negotiators. And they are making sure emergency plans are in place and there is sufficient manpower to cover the holiday period based on past experience.

For 19 of the past 20 years, Yu has eaten with his colleagues in the police canteen rather than at home on the eve of Chinese New Year, the traditional time for family reunions.

“Everyone knows it’s part of the job the day you start,” he says.

After dinner in the canteen, most of the police will be assigned to the two temples in the area for crowd control. It is a tradition for Chinese to make wishes in the temples on the eve of Chinese New Year, through to 7am the next day.

Many of the tasks designated by the 110 call center, like the ones mentioned earlier, are not like those depicted in action movies.

“But we need to take every one of them seriously to avoid escalation,” said one officer.

His colleague was questioning the drunk man who slapped his wife so he could assess the situation and avoid it escalating. The wife tells him she doesn’t want to file a case, while the daughter insists the police separate her parents.

The suburban area of Zhoupu is bordered by three districts, whose residents like to visit the Wanda Mall, the largest and most popular in the vicinity. The mall had nearly 140,000 visitors on December 31 in 2018, and easily exceeds 100,000 on a regular weekend.

“It is important for us to increase manpower at the mall during Spring Festival, when it might be a weekend situation every day,” Yu said.

“We are also paying special attention now, because it so happens that thieves might want a bonus before they go home for the holiday. A populated mall is where it happens easily. They are much less likely to act when police are around. It increases the workload for my colleagues, but better than people losing their mobiles, ID cards or bank cards which all make it difficult for them to travel during the holiday.”

Many of the visitors to the police station on the afternoon Shanghai Daily was there were applying for ID cards, some for the first time, others seeking to replace lost or stolen ones.

Like all the police stations in the city, new technology has been adopted or improved in recent years to help prevent and crack down on cases. Police in the station’s monitoring center, where screens of various sizes show real-time surveillance camera footage, say they can follow the movements of anyone behaving suspiciously.

For example, if e-bike thieves are about in the middle of the night, stealing bikes or batteries, an experienced officer can identify the suspects in the dark, anticipate the routes they will take and switch cameras to record the entire action while he informs colleagues so they can catch the thieves red-handed.

“We want everyone to have a safe and good New Year, whether they leave for their hometown, travel or stay here,” Yu said.