If a one-time fine of 20 yuan (US$2.90) won’t make a jaywalker think twice, a video of bloody accidents resulting from such actions might just do the trick.

From January this year, traffic police in Qingpu District started to show offenders a five-minute video they compiled with scenes from traffic accidents involving rule-breakers on zebra crossings that happened in the district.

Qingpu police are now experimenting with this new measure at two busy crossroads — Chengzhong Road E. at Qingsong Road and Qing’an Road at Gongyuan Road — and they’re planning to introduce it to more busy intersections in the district.

So far, about 200 pedestrians and e-bikers caught over various offenses at the two crossroads have been made to watch the video, Qingpu police told Shanghai Daily on Tuesday. 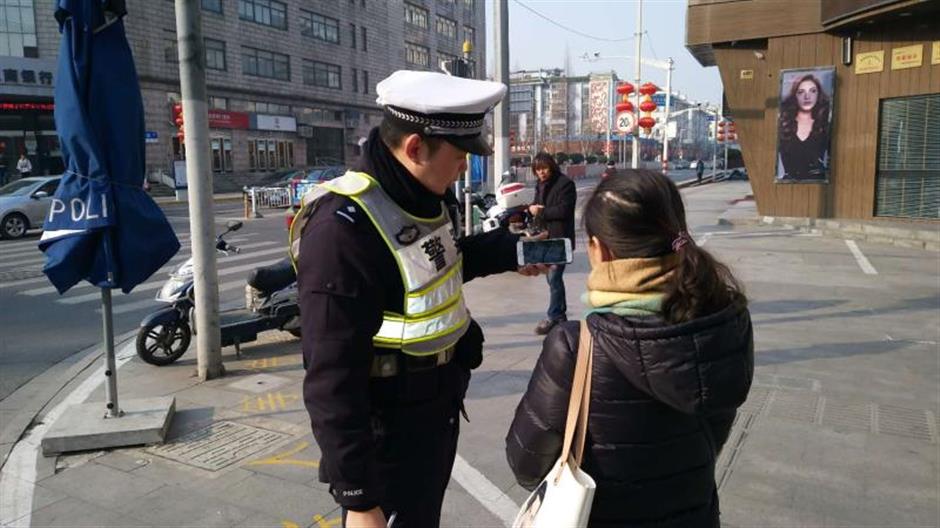 A traffic police officer shows the video to an offender. 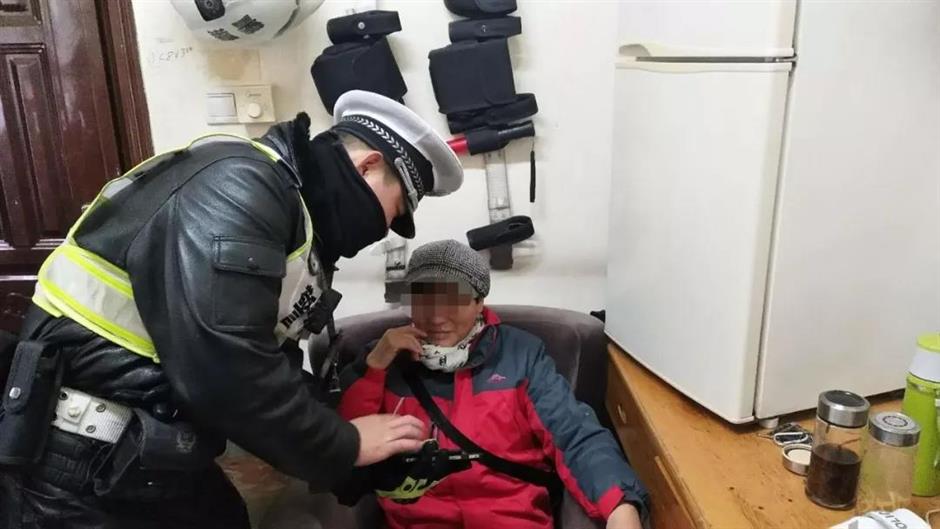 “The purpose of this measure is to introduce traffic law education to a targeted group of people at the very front line of our crackdown on traffic offenses,” said Li Wenyue, an official of Qingpu traffic police.

After watching the video, the offenders are also welcomed to leave a message on an "offense book" kept by the police.

“I feel very bad after watching the video, and I will never walk outside a zebra crossing on a street again,” one wrote.

“After watching the video, I would rather wait a minute for the green light than rush through a red light to save a second,” another wrote.

Some offenders said the video is “too scary."

“I promise that I will never jaywalk again, but please don’t show me this kind of video again,” one wrote.

In the Pudong New Area, to further crack down on traffic offenses from e-bike riders, offenders who are caught by traffic police along the busy Century Avenue are made to complete a quiz of 25 questions about traffic rules related to them. They only pass the test by scoring 90 percent or above, all of which is done on the spot.

Since mid-January, over 1,800 offenders have taken the test, Zhu Rongxue, an official of Pudong traffic police, told Shanghai Daily on Tuesday.

“The offenses take place when offenders rush for time, and the purpose of this measure is to make them see that an offense could cost them more time than it would if they observe the rules,” he said.