More families to be freed from ghettos as renovations continue 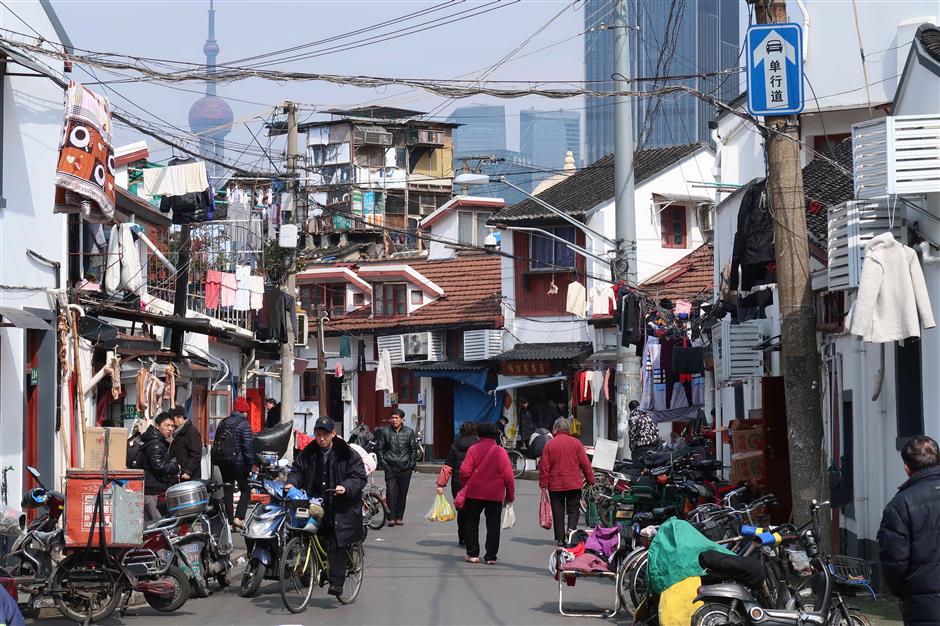 Pedestrians walk in the Qiaojia Road area on Sunday.

Yang Guozhen, who has been living in a ghetto in the Qiaojia Road area of Huangpu District for decades with his family of seven, will finally say goodbye to the days when they don’t even have a bathroom in their 20-square-meter room this year.

So will another 5,800 families living in the area as a renovation project will start this year. All residents living in warrens are expected to move out to new homes with better facilities. An advisory session was arranged by the district government and the city’s housing authority on Saturday to answer questions from the residents.

Qiaojia Road is a small street in the old city, once the center of Shanghai that covers 1.99 square kilometers. The road stretches out for less than one kilometer. It was where Xu Guangqi (1562-1633), the famous scholar-bureaucrat under the Ming Dynasty, was born. His former residence is still in existence.

Renowned painter Wang Yiting’s former residence is also located on Qiaojia Road. In 1922, Wang welcomed Einstein and his wife in the house.

Both of the historic homes remain and have become homes for local residents. But as time passed by, the condition of the historic buildings in the area worsened. The buildings that used to house only one family are now stuffed with five or six, sometimes even more.

An old woman rest in the Qiaojia Road area on Sunday.

“I have waited for so long,” said granny Wang who lived almost her entire life on Qiaojia Road. Wang said apart from the cramped living space, she and her husband have to use a spittoon since they don’t have a toilet.

“Every morning I get up and dump the spittoon,” said Wang. “It was so dark in the corridor.”

The district aims to reach an agreement with the 5,800 families living in the area to move out by the end of this year. Investment in the project is expected to reach 38 billion yuan (US$ 5.6 billion). Altogether, Huangpu plans to arrange for 8,000 families in the district to move out of the warrens they live in.

Shanghai Land Group, the contract company responsible for the renovation and further development of the area, said Qiaojia Road area has a large population density and many of the buildings in the area are also quite valuable.