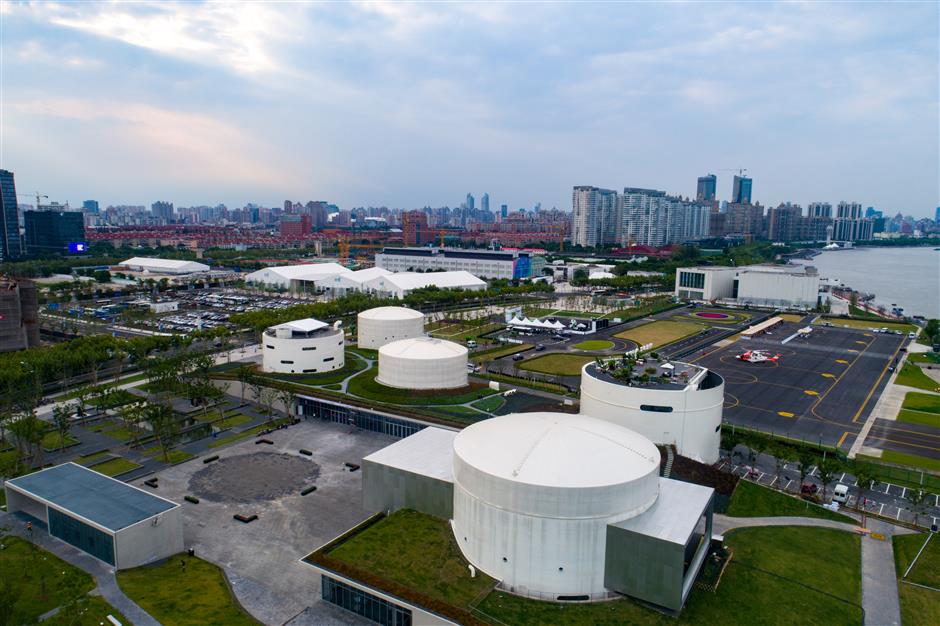 Tank Shanghai art park will open on March 23 in Xuhui District after redevelopment from a historical oil station site.

An art park in an old oil station site on the Huangpu River will open to the public in March.

Tank Shanghai is housed in five thick steel aviation fuel tanks on the Xuhui waterfront. It will open on March 23, with exhibition spaces, plazas, gardens, a bookstore, education center and restaurant.

The site was built in 1917 to supply fuel to nearby Longhua Airport. Five oil tanks, a fire pool and docks have been preserved as reminders of times past. The site covers 60,000 square meters, a sixth of which are indoors.

The first exhibition will run until August 24 inside Tank No. 5, the largest.

“Universe of Water Particles in the Tank” will recall the history of the tank. Waterfalls projected onto the walls inside the tank will be obstructed when visitors stand in front of them, according to teamLab, in charge of the exhibition.

Another exhibit, “Flowers and People,” shows the whole growth of flowers, from bud to withering, within an hour. Various flowers will represent different seasons. If visitors try to touch the flowers, they will wither faster.

The third show, “Black Waves,” will be an installation of continuous calligraphy-like waves. 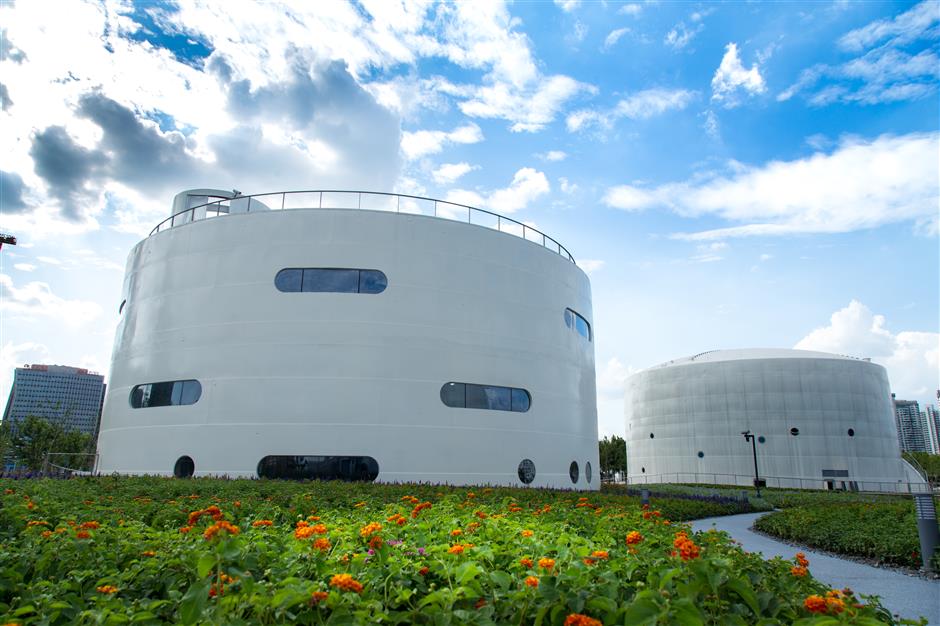 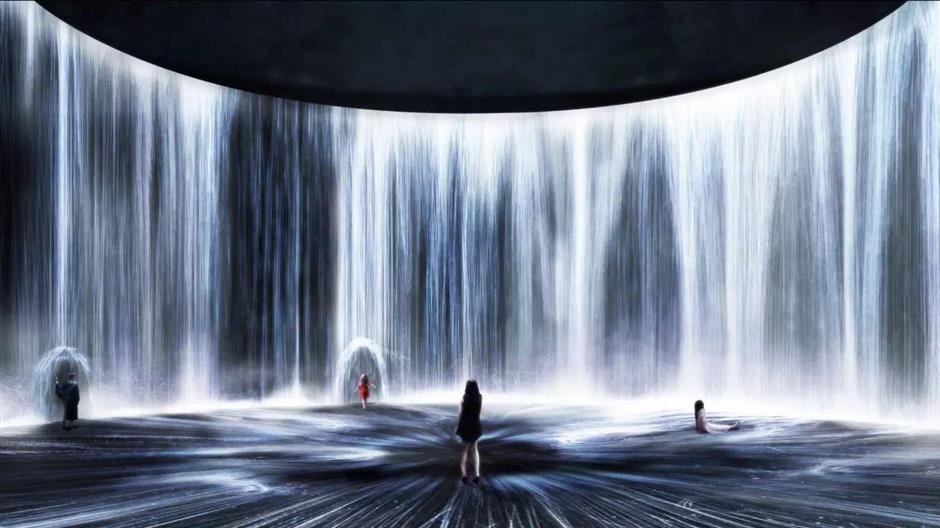 “Universe of Water Particles in the Tank” will be part of the Tank Shanghai inaugural exhibition.

Art group teamLab, composed of artists, programmers, engineers, animators, mathematicians and architects, explores "continuity among people," as well as "a new relationship that transcends the boundaries between people and the world."

There are many tanks. The No. 3 tank, for instance, has a skylight which can be opened and a patio on its roof where visitors can have a drink and enjoy the riverside scenery. Three other tanks are connected by panoramic walkways.

A former water-pumping station near the fuel tanks has become an exhibition site for paintings, photographs and installations. A former port of the fuel supplier has been retained as a riverside platform where visitors can look over the narrowest section of the Huangpu River.

Xuhui riverside was closed for decades as a result of a concrete plant, oil station, shipping dock, railway station and airport all being based there.

Near the oil tanks, the former Longhua Airport, built in 1917 for civil and military use, has been converted into Longhua Heliport to serve the helicopters used in urban management and emergency rescue, with aprons and hangers for 23 choppers. 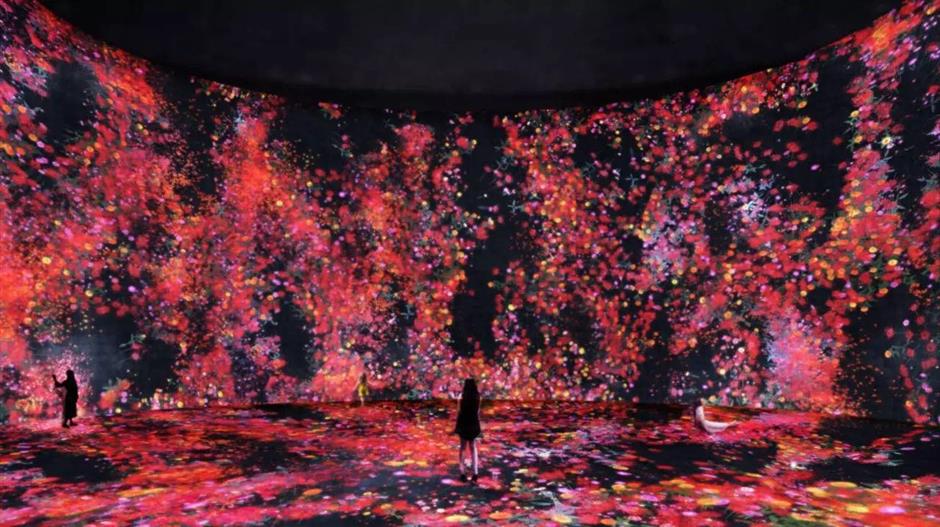 “Flowers and People” attempts to expose the growing process of flowers, from buds to withering, within an hour.