Waste sorting is a new fashion 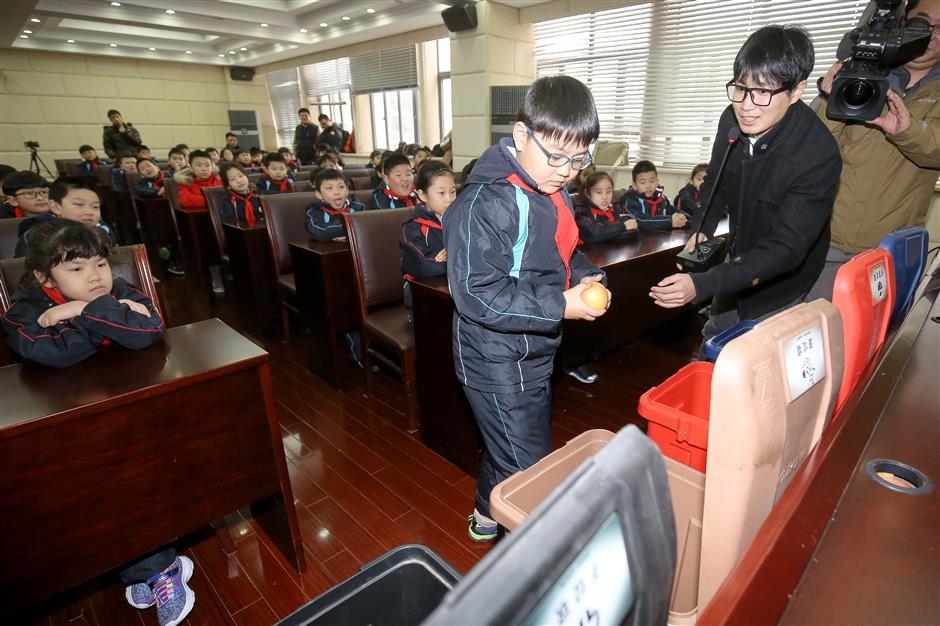 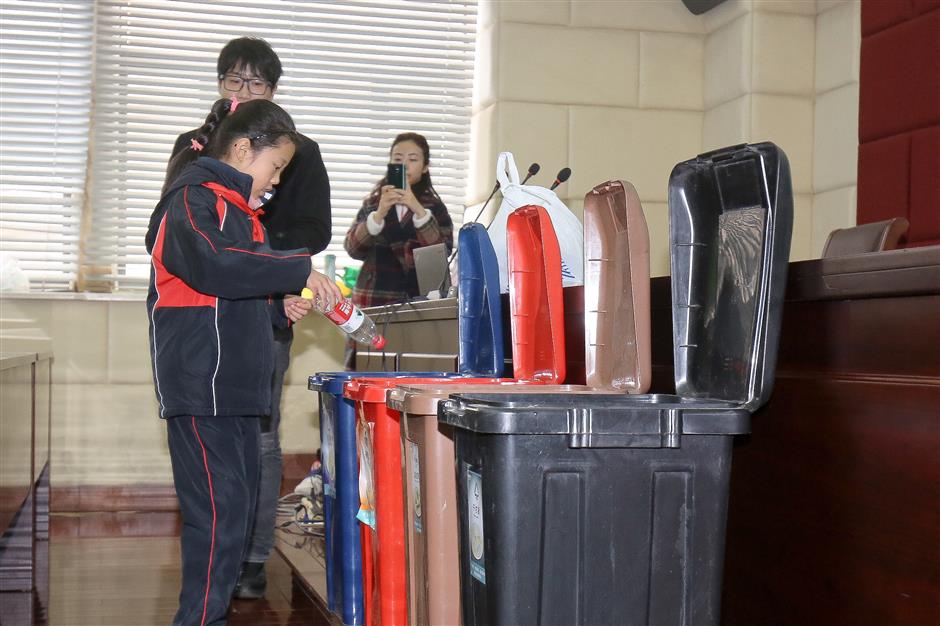 Students at schools and kindergartens in Shanghai had classes on waste sorting on Wednesday.

At Shanghai Huangpu School in Huangpu District, students learned to dump waste into different bins as their first class of the new semester.

“The class was very helpful and interesting. I will certainly tell my family about it when I get home,” said third-grader Sun Huilin.

“I was not sure on how to classify some types of waste properly. I usually put food delivery boxes into the recyclable garbage bin, which turns out is wrong, as I learned today,” said Lu Hongjun, another third-grader. “They should go into the dry or residual garbage bin.”

The school has activities such as special days to collect recyclable items from students, Lu said. Each class has designated students to manage waste classification and bins for different types of garbage in classrooms and public areas.

The Education Commission and the Greenery and Public Sanitation Bureau have organized teams of teachers to instruct waste classification at 16 primary and middle schools this semester. Schools citywide are holding competitions, speeches and exchange events to help students learn about garbage classification.

At Siyan Primary School in Fengxian District, students performed kuaiban (clapper talk) about waste classification, and a student at Shanghai World Foreign Language Primary School in Xuhui District demonstrated how to turn a milk carton into a storage box for hazardous waste.

At the Penglai Road Second Primary School in Huangpu, students made picture books showing “the journey of waste.”

Students at Zhenru Wenying Central Primary School in Putuo District are using kitchen waste to grow plants, and each student has a green account to record profits made by turning waste into treasure. A fund has been established and money earned via the green accounts will be donated to needy schools. 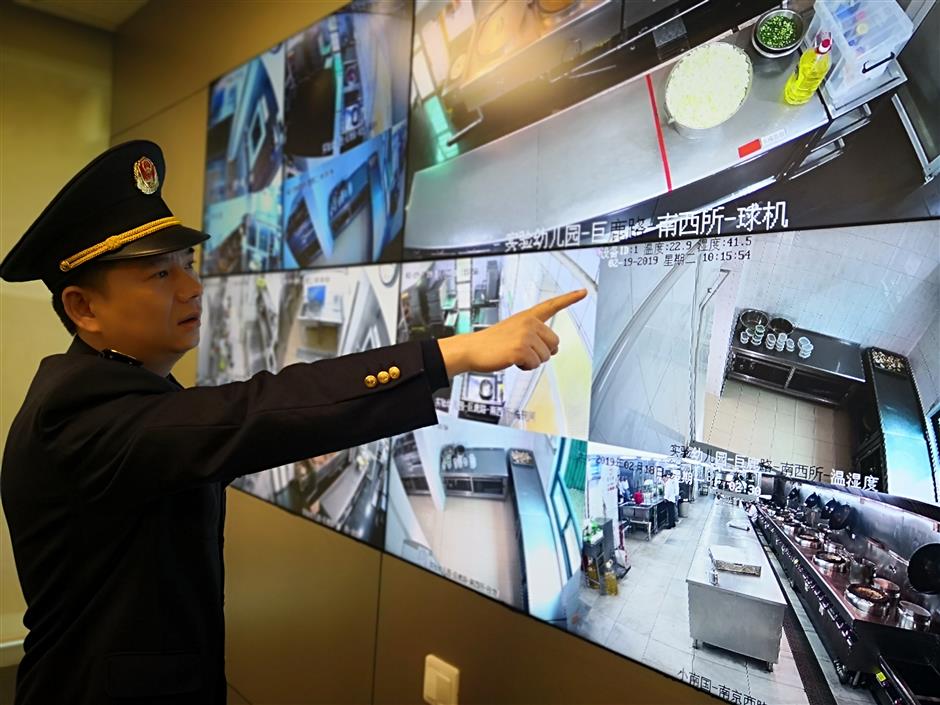 Furthermore, an intelligent remote supervision system has been installed at some schools in Jing'an District to ensure food safety, the district food and market watchdog announced.

The system can spot a variety of problems such as rats or cockroaches in kitchens, abnormal temperatures or humidity and smoking in cooking areas.

An alert will be sent to officials if abnormal operations are observed, and canteen operators will be asked to rectify the situation immediately.

The system will also tell officials when unfamiliar faces appear in school kitchens or if workers are not wearing masks.

“In the past, we relied on video checks to spot irregularities, which made the whole process slow. It was also easy to miss some problems,” said Niu Qi, director of the Nanjing Rd W. Market Supervision and Management Station.

The system will be used in all schools in the district within the year.