More than 40 horses from Australia have arrived in the city for equestrian events after checks by customs in Hongkou District to ensure they are all healthy, customs officers said on Wednesday.

The thoroughbreds are still in quarantine, and blood samples will be collected for further tests. They will be given to customers in early March.

According to the customs, 42 horses from Melbourne arrived at Pudong International Airport earlier this month. Most are one- or two-year-old stallions, including some superior bloodlines, with values ranging from 100,000 yuan (US$14,771) to a million yuan each.

With a boom in horse breeding in China, the number of horses entering the country through Shanghai each year has increased by 20 percent. The majority are thoroughbreds.

Last year nearly 300 horses arrived with a value totalling more than US$ 22 million. 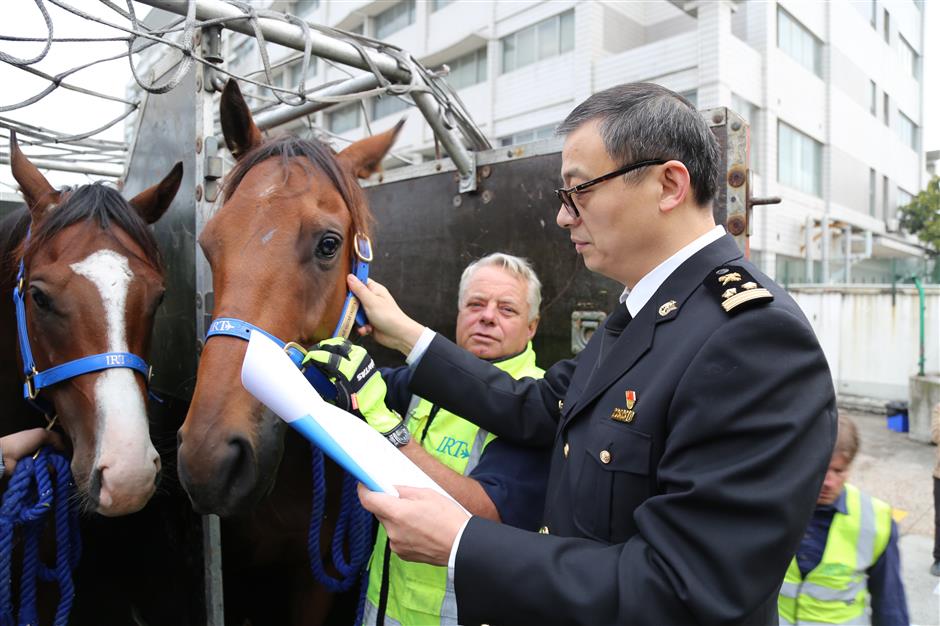 A Hongkou customs officer checks the condition of the horses from Australia. 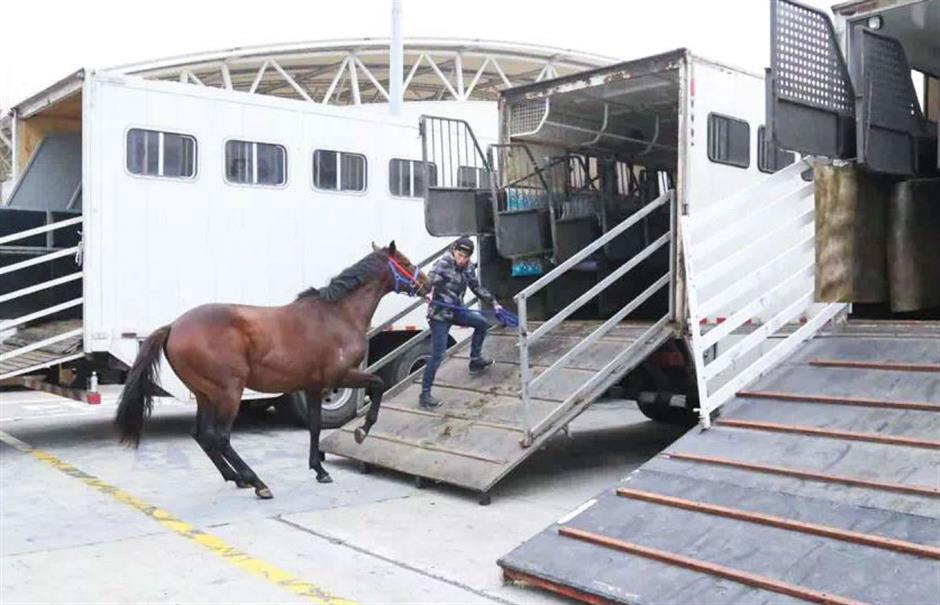 A horse from Australia is being led to the transport vehicle heading to the quarantine farm.