E-sports take off, and this is where it's all happening 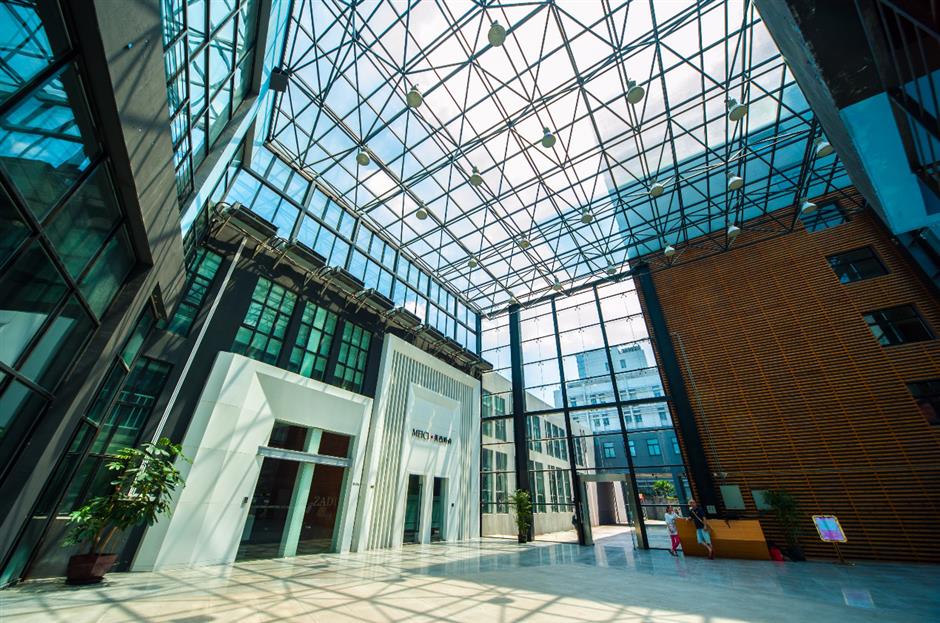 The Zhujiang Creative Park on Lingshi Road is a hub for the development of the local e-sports industry.

To many people, Lingshi Road is no more than a narrow street feeding from the traffic artery of Gonghexin Road. However, the 852-meter-long section in Jing’an is fast becoming a “pilgrimage site” for e-sports fans.

As a pioneer in the burgeoning billion-dollar industry of e-sports, the road is now the heartland of the new craze in the city.

An industrial chain has been formed along 3 kilometers of the road, housing game developers, operators and broadcasters. Many of them are leading players, such as China’s top e-sports club EDG; Panda TV, the Chinese rival of Amazon’s Twitch; Shanghai-based VSPN, which operates 70 percent of e-sports events nationwide; and the local arm of Activision Blizzard, developer of “Call of Duty.”

Zhuang Minghao, vice president of Panda TV, one of the largest live streaming sites in China, was quick to seize the e-sports revolution.

About 18 months ago, he was asked if he thought Hong Kong would become the e-sports hub of Asia.

“The answer is Lingshi Road,” he said.

Recently, Jing’an has mapped out a new plan to further develop e-sports around the road. Under the plan, another 20 well-equipped e-sports venues will be built in the near future, adding to the current 10. The 30 venues will cover nearly 80,000 square meters and hold the world’s leading e-sports games, including League of Legends tournaments.

Jing’an also plans to build a talent pool of promising game players and to attract the world’s best teams. Not just a “pilgrimage site” for e-sports fans, the area also wants to create a new lifestyle community by combining e-sports culture with commercial attractions.

“E-sports is no longer just something undervalued as online games,” according to a report by German consulting firm Roland Berger. “It has evolved into a new trendy lifestyle and a competitive national force.”

According to the Chinese game data analytics platform CNG, there are 626 million online gamers in China.

Revenue of China’s e-sports market grew 5.3 percent last year to 214.4 billion yuan (US$31.65 billion), accounting for almost a quarter of the global e-sports market. About three-quarters of revenue comes from self-developed online games.

Just 10 years ago, the industry barely existed and Lingshi Road was just a byway dotted with abandoned factory buildings.

“I visited the place in 2012, but I saw only a place of desolation, not vitality,” said Lin Yuxin, an executive NEOTV, one of the country’s earliest live streaming platforms. “In 2015, I finally decided to move there because the rental fees were low and more industrial players were converging on the site.”

That year was a milestone in the history of the local e-sports industry.

“At first, the parking lot was nearly empty,” Zhou said. “But now when I look down from my office, I see it’s filled with vehicles, and there are buses painted with logos of different e-sports teams.”

Fans sometimes joke that many League of Legends tournaments boil down to a “civil war” on Lingshi Road.

“E-sports are being recognized by more and more people, and we need to collect resources to increase value,” said Wu Lihua, who helped turn the creative park into the e-sports hub. “We have to create a good environment. We’ve tried to speed up Internet connections, and we’ve talked to authorities for deeper cooperation with foreign teams.”

Currently, one concern is the lack of e-sports professionals, according renowned e-sports anchor and host Zhou Lingxiang, known as Haitao to Chinese fans.

“I’ve seen more new resources and money pouring into the industry,” he said. “But unfortunately, those whom I meet today are still the same old friends. Indeed, we have great leaders, but we are in bad need of grassroot practitioners.”

During this year’s “Two Sessions” of the Shanghai legislature, he proposed the creation of an e-sports college to offer professional training to game players, coaches and judges.

Indeed, across the city, some schools are offering e-sports curricula to foster industry professionalism.

According to the city government, China’s Ministry of Human Resources and Social Security plans to designate 15 new job positions, and two of them are related to e-sports. One is the “e-sports operator” who designs, organizes and holds e-sports games, and the other is the “e-sports player” who plays video games for others, takes part in competitions and provides analysis to game players.

It’s a sign that participating in video-game-playing industry is likely to become a prestigious career in the future.