Underground, under cover of the night 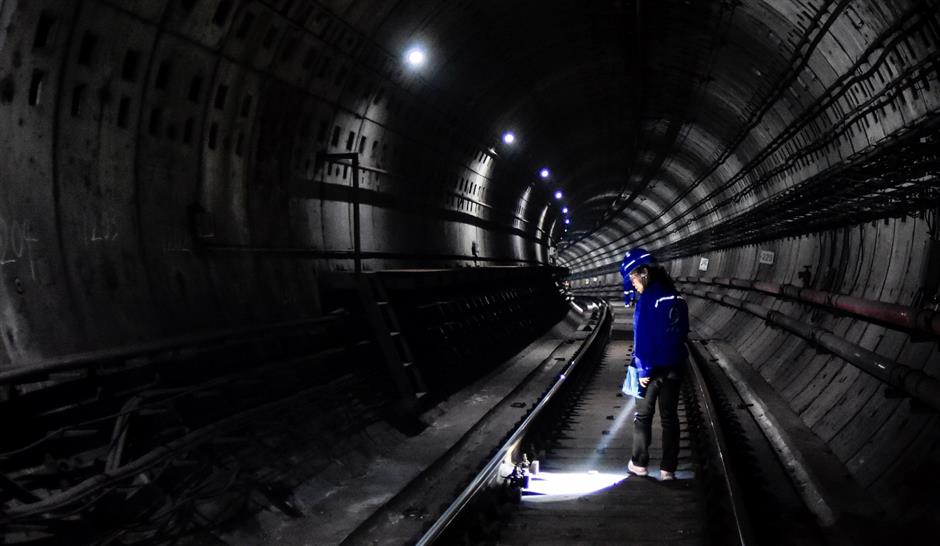 He Xiaoling walks in a Metro tunnel to make sure everything is fine.

He Xiaoling is a guardian of tunnels.

She is the only woman working in Metro tunnel maintenance, and leader of a team of 200. It has taken He more than 20 years to rise to her current position in the city’s tunneling and civil engineering company STEC.

In 1995, before she became a tunnel specialist, He, now 49 years old, was responsible for emergency repairs.

“At that time, people believed that women should not be allowed to enter tunnel. It was pure discrimination,” she said. “I see no difference between men and women. Women can do whatever men do.”

She has to be on call 24 hours a day, seven days a week. In case of emergency, she has to rush to the scene.

“I don’t like to lose and I will never concede defeat. I want to do my best,” she said. “As human beings, we have to achieve something in our lives.”

In 1993, He joined STEC after graduating in chemistry. She was recruited to develop materials, but did not want to sit in an office all day imagining what was going on underground.

“Only as a frontline worker can I really understand the problems,” she said. “At that time, everyone was focused on building the Metro lines, and no one realized the importance of maintenance.”

Based on her proposal, a maintenance team was set up. Initially there were just three of them, but now the team consists of more than 200 people.

Today, the city’s Metro lines crisscross each other under the streets, forming one of the most complicated and busiest Metro systems in the world — 16 lines and 415 stations, stretching 705 kilometers. The yearly passenger flow is 4 billion, and the daily passenger flow is 10 million.

“If we compare the city to a person, the tunnels are our blood vessels,” He said, adding that she is the “cardiovascular specialist.”

She knows every corner of the tunnels and patrols every night. Metro lines usually operates about 18 hours per day, starting about 5am and closing around midnight. It doesn’t leave much time for He and her workers. She leaves home about 10pm and returns around 5am. “We walk an average of 5 kilometers every day,” she said.

She believes that repairmen will never be replaced by machines. “We rely on our skills and experience,” she said.

“In the dim light, it is hard to see pits or holes on the ground,” she said. “The oxygen level in the tunnels is just 75 percent of that above the ground. In the humid atmosphere, we are usually working in soaking wet uniforms.”

All the tools, materials and equipment have to be moved by hand.

“To reduce the possibility of damaging facilities and affecting normal operations, we can’t use heavy machinery, ” she said. “Usually, 10 people carry 2 to 3 tons of materials into the tunnels.” 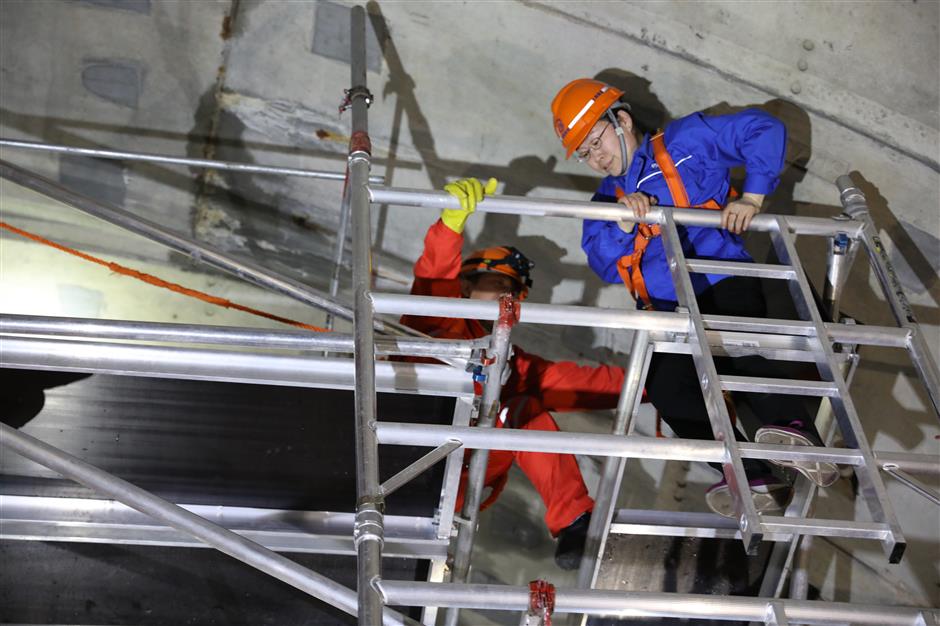 He Xiaoling and a coworker check the top of a tunnel of Metro Line 16.

In a coastal city built on soft soil, major problems include subsidence and leaks. Also, the round tunnels can easily turn into ovals if construction sites are nearby.

He has come up with new ways to deal with some common problems, and her inventions are used in the cities of Shenzhen, Kunming and Guangzhou.

There are about 150 migrant workers in her team. Under her influence, many have pursued further study in the daytime. So far, three of them have been promoted to project managers and other 12 are deputy project managers.

“I feel happy that they rarely complain about the hard work and that they are growing from laborers to technicians,” she said. “They are the real experts. They just need access to education and a platform to fulfill their talent.”

Over years, He has celebrated the Mid-Autumn Festival and Chinese New Year, occasions of reunion, with her team.

“We make dumplings and we cook. It’s great time,” she said.

Her workers also help her get through her shift. “Initially it was hard for me to work at night, but they talked to me and shared their stories, which made the job interesting and warm.”

But she feels sorry for her son.

“When he was just 5, I was working at night and my husband often traveled for business. I left him at home, alone,” she said. “Fortunately, he grew up into a nice, healthy boy. Now in high school, he often reminds me to take care of myself before I leave home, and he orders food for me when I am at home.”

But He has always insisted on making breakfast for her son. “At least I can do something for him,” she said.