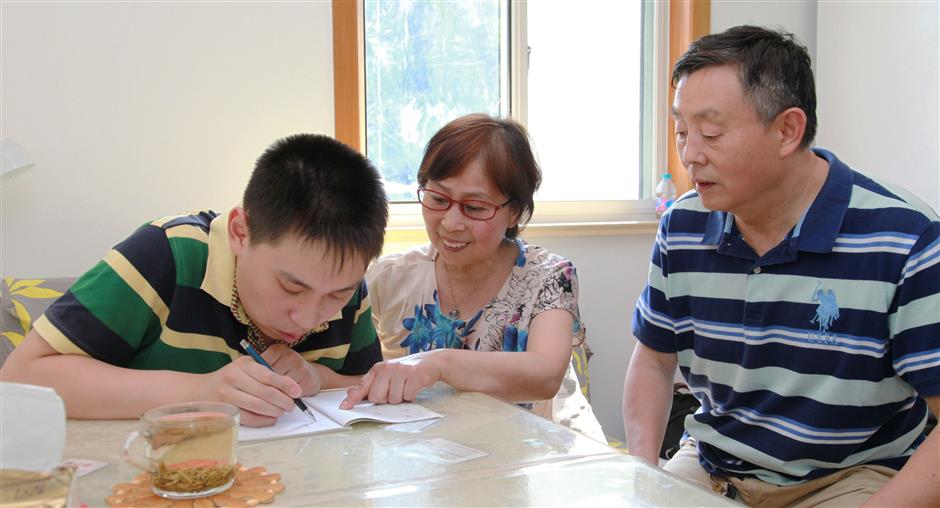 Zhang Canhong and her husband have endless patience with their son Zhou Jiawei.

Zhang Canhong, “Mother Rainbow,” is a kind of saint for many parents who, like her, have devoted their lives to caring for their autistic children.

Mother Rainbow — called so as her name Canhong sounds like caihong (rainbow in Chinese) — has created a haven where parents like her can find help and support.

Hailed as a role model, Zhang has gone hard enough times of her own. “Every day, as my son grew stronger, I grew stronger too,” said the 63-year-old.

Zhou Jiawei, the son in question, was born in 1990. Prenatal scans indicated everything was fine. When Zhou was born, he was a good-looking boy and the toast of the family. While others were intoxicated in happiness, Zhang's instinct told her something was not quite right.

“He was indifferent to everything. When I breastfed him, he didn't even look at me. It was as if we were strangers,” she said. “When other children of his age started to speak, he did not say a single word.”

When Zhou was 3 years old, he was diagnosed with autism. Back to the 1990s, very few of Chinese people knew anything at all about autism. Even some doctors simply believed that autistic children were “slow” or “retards.”

“When doctors told me that they didn’t know how to treat my son, it was a huge blow,” Mother Rainbow said. “They told me had a ‘life-long disability’ and would require life-long care.”

Autism remains a poorly understood neurological disorder marked by impaired communication skills and repetitive patterns of behavior. Autistic children can be slow in learning to speak and refuse to express their feelings. Their introversion is often mistaken for aggression.

There are about 10 million autistic people in China, about a fifth of whom are under 14. Every year 200,000 newborns join their cohort. Precious few schools specialize in caring for them and they often have difficulties in mainstream classes.

“I sent him to a local primary school when he was 6. I already knew it was a long shot, but I hoped that by some fluke he would be accepted. On his first day, it only took only three hours for his teacher to call me and ask me to pick him up,” Zhang said.

Zhou was both disruptive and disturbing. The teacher said he would suddenly bang on the desk or stand up during class. He hid in a corner while the others had lunch. 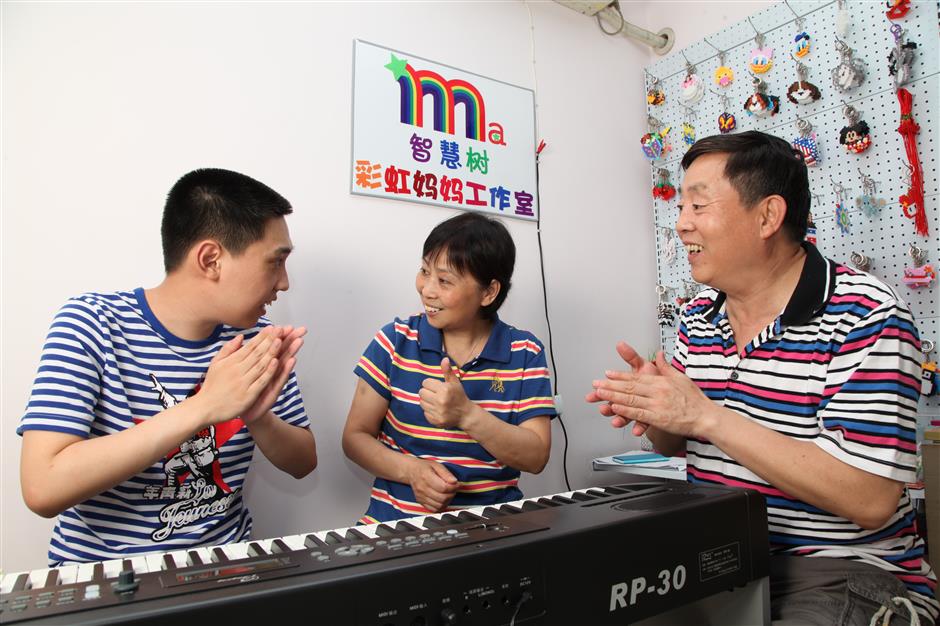 Zhang and her husband encourage their son to sing along with them.

Autistic children are often rattled by new environments, even to the extent of screaming or shoving others away. It is all too easy to interpret their behavior as aggression.

“Outside the school gate, I couldn’t help but cry. As I held him tight, he just laughed,” she said.

With little choice, Mother Rainbow consigned her son to a “special” school, where he remained for 10 years, but all the while she believed that “life offers the best class.”

After 29 years of caring for her son, Zhang feels able to joke that he has turned her husband and herself into actors. “The most important thing is to teach autistic children how to take care of themselves,” she said.

Every day at home, the proud parents stage “sitcoms” to help Zhou make sense of his world.

“He’s like a robot without a program. You can’t expect him to learn and think by himself. He just copies what he sees and recites what he hears. So, we have to input information to his brain,” she said. “My husband and I act out real-life scenes, and he remembers our reactions.”

It has taken years, but Zhou now has some basic life skills. He can dress himself, for example, and brew a cup of tea.

“It took us eight years to teach him how to cross the road safely and how to take bus,” Zhang said. “I remember spending a whole week teaching him to wait when the red light was on and walk when green light appeared. My husband stood on one side of the road and I stood on the other. Passers-by didn’t really understand us.”

When Zhou was 14 years old, the glorious-yet-terrifying day arrived when Zhang let him take a bus by himself.

“I disguised myself as an old man. I wore a hat and fake beard and secretly followed him,” she said. “And he made it. He took the right bus and got off at the right stop.” 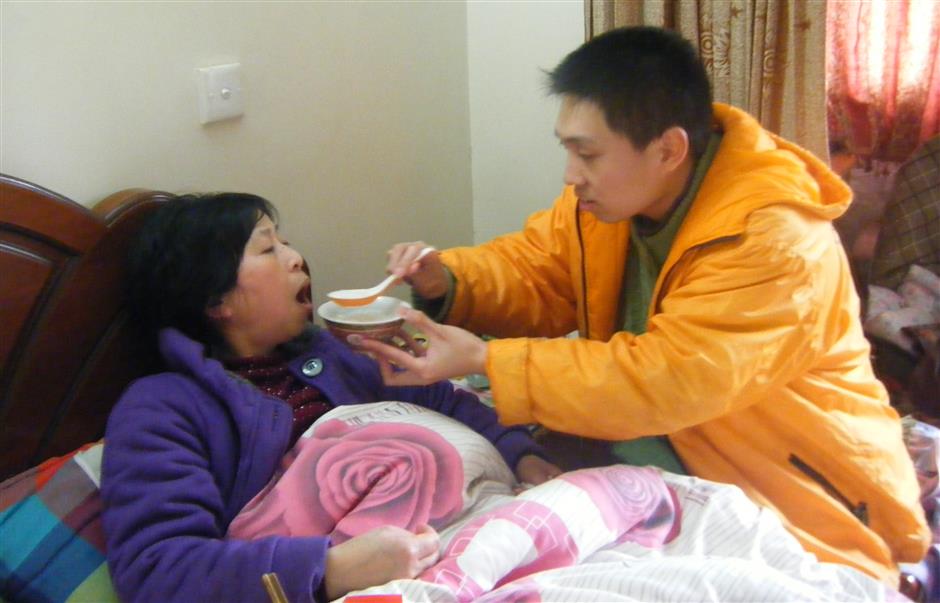 And so it began: Zhou today has many more life skills.

“We have tried to teach him how to respond to emergencies,” Mother Rainbow said.

At home on Tuesday afternoon, Zhang pretended to fall and told him: “Jiawei, I feel bad.” He rushed to her side and held her, and said: “Are you okay?”

His expressionless face registered no real concern for his mother, but his actions were those of a good son and Mother Rainbow was happy enough and a little proud. “He did quite a good job,” she said.

The story of her tiny but continual successes spread among parents of other autistic children, and many turned to her for advice. In November 2013, she set up her consultancy and fully took on the mantle of Mother Rainbow.

With a third of the family’s savings, she rented a 60-square-meter unit on the first floor of her residential complex. There, autistic children can paint, dance and do DIY, while their parents get a little sage advice and a lot of understanding.

“Many parents develop problems, especially depression, which is a drag on their physical health,” she said.

One family of autistic twins lost their mother to stomach cancer last year. The father was busy at work, so his sister came to take care of them.

“She left her own child with her husband, which caused a severe dispute. Her husband even asked for a divorce,” Zhang said.

When his mother died of lung cancer and his father suffered a stroke, another 31-year-old autistic patient was forced to spend all day with elders in his neighborhood.

Mother Rainbow is determined to help all these people cope. She runs two WeChat groups of 1,000 families across the country. Between March 1 and 4, she took 22 local families with autistic children to Zhejiang Province to enjoy the hot springs.

“I love take bath in the large pool,” Zhou said, smiling and strutting around.

“His life is quite OK now. He likes to do housework,” Zhang said. “What worries us most is who will take care of him after we die.”

The solution, according to Mother Rainbow, is care centers. “We are badly in need of professional caregivers who know to deal with autistic people.” 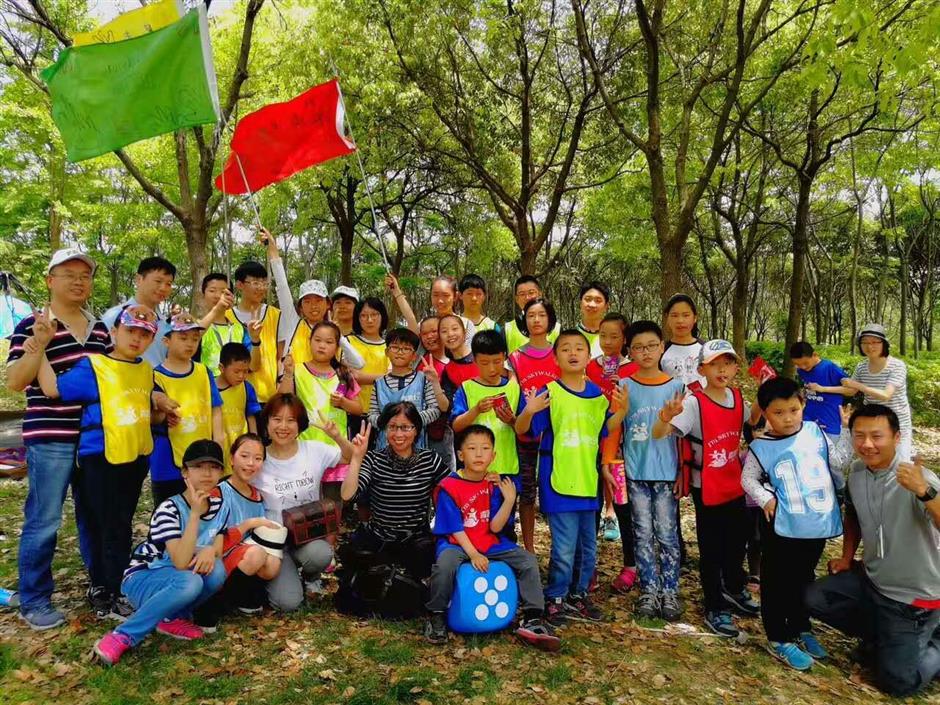 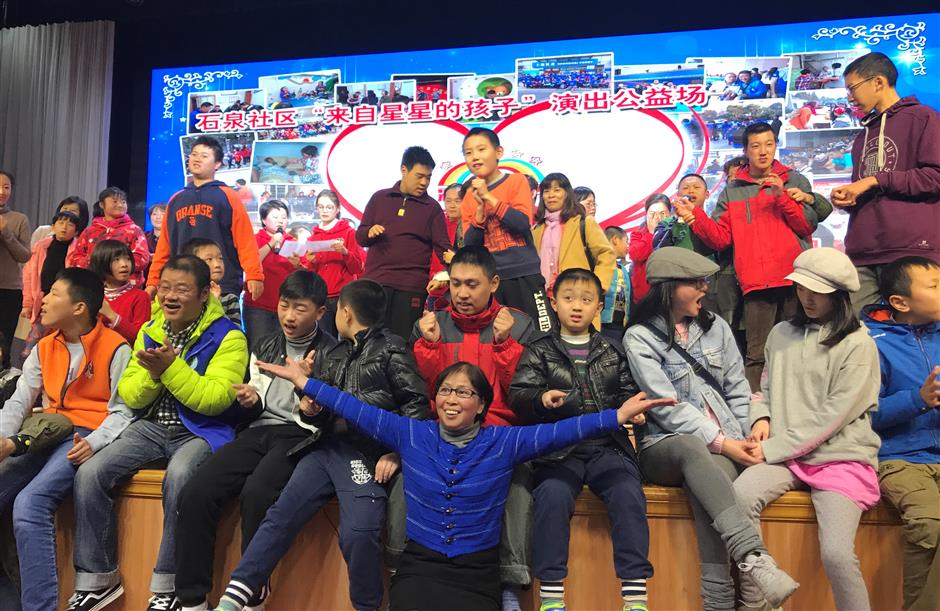