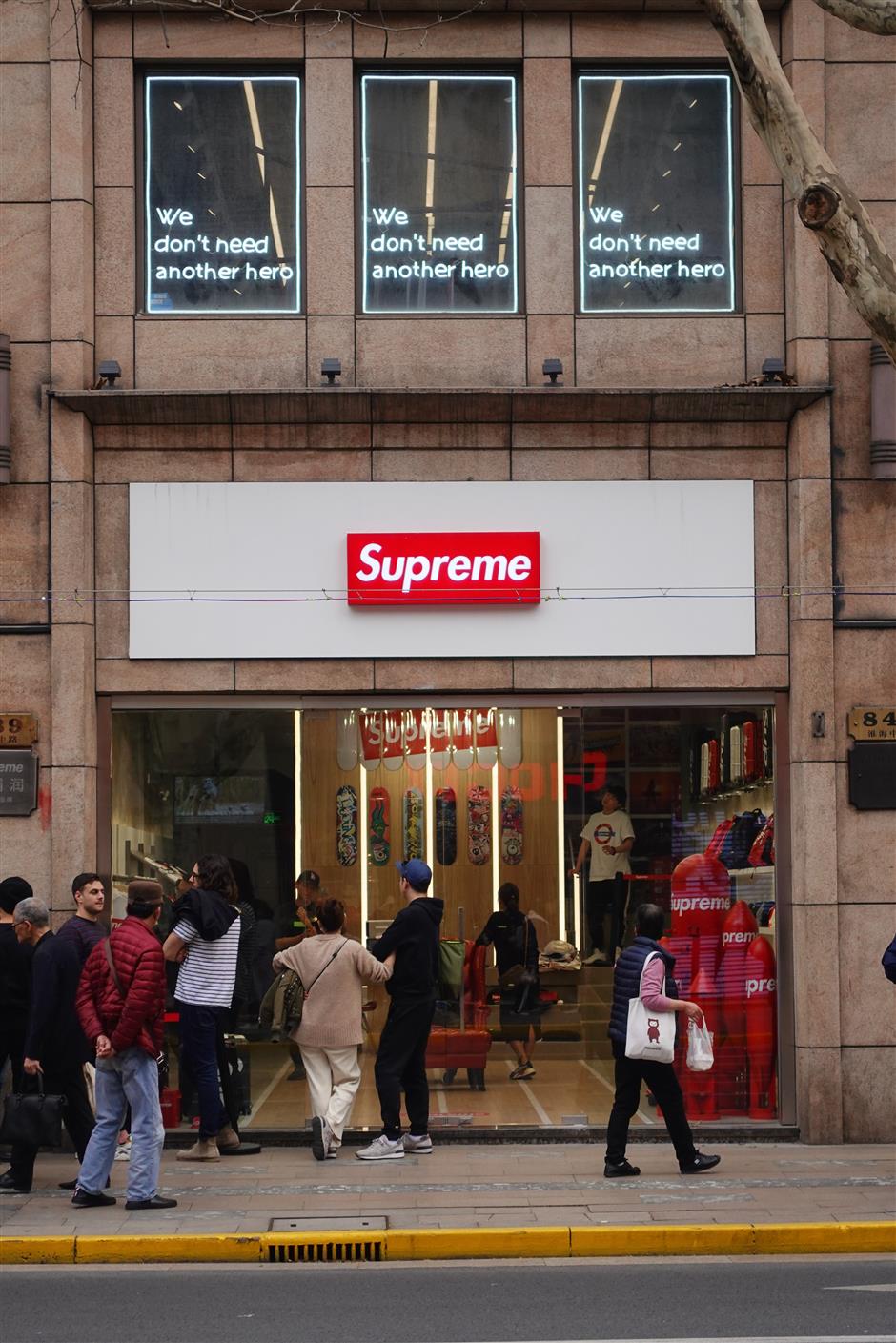 The store on Huaihai Rd M.

The Shanghai Market Supervision and Management Bureau said an investigation is underway but released no details.

The store was opened on March 7 on downtown Huaihai Rd M. by International Brand Firm (IBF), a British company. It intends to open another two-story store on Wuzhong Road in Minhang District.

It also plans to sell on Chinese e-commerce platforms Tmall and JD.com.

Supreme founded by James Jebbia in New York in 1994 has 11 stores in the United States, France, Japan and Britain.

The design, trademark and product categories of Supreme Italia are all similar to American brand Supreme.

Chapter 4 Corp said it "has taken action in China against the counterfeit organization IBF/Supreme Italia and their partners who plan to open fake stores in Shanghai," in a statement released on March 13, according to Jiemian.com.

"IBF impersonates SUPREME, sells counterfeit goods and misleads law enforcement, reporters and even companies like Samsung who have not undertaken full diligence on this counterfeit operation," it said in the statement.

"Most importantly, they rip off and defraud consumers. We are confident that rule of law will prevail against these fraudulent parties as it has already done in previous legal actions and Chapter 4/SUPREME will continue to pursue action globally."

If unfair competition is affirmed by authorities, the administrative penalty of halting sales, confiscating counterfeit products and fines will be imposed based on China's law, Huang said.

The Huaihai Road M. store was targeted by loyal Supreme fans who spray painted "ITALIA FAKEASS" and "SHANGHAI READY FOR FAKE SUPREME" on its door before its opening. 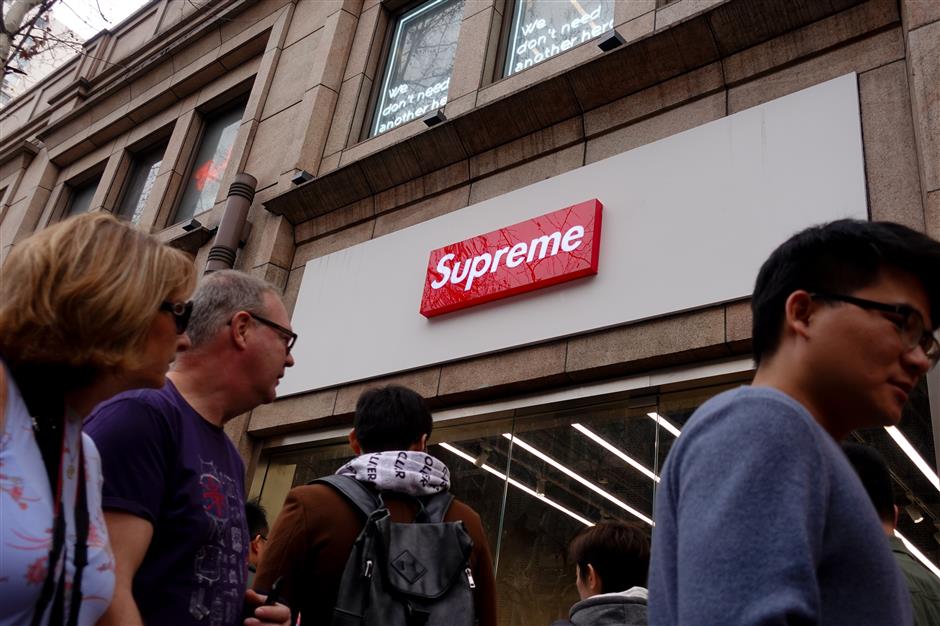 Monica Zhang, a white-collar worker nearby, said: "I don't understand how a fake Supreme store can open in such a downtown area, and I am curious about how long they can sustain it."

Cynthia Hong, 28, said: "I know the trademark dispute, but I didn't know the Huaihai Road store was not opened by the US company. It is difficult to differentiate between the Supreme Italia and Supreme NY."

South Korea’s Samsung announced in February that it had stopped cooperation with Supreme Italia.

In December it had announced a strategic cooperation partnership with Supreme Italia.

During the press conference, a so-called "Supreme CEO" said "Supreme" planned to open a seven-floor flagship in Sanlitun in Beijing and host a runway show at Mercedes-Benz Arena in Shanghai in 2019.

The "CEO" also claimed the company would open stores in big and medium-sized cities across China in 2019. Supreme quickly posted on Instagram that it "is not working with Samsung, opening a flagship location in Beijing or participating in a Mercedes-Benz runway show."

The legal battle is also being waged in other countries.

In 2016, Supreme filed a lawsuit against Supreme Italia in Milan, Italy. It ruled the case as unfair competition and about 120,000 bogus Supreme Italia products were seized.

However, a Trani court in Italy ruled that Supreme Spain did not infringe the intellectual property of Supreme later in the same year. 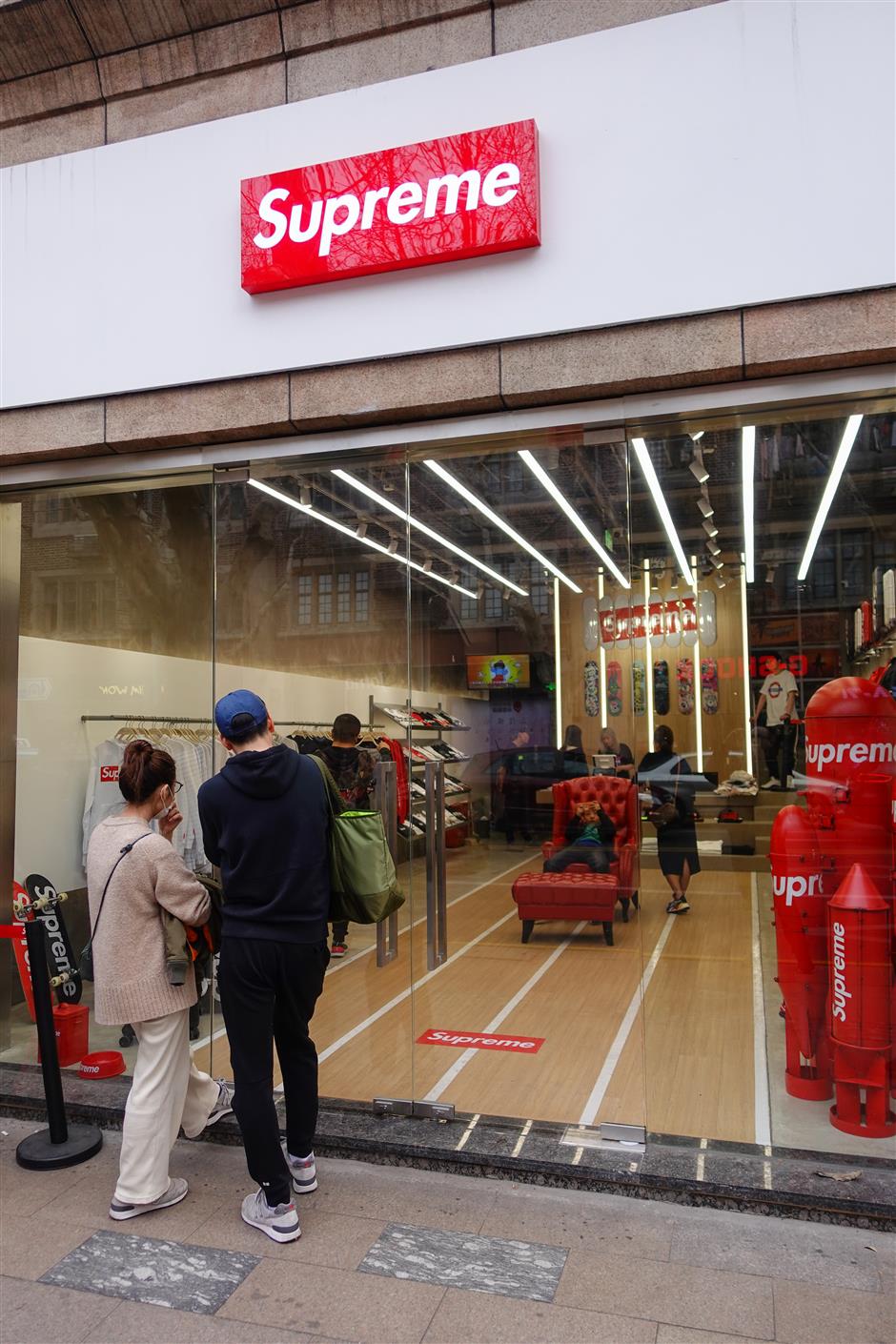