Tank is full of art exhibitions 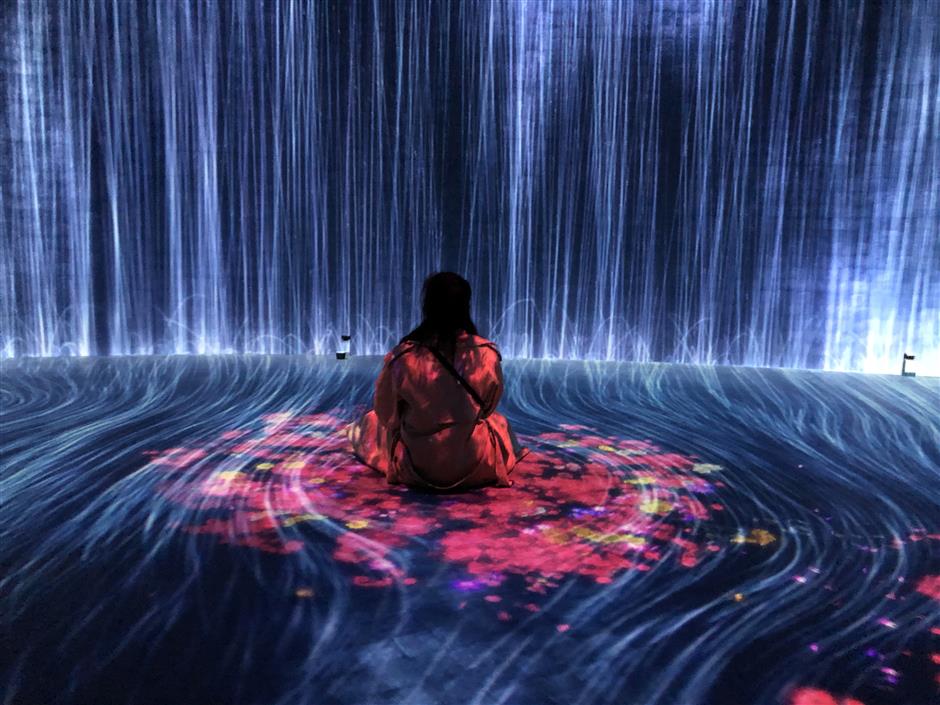 The “Universe of Water Particles in the Tank” by teamLab in Tank No. 5

Six years in the making, the much-anticipated Tank Shanghai will officially open with three exhibitions on Saturday in West Bund, which is the Huangpu River waterfront in Xuhui District.

Tank Shanghai is a radical departure from the traditional "White Box” style of gallery.

One of the exhibitions is “Universe of Water Particles in the Tank” by teamLab.

Waterfalls projected onto the walls inside are accompanied by soothing music, which gives it a special Zen touch and immersive feel.

The exhibition will run until August 24 inside Tank No. 5.

The other two are “Under Construction” featuring a cluster of works created by 13 Chinese contemporary artists in Tank No. 4, and a solo sculpture exhibition of Adrian Villar Rojas' work in Tank No. 3.

Qiao Zhibing, founder of Tank Shanghai, said that it took nearly six years for the renovation and the redesign of the tanks.

“The first time I saw these tanks, the industrial heritage and the energy hidden in the space inspired my passion to run them as a unique non-profit art organization,” Qiao said.

For decades, Xuhui riverside has been closed because of the area's past as a site for heavy industry.

But now West Bund is becoming a center for art as a cluster of private art museum and galleries.